The FDA has halted enrollment on clinical trials of tazemetostat in patients with various solid tumors and hematologic malignancies. 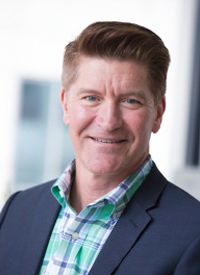 The FDA has halted enrollment on clinical trials of tazemetostat in patients with various solid tumors and hematologic malignancies, according to Epizyme, the manufacturer of the EZH2 inhibitor.

Previously enrolled patients without disease progression can continue on study. The FDA placed the partial clinical hold on the tazemetostat program after Epizyme provided a safety update detailing a pediatric patient with advanced poorly differentiated chordoma enrolled in a phase I trial who developed a secondary T-cell lymphoma.

The patient had been enrolled in the trial for around 15 months at the time of the safety update and had reached a confirmed partial response. Following the diagnosis of the secondary malignancy, the patient stopped tazemetostat and is now receiving therapy for T-cell lymphoma. According to Epizyme, this is the only incident of secondary lymphoma reported among over 750 patients who have received tazemetostat in their clinical program.

“Patient safety is of the utmost importance to Epizyme. We are working expeditiously with clinical trial investigators and regulatory authorities to initiate the appropriate steps to resume enrollment,” Robert Bazemore, president and chief executive officer of Epizyme, said in a statement.

“Epizyme, along with our global investigator community, has been very encouraged by the clinical responses and tolerability of tazemetostat observed in pediatric and adult patients with hematological malignancies and solid tumors enrolled in our trials. We remain encouraged by the potential of tazemetostat to address the unmet needs of many patients living with cancer,” added Bazemore.

Phase II data were presented at the 2017 ASCO Annual Meeting for patients from an open-label, single-arm study. The findings included 31 patients treated with 800 mg of tazemetostat in continuous 28-day cycles until progression, unacceptable toxicity, withdrawal, or study termination.

Tumor response was evaluated every 8 weeks. Disease control rate (DCR), defined as objective response of any duration or stable disease lasting ≥32 weeks, was the primary endpoint. Success at stage 2 required DCR in at least 5 of 30 treated patients. Fifteen patients (48%) had distal tumors. The remaining tumors were proximal.

The median progression-free survival was 5.7 months. DCR was 10% with a confirmed response rate of 13% and a stable disease rate of 19% at ≥32 weeks. Seven patients (23%) had disease progression.

Best overall response was partial response (13%), and there were no complete responses recorded. Thirteen patients remain on treatment, and DCR and ORR outcomes will be updated as the data matures.

The FDA in April 2017 granted fast track status to tazemetostat for the treatment of patients with relapsed or refractory follicular lymphoma, either wild type EZH2 or with EZH2 activating mutations. The agency granted the drug Fast Track status in 2016 for patients with relapsed/refractory diffuse large B-cell lymphoma with EZH2-activating mutations.