FDA Panel to Review Blinatumomab Application for MRD-positive ALL 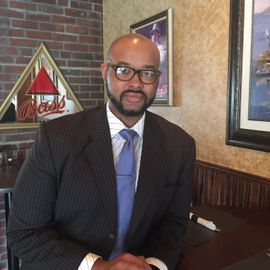 The FDA's Oncologic Drugs Advisory Committee is slated to review a supplemental biologics license application for the use of blinatumomab for the treatment of patients with minimal residual disease-positive B-cell precursor acute lymphoblastic leukemia.

The FDA’s Oncologic Drugs Advisory Committee (ODAC) is slated to review a supplemental biologics license application (sBLA) for the use of blinatumomab (Blincyto) for the treatment of patients with minimal residual disease (MRD)-positive B-cell precursor acute lymphoblastic leukemia (ALL).

The ODAC meeting is scheduled for March 7. A Prescription Drug User Fee Act target action date for the sBLA has been set for March 29.

David M. Reese, MD, Amgen senior vice president of Translational Sciences and Oncology, said in a press release that this is the first sBLA submitted for an MRD-positive indication.

“Currently there are no approved therapies for patients with MRD-positive ALL, representing a significant unmet need,” he said. “After achieving remission, the presence of MRD is the strongest prognostic factor for relapse in acute lymphoblastic leukemia. However, today up to half of patients remain MRD-positive after induction treatments and receive limited clinical benefit from treatments like chemotherapy or stem cell transplantation as a result of failure to identify and treat this residual disease.”

In the BLAST trial, investigators working at 46 medical centers in Europe and Russia enrolled patients into this open-label, single-arm study from November 2010 to February 2014. Patients received 15 μg/m2 of blinatumomab daily by continuous intravenous infusion for up to 4 cycles. Each cycle comprised 4 weeks of blinatumomab infusion followed by a 2-week treatment-free period. Patients could receive HSCT any time after cycle 1 at the investigator’s discretion.

Adult patients with B-cell precursor ALL in first or later hematologic complete remission (CR) and with persistent or recurrent MRD ≥10−3 after a minimum of 3 blocks of intensive chemotherapy were eligible for inclusion. Median age was 45 years (range, 18-76). At baseline, 47% of patients had MRD ≥10−2 and 35% were in second or later hematologic CR.

Among the 110 patients from the full analysis set who had Ph-negative disease and <5% blasts at baseline, the Kaplan-Meier estimate for RFS was 54% (95% CI, 33-70) at 18 months, exceeding the prespecified boundary of 28%. Estimates for RFS at 18 months were similar with or without censoring for post-blinatumomab HSCT and chemotherapy.

Two patients experienced fatal AEs during the treatment period, including 1 atypical pneumonitis with H1N1 influenza that investigators determined was related to the study treatment.

Blinatumomab is currently approved for the treatment of adults and children with relapsed/refractory B-cell precursor ALL, regardless of Ph status. 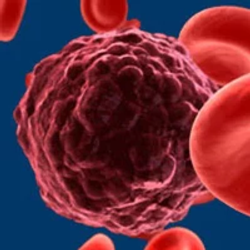