Michelle Ghert, MD, FRCSC, discusses the PARITY and SAFETY trials and the future of research in orthopedic oncology. 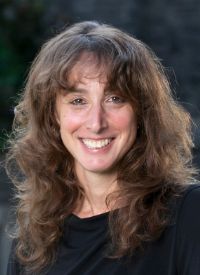 PARITY, is comparing the rates of deep infection in endoprosthetic reconstruction of the lower limb of 1 day with 5 days of antibiotics in 600 patients undergoing limb salvage surgery for bone cancer.

“[In the past], countries have collaborated by looking at charts for certain tumors, but this is the first prospective study where we work in real time going forward together,” said Ghert.

Another international study, the SAFETY trial (NCT03944798) recently began accrual and will evaluate the efficacy of chest computerized tomography (CT) versus chest radiograph in patients with primary extremity sarcoma that has metastasized to the lungs.

In an interview with OncLive® following the 2019 Musculoskeletal Tumor Society Annual Meeting, Ghert, a professor in the Department of Surgery at McMaster University, discussed the PARITY and SAFETY trials and the future of research in orthopedic oncology.

OncLive: Could you provide an overview of the PARITY study?

Ghert: For the PARITY study, we had 55 sites that opened in 12 countries. That is the highest number of countries to participate in an orthopedic surgery trial ever. It's a big study, and we have one more patient [who is in the process of enrolling], which will bring us to 600 patients. After that, we have another year of follow-up and another year of data follow-up and analysis before we announce the results.

How has the collaboration process with other countries been for this study?

It's been an extremely interesting challenge. The PARITY study is a drug trial, because we're studying postoperative antibiotic regimens. How [many days of] antibiotics do we give patients to prevent infection? We use the drug cefazolin (Kefzol), which is a very old drug.

Since this is considered a drug study, it is treated the same stringency that a new drug trial would. The pharmaceutical companies have to go through a lot of hoops. We have had similar challenges because we're working with drugs and drug regulations. We had to have approval by Health Canada. It was very challenging and difficult to get Europe involved, but we eventually did because we have champion [physicians] there who pushed through.

The experience has been absolutely fascinating and very rewarding because I've been able to work with people like myself around the world. We are all dedicated to improving the care of our patients, which is something we have in common. [I would describe this experience as] rewarding, because it feels really good to work with other people who [have the same goals and mindset]. There have been good days, bad days, and days in the middle.

It's been a very long process. The first patient was enrolled in 2013 and we are just about to enroll our last patient [in October 2019], meaning enrollment lasted 6 years. We need to publish several papers each year [as per our] university [guidelines], and [working on the PARITY trial] is not the way to do it. However, this is a very important study. I can do other research simultaneously to publish to meet my university’s goal.

Has this trial opened the doors to have additional international trials in this field?

PARITY is almost done [with accrual]. We are very meticulous in the way [the study] is done because when we go to publish, we want to make sure everything is as solid as it can be. In the meantime, because we have a group of surgeons who have worked together to identify the next priorities in our field, we also created the SAFETY trial.

As we get our patient population involved [in the SAFETY trial], eventually we will pick up some more sites in Canada and [throughout the world]. It will be another very long process, but it's the process that is the most important. In the end, we will have results of another trial, but as we establish the process, when someone else wants to do a trial in this field, they have the network and the methodology to do it. This is something we are building for the future.

What other exciting research is happening in the field?

The American Academy of Orthopaedic Surgeons Musculoskeletal Tumor Registry that Benjamin K. Miller, MD, and his team are doing is a first step with lots of details to work out and challenges to overcome. We [in the orthopedic oncology community] always talk about doing prospective studies and having a prospective registry. He has the traction on that and it's really exciting.

At this point in time, there is not a lot of research on new ways to help our patients; however, that doesn't mean there won't be [new research] in the future. Creating systemic treatment takes a very long time and is very incremental. Chemotherapy is not very helpful in some of our patient populations, and long-term survival has not changed in many decades. Some other cancers have very exciting new developments but that has not panned out in sarcoma, whether that is because sarcoma is not the type of cancer that responds to these treatments or because we haven't figured out which one [responds the best] yet.

I started the PARITY trial 10 years ago because I was [frustrated] with nothing happening [in the orthopedic oncology field]. Overall, there are moments [of progress] coming through.

How is immunotherapy currently being used in orthopedic oncology?

There is a lot of research in immunotherapy because that has been successful in some cancers, such as lung cancer and melanoma, which are types of cancer that have a high mutational load. There is some research going into immunotherapy and looking at how to make sarcoma more responsive to immunotherapy. [Immunotherapy] is something that will be a big development for sarcoma in another 1 or 2 decades. There is a lot of potential to turn the immune system against cancer, just doing it the right way and having the tools to do it is what we are moving toward.