The GPRC5D- and CD3-directed bispecific antibody forimtamig led to high response rates in patients with relapsed or refractory multiple myeloma regardless of subcutaneous or intravenous administration, according to updated findings from a phase 1 dose-escalation study. 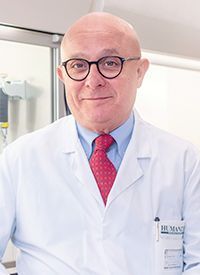 The GPRC5D- and CD3-directed bispecific antibody forimtamig led to high response rates in patients with relapsed or refractory multiple myeloma regardless of subcutaneous or intravenous (IV) administration, according to updated findings from a phase 1 dose-escalation study that were presented at 2022 American Society of Hematology Annual Meeting.

The agent, forimtamig, may also elicit long-term treatment responses lasting for at least a median of 10 months, according to the findings.

To be enrolled, patients must have presented with relapsed/refractory multiple myeloma and underwent prior treatment with an immunomodulatory agent and a proteosome inhibitor. They also qualified for enrollment if there were no established therapies for their disease, or appropriate or tolerable treatments available.

However, patients were permitted to have previously been treated with CAR T-cell therapies, as well as antibody drug conjugates and bispecific antibodies.

Forimtamig, a GPRC5DxCD3 T-cell engaging bispecific antibody, was administered to patients on a once every 2 weeks schedule for 1 year. The primary end point was to determine the maximum tolerated dose, as well as the recommended phase 2 dose and safety. Additional end points included pharmacokinetics and pharmacodynamics, as well as the immunogenicity and efficacy of the drug.

More than half of each treatment arm experienced a grade 3/4 adverse effect (AE) following the use of study drug delivered intravenously (68.6%) or subcutaneous forimtamig (73.7%).

Patients in the IV cohort were more likely to experience a serious AE (68.8%) than those who received treatment subcutaneously (61.4%). The occurrence of cytokine release syndrome (CRS) was common in both treatment the IV (82.4%) and subcutaneous (78.9%) arms. However, almost all (97.8%) CRS events were resolved by data cut-off.

Both forms of forimtamig were effective. The overall response rate was 71.4% among those treated with IV forimtamig and 63.6% in those who received study drug subcutaneously.

Of note, the lead study author, Carmelo Carlo-Stella, MD, PhD, section chief of Lymphoid Malignancies and Cancer Therapeutics at Humanitas Clinical and Research Center—IRCCS in Italy, highlighted the duration of response in both arms.

Carlo-Stella concluded and explained that ongoing studies are evaluating ways to optimize both the subcutaneous and intravenous dosing of forimtamig.