Scott Gottlieb, MD, discusses facets of biosimilar development as well as commercial and policy changes that could have the greatest impact on the use of these products in the field of oncology.

There are several impediments in bringing biosimilars to market, including a general lack of education, according to former FDA commissioner Scott Gottlieb, MD.

“If you look at the early days of the Hatch-Waxman Act, there was a lot of physician reluctance to adopt small molecule generic drugs because of the perception that they weren't the same as the branded drug,” said Gottlieb. “Eventually, physicians got comfortable with generic drugs and understood that they were just as safe and effective as their branded counterparts. We're seeing the same evolution with biosimilars.”

However, lack of education is only one of the current barriers faced with biosimilar uptake, added Gottlieb. The cost of development and the rebates that incentivize payers to include biologics on their formularies are also key concerns that will need to be addressed.

In an interview with OncLive, Gottlieb, resident fellow at the American Enterprise Institute, partner at New Enterprise Associates, and member of the board of directors of Pfizer, discussed facets of biosimilar development as well as commercial and policy changes that could have the greatest impact on the use of these products in the field of oncology.

OncLive: What policy changes could have the greatest impact on the use of biosimilars?

Gottlieb: Many of the challenges that we see with biosimilars aren’t necessarily related to the regulatory process. [We need to] reduce the cost to enter the market, make it more efficient to get claims of interchangeability and to extrapolate [the data] across different indications, so that when a biosimilar launches, it can do so with a full suite of indications that the reference product has. This is going to help facilitate a more competitive market. Many of the challenges with bringing biosimilars to market [have to do with] reimbursement and coverage.

Another challenge is physician adoption. There is reluctance among physicians to adopt biosimilars; I don't believe that is unexpected. Another impediment is the rebates that exist on the incumbent biologic. One thing we might look at is whether or not rebates should be allowed on branded biologics once a biosimilar enters the market. We talked about doing away with the safe harbor for rebates for all drugs in part D of the Medicare [Prescription Drug Coverage plan]. There was a rule-making process to look at whether or not Medicare should eliminate the safe harbor for manufacturers to negotiate these rebate agreements with pharmacy benefit managers. That ultimately didn't go forward.

However, one place where we might reconsider reintroducing that concept is when a biosimilar enters the market. You could make an argument that the ability to get a rebate off of the incumbent biologic is anti-competitive. We might look at narrowly tailoring that policy for that specific setting.

Are phase III trials a necessary part of the approval process for biosimilars?

The process for developing a biosimilar is fairly efficient; however, it's costly. Biosimilar manufacturers will say it costs anywhere between $100,000,000 to $300,000,000 to develop a biosimilar. A good portion of those costs aren't necessarily the clinical trials; rather, it’s the cost of developing the biosimilar. It's not a trivial process, and the manufacturing cost is substantial. You have to make a big investment in manufacturing. If there are ways to continue to make the development process more efficient in terms of the kind of clinical information that's required for the regulatory process, I don't believe you would ever eliminate it. There is always going to be a need to do some level of clinical evaluation in order to prove the similarity of the biosimilar to the incumbent biologic. There are ways to make that process more efficient, but that toggle isn't going to dramatically change the value proposition and the opportunities for biosimilars. Where we're going to have the most ability to try to move the needle when it comes to biosimilar adoption is more on the commercial side. [It’s all about] physician adoption, acceptance, and education of biosimilars.

If the Affordable Care Act (ACA) is invalidated and the Biologics Price Competition and Innovation Act (BPCIA) is repealed, what could replace the BPCIA?

Are there revisions that Congress should make if they get the opportunity?

I believe Congress struck the right balance [with the current act]. Congress gave enough flexibility to the regulatory authorities to continue to evolve the biosimilar pathway. In terms of the data protection that was provided, they struck the right balance to create incentives to continue to invest and innovate, while still creating an entry point for lower cost competition. The challenge now is continuing to improve the regulatory process to make it more efficient and at a lower cost, so you see more [biosimilars enter the market]. We have to examine why we don't see as much physician adoption as we probably should, given the value of these products and the rigorous process that they go through.

I would like to see us continue to try to make it efficient for biosimilars to get claims of interchangeability; that will ultimately help make the products more competitive. The process of conducting switching studies to get an interchangeability claim is fairly effective. However, we should continue to look at the use of real-world evidence and how we structure those switching studies to potentially make it more efficient. Sometimes those studies are hard to enroll because doctors don't want to enroll patients and patients don't want to enroll in those kinds of studies; we need to continue to evaluate that. However, I don't believe that is the biggest impediment to fostering more competition. The greatest changes we can make are really going to be on the commercial side. 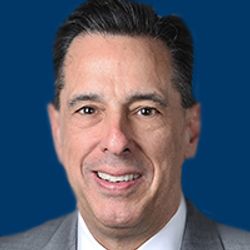