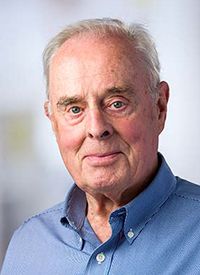 Last week, leading researchers from around the globe visited Seattle to honor the man and to discuss the future of transplantation, gene and cellular therapies at the inaugural Dr E. Donnall Thomas Symposium.

Thomas, who passed away in 2012 at the age of 92, led research that has been transformative for generations. Among the participants celebrating his legacy was Dr Rainer Storb, one of the original Fred Hutch scientists who worked with Thomas and still heads the Transplantation Biology Program; and graduate student David Granadier, whose poster about regeneration of the thymus gland — a source of disease-fighting T cells — was awarded top prize by conference organizers.

At the start of the symposium, Dr Thomas J. Lynch, Jr., president and director of Fred Hutch and holder of the Raisbeck Endowed Chair, told the gathered experts that their field, which sprang from bone marrow transplantation science, has made it possible today to turn the human immune system on to fight specific cancers.

“It has made a huge difference in the lives of our patients,” he said.

The explosive growth of immunotherapy was highlighted in a keynote presentation by renowned University of Pennsylvania immunologist Dr Carl June, who treated the first patients with CAR T-cell therapy — blood cells genetically engineered to attack leukemia — in 2010.

June traced his interest in the field to his own training at the Hutch in bone marrow transplantation under Dr Thomas, beginning in 1983. Thomas and his team proved that immune cells transplanted from donors were preventing relapse of cancer in recipients through an effect known as “graft-vs.-leukemia.” From that insight, that the immune system could be harnessed to control cancer, came the idea of modifying a patient’s own immune cells with enhanced tumor-fighting capabilities.

June reflected on the years since those first CAR-T cell transplants, and how a pharmaceutical industry has blossomed around the development of these living drugs. Since his first 2 patients were treated a decade ago, more than 15,000 patients have undergone T-cell therapy using commercial drugs or products in development by academic medical centers.

June noted that researchers have gone beyond the modification of T cells and are now exploring the benefits of engineering other blood cells such as macrophages, fibroblasts and natural killer cells. He discussed studies showing that combinations of these different engineered blood cells might work better.

“I think we are going to see virtually every hematopoietic cell (immature forms of varied blood cells) be synthetically engineered,” he said.

June added that the field’s current challenge is to scale up manufacturing and rein in costs — by reducing the “vein-to-vein” time it takes between removing a patient’s cells, genetically altering them and returning them.

Key to future success of immunotherapy is exploration of ways to tackle solid tumors, which embed themselves behind physical barriers and within a hostile biochemical microenvironment to fend off immune assaults.

The symposium was organized by the Hutch’s Immunotherapy Integrated Research Center, or IIRC, a cross-disciplinary organization designed to pool the talents of researchers who work at the lab bench with those who treat patients in clinical trials. While this is the first meeting of its kind, the IIRC plans to hold a Thomas symposium every two years on the Hutch campus.

Dr Geoffrey Hill, scientific director for the IIRC and holder of the José Carreras/E. Donnall Thomas Endowed Chair for Cancer Research, said the cross-disciplinary immunotherapy team was created at a time when immunotherapy research was progressing well beyond blood cancers, tackling the difficult challenges of solid tumors.

“It has served an incredible role in bringing science together across the divisions,” he said. “We are way outside of liquid cancers in this field now.”

In more than a dozen technical presentations, invited speakers discussed their latest work in the field. It was a deep dive into experiments tackling old problems like graft-vs-host disease — where immune cells from a donor attack as foreign the healthy tissues of a transplant recipient; and studies of newly appreciated issues such as how the microbiome — communities of bacteria in our gut — can affect responses to cancer therapies.

Dr Alexander Marson, of the University of California at San Francisco, described how the new gene-editing technology known as CRISPR could be used to systematically catalog thousands of genetic switches within T cells. The precision of CRISPR gene-editing allowed his laboratory researchers to knock out these switches, known as transcription factors, and infer their function by seeing what happens to the T cells in their absence. Their method allowed them to build a library of 10,000 different switches.

Equipped with this library, their hope is to rev up precisely those T cells involved in immune defenses against cancer.

“We’re trying to understand the genetic circuitry of T cells well enough that we can actually rewrite these to improve T-cell therapy outcomes,” he said.

Dr Hans-Peter Kiem, director of the Hutch’s stem cell and gene therapy program, said the conference also highlighted that gene therapy itself — the effort to cure disease by replacing missing or faulty segments of DNA — grew out of bone marrow transplantation. Holder of the Stephanus Family Endowed Chair for Cell and Gene Therapy, Kiem noted that 41 years ago, Fred Hutch doctors were the first to treat the inherited blood disorder thalassemia with a bone marrow transplant.

“Several speakers, including Dr John Tisdale of the National Heart, Lung, and Blood Institute, showed how we can now use a patient’s own cells, and correct them using gene-editing technologies, to cure diseases like thalassemia, sickle cell disease or other immunodeficiencies,” he said.

The scope of immunotherapies discussed at the symposium included cancer vaccines. Dr Catherine Wu, who heads stem cell transplantation and cellular therapies at the Dana-Farber Cancer institute in Boston, said a goal of therapeutic cancer vaccines is to “drive T cells into the site of tumors, because you need the right soldier at the site of activity to do the work.”

Her team is conducting clinical trials of vaccines against several solid tumors, including melanoma, renal cell carcinoma and ovarian cancer. The targets are neoantigens, proteins that appear on the surface of tumor cells that may be highly specific to each individual patient. The idea is to tailor a vaccine to target their particular set of tumor neoantigens.

“Vaccines, if you have the right set of antigens, have the potential to increase the depth and diversity of T-cell responses,” she said.

Although these trials are cutting-edge research, Wu said the vaccine work is also rooted in the immunological insights required for successful transplantation.

“I’ve had a chance to reflect on the large footprint that Don Thomas and the Hutch have had on the field of cancer immunotherapy,” she said. “It laid down the foundations for modern immunotherapy in many ways.”

Indeed, for many of the attendees, the most inspiring talk of the symposium was that of Thomas’ longtime collaborator Storb, who gave an evening keynote talk about his early years when he and his mentor were among a handful of scientists struggling to achieve safe and effective bone marrow transplants.

In 25 minutes, Storb summarized 57 years of his research, which began in 1965 when he came on a Fulbright grant from a research laboratory in Paris to work with Thomas in Seattle.

“I felt more and more removed from clinical activities,” Storb said. “I wanted to do something that actually had meaning for patients.”

It was a depressing time, working with rats and mice that continually rejected transplanted marrow.

“Most investigators had left the field,” Storb said. “It was a really discouraging state of affairs.”

Yet Thomas and his small team persisted in the tedious work, gradually uncovering the need to condition the recipients before transplant with radiation or chemicals to destroy the existing marrow, to find compatible matches of donor to recipient, and to find immunosuppressant drugs to prevent rejection of the graft after the transplant.

In 1971, they transplanted bone marrow into their first patient. “He recovered fully,” Storb said. “He is still alive today, 51 years later.”

Over the course of years, the group expanded, becoming part of the founding team of Fred Hutch in 1975. After several relocations, they moved with Fred Hutch to its current campus in South Lake Union. All the time, they were continuing to refine their procedures, developing tissue typing technologies to match donor and recipient, finding the right drug and radiation regimens to prepare the patient for transplant, minimizing graft-vs.-host disease and fighting infections. Drug combinations they developed became standards of care in a procedure now performed on more than 22,000 patients in the U.S. annually. Worldwide, an estimated 1.5 million patients have received transplants for cancer and other blood disorders.

While the work was painstaking and often tedious, the team was always creative. Early on, Storb needed to test an antibody serum as a drug to prevent graft-vs.-host disease. Known as anti-thymocyte globulin, it could only be grown by injecting immune cells from the human thymus into horses, goats or rabbits. He found a farmer who kept all three animals, on farmland in Redmond that would one day become the site of Microsoft’s headquarters.

Storb repeatedly credited Thomas for his leadership and vision.

“Don had this incredible backbone. He always believed in it,” he said.

Dr Judith Shizuru, a transplant physician at Stanford, told Storb at the close of his presentation that his influence extends well beyond Seattle, and she thanked him for the care, passion and insight he has brought to the field.

“You are always there to answer questions for us,” she said. “You are a hero.” 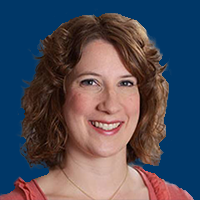 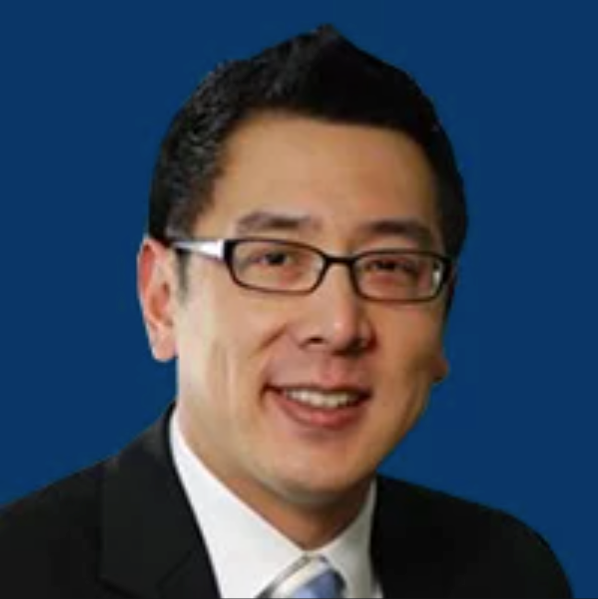