The combination of domvanalimab plus zimberelimab with or without etrumadenant generated an improvement in overall response rate and progression-free survival compared with zimberelimab alone in patients with PD-L1–high metastatic non–small cell lung cancer, according to findings from the phase 2 ARC-7 trial. 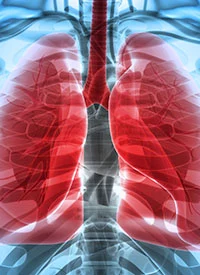 The combination of domvanalimab (AB154) plus zimberelimab (AB122) with or without etrumadenant (AB928) generated an improvement in overall response rate (ORR) and progression-free survival (PFS) compared with zimberelimab alone in patients with PD-L1–high metastatic non–small cell lung cancer, according to findings from the phase 2 ARC-7 trial (NCT04262856).1

Data presented during the 2022 December ASCO Plenary Series showed that at a median follow-up of 11.8 months (range, 0.03-23.5), patients treated with domvanalimab plus zimberelimab and etrumadenant (n = 45) achieved an ORR of 40% (95% CI, 25.7%-55.7%), with all responders experiencing a partial response (PR). The stable disease and progressive disease rates were 36% and 13%, respectively, and 11% of patients were not evaluable.

“This is the first presentation of quantitative data [from ARC-7], and it includes both a look at response rate and PFS,” Melissa L. Johnson, MD, program director of lung cancer research at Sarah Cannon Cancer Institute in Nashville, Tennessee, said following a presentation of the data. “It coincides with the intent-to-treat–13 population, where all the patients that were included, 133 of the 150 [enrolled], had at least 13 weeks follow-up [with] 2 scans so their response could be confirmed.”

Although PD-1 inhibitors have improved outcomes for patients with PD-L1–high NSCLC, less than half of patients experience long-term benefit with PD-1 inhibitor monotherapy. The ARC-7 trial evaluated the addition domvanalimab, an anti-TIGIT monoclonal antibody, with the anti–PD-1 monoclonal antibody zimberelimab with or without the adenosine receptor antagonist etrumadenant in patients with PD-L1–high metastatic NSCLC.

Patients were required to have treatment-naïve metastatic NSCLC with a PD-L1 expression of at least 50% per local assessment by SP263 or 22C3. EGFR/ALK wild-type disease was permitted; however, patients with EGFR/ALK genetic tumor aberrations were excluded.2 Patients were also required to have an ECOG performance status of 0 or 1, and adequate bone marrow and organ function.

Among 12 patients who crossed over from zimberelimab monotherapy to domvanalimab plus zimberelimab and etrumadenant, the confirmed ORR was 17% (95% CI, 2.1%-48.4%), with both responders achieving a PR. The stable disease and progressive disease rates were 67% and 8%, respectively, and 1 patient was not evaluable. Five patients remained on crossover treatment at data cutoff, and the safety profile was consistent with findings from first-line treatment with domvanalimab plus zimberelimab and etrumadenant.

Any-grade pruritus occurred in 16% of patients in the zimberelimab monotherapy arm compared with 6% in the doublet arm and 10% in the triplet arm. Rates of any-grade rash were 12%, 10%, and 18%, respectively. No cases of rash led to study treatment discontinuation.

The combination of domvanalimab and zimberelimab is under further investigation in patients with NSCLC in the phase 3 ACR-10 (NCT04736173) and STAR-121 (NCT05502237) trials. Domvanalimab is also being evaluated in combination with durvalumab (Imfinzi) in the phase 3 PACIFIC-8 trial (NCT05211895).