The accelerated approval of the FGFR inhibitor futibatinib on September 30, 2022, has expanded options for previously treated adult patients with unresectable, locally advanced, or metastatic intrahepatic cholangiocarcinoma FGFR2 fusions or rearrangements.1 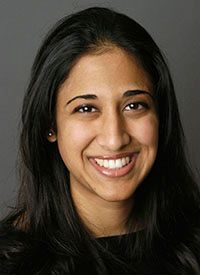 “We’re excited to have this approval,” Lipika Goyal, MD, MPhil, said. “It’s the third FGFR inhibitor to be approved for patients with cholangiocarcinoma who harbor an FGFR2 fusion or rearrangement. The molecule futibatinib is unique in that it’s a covalently binding inhibitor and it’s irreversibly binding. That makes it different than the prior 2 approvals which are infigratinib [Truseltiq] and pemigatinib [Pemazyre].”

Data from phase 1/2 single arm open label FOENIX-CCA2 trial (NCT02052778), in which futibatinib elicited an overall response rate of 42% in 103 patients supported the approval. The disease control rate was 83% and the median time to response was 2.6 months. The median duration of response (DOR) was 9.5 months. Patients achieved an overall survival of 20 months and progression-free survival was approximately 9 months.1

In an interview with OncologyLive®, Goyal, an assistant professor of medicine at Massachusetts General Hospital in Boston, highlighted the significance of futibatinib’s approval.

How does this agent help fill an unmet need in this patient population?

FGFR2 fusions are seen in approximately 10% to 15% of patients with iCCA [and] we’re always looking for new drugs to be available for our patients with cholangiocarcinoma. There are some drugs that we use in a biomarker agnostic way such as chemotherapy and/or immunotherapy. When patients have this specific actionable target in their tumor—FGFR2 fusions or rearrangements—we want to be able to [use] a precision medicine approach [with] a molecule that precisely targets this alteration. Right now, we luckily have 2 additional drugs in this space infigratinib and pemigatinib. Now we have a third drug that also has good efficacy in the space.

Please elaborate on the mechanism of action of futibatinib.

It’s unique; it’s a covalently binding inhibitor, that binds irreversibly, and it binds to the cysteine in the P loop of the kinase domain. That’s different than the other 2 FDA-approved [agents] infigratinib and pemigatinib, which are drugs that are reversible inhibitors.

One of the benefits of covalent binding is that it’s very potent and [as seen in] in vivo and in vitro models, it’s able to overcome some of the resistance mutations that we see at progression on some of the other FGFR inhibitors. We hope that this translates to efficacy for patients and we see a prolonged DOR with this drug.

What common toxicities are important to mention with this agent?

The most common adverse effect that we saw was hyperphosphatemia. This drug is a pan-FGFR inhibitor, there are 4 isoforms of FGFR and we’re trying to hit FGFR2 because that’s the main alteration we see in cholangiocarcinoma.

These fusions were all FGFR2 fusions, but an on-target-off-isoform effect by hitting FGFR1 is that [a patient] cannot waste phosphorus and absorbs more phosphorus. Approximately 85% of patients had hyperphosphatemia and approximately 30% had grade 3 hyperphosphatemia, this is a class effect, and we see this with the other FDA-approved FGFR inhibitors as well.

We did see a higher rate of grade 3 hyperphosphatemia in this trial compared with other trials and that’s partly because the definition that was used for grade 3 hyperphosphatemia was any serum phosphorus greater than 7.0 [mg/dl]. Other trials used different definitions because this was not in the Common Terminology Criteria for Adverse Events at the time when this trial [was initiated].

Overall, the hyperphosphatemia was very well managed with phosphorus binders, with hydration, and having patients go on a low phosphorus diet as needed. We also saw alopecia, dry mouth, diarrhea, dry skin, these were seen in approximately 25% to 30% of patients. Luckily, the vast majority of AEs on this trial were grade 1/2, and only 4 patients out of 103 patients discontinued treatment due to AEs.

The starting dose of futibatinib is 20 mg and [individuals] can go down to 16 mg and 12 mg. Overall, the dose interruptions and dose holds sometimes were due to hyperphosphatemia or increased elevation of the liver tests.

How do you see this agent fitting into the current treatment paradigm for this population?

Overall, we’re very excited about this approval, it’s been long awaited. We’re glad to be [see it] joining infigratinib and pemigatinib as an FGFR inhibitor that’s available for patients with cholangiocarcinoma with an FGFR2 fusion or rearrangement.

One of the most important messages to get out to the community is that it’s so important to do biomarker testing for patients with cholangiocarcinoma.if we don’t look, we can’t find it, and this is an effective drug for patients. We encourage patients to ask their oncologist about this, we encourage providers to get molecular sequencing. Even beyond FGFR there many other targets in cholangiocarcinoma. This is absolutely part of the standard of care now, to [molecularly] profile patients.

Is there any ongoing research in this area at Massachusetts General Hospital that you’d like to highlight?

When we see a drug that works this well there’s a lot more we want to learn about it. There are 3 things that we’re studying. First, we’re excited that 42% of patients with iCCA who have this alteration respond to futibatinib, but we want to understand what’s going on with the [remaining] 58%. One of the things we’re studying is understanding primary resistance.

Second, we’re glad [to see that] patients have tumor shrinkage and have a prolonged DOR, but at some point, the tumor starts to grow again. We’re trying to understand mechanisms of acquired resistance. We’ve been able to identify that some patients have mutations in the FGFR2 kinase domain, we want to explore this further and also explore off-target mechanisms of resistance.

Third, we want to understand if this drug can work in tumors beyond FGFR2 fusion–positive cholangiocarcinoma. Futibatinib [is being studied globally] based on these encouraging data in other tumor types with other FGFR alterations. We hope that there’s more to come from futibatinib and being able to prolong responses to it.