Giredestrant provided a numerical, but not statistically significant, improvement in progression-free survival over physician’s choice of endocrine therapy in patients with estrogen receptor–positive, HER2-negative, locally advanced or metastatic breast cancer, according to data from the phase 2 acelERA BC study. 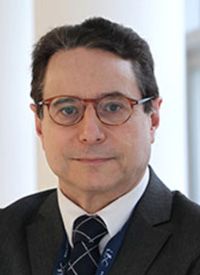 Giredestrant (GDC-9545) provided a numerical, but not statistically significant, improvement in progression-free survival (PFS) over physician’s choice of endocrine therapy (PCET) in patients with estrogen receptor (ER)–positive, HER2-negative, locally advanced or metastatic breast cancer, according to data from the phase 2 acelERA BC study (NCT04576455).

“Overall, these data support the continued investigation of giredestrant in other studies,” lead study author Miguel Martin, of the Hospital Gregorio Maranon, Universidad Complutense, said in a presentation of the data.

The trial enrolled a total of 303 post- or pre-/perimenopausal patients with ER-positive/HER2-negative locally advanced, metastatic breast cancer. Patients were required to have previously received 1 or 2 lines of systemic therapy for their disease, including 1 endocrine therapy, up to 1 targeted therapy, and up to 1 chemotherapy agent.

Regarding safety, giredestrant was well tolerated. The safety profile of selective estrogen receptor degrader was comparable to that observed with PCET; the toxicities were consistent with the known risks that come with endocrine treatment.

“Grade 3/4 TRAEs, serious AEs, and discontinuations due to AEs were balanced across the arms,” the study authors concluded.