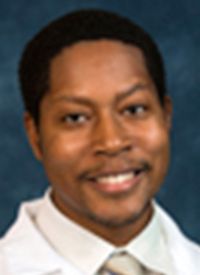 Glofitamab administered as a fixed 12-cycle regimen 7 days after obinutuzumab (Gazya) pretreatment elicited high, early, and durable responses in patients with relapsed/refractory mantle cell lymphoma (MCL) who had undergone prior BTK inhibitor therapy, according to follow-up data presented by Tycel J. Phillips, MD, at the 2022 American Society of Hematology (ASH) Annual Meeting.1 The addition of obinutuzumab to this regimen also mitigated the incidence and severity grade of cytokines release syndrome (CRS) in this patient population.

The readout of these results follows the data published last year showing that the use of a step-up-dosing regimen of glofitamab after obinutuzumab treatment elicited high response rates in patients with MCL whose disease had stopped responding to BTKis.2

“We see high overall response rates, irrespective of the obinutuzumab dose given as far as pretreatment,” said Phillips, an assistant professor within the Division of Hematology Oncology at University of Michigan Rogel Cancer Center in Ann Arbor, during the presentation.

Patients enrolled in the study had received a median of 3 prior lines of therapy (range: 1–5). More than half of the study population (64.9%) had prior treatment with a BTKi, and 7 patients had previously received lenalidomide (Revlimid).

At a median follow-up of 8.0 months, the findings demonstrated that median time to first treatment response was 51 days (range: 29-234). Additionally, the overall response rate among the patient population at first assessment was 73%, with a complete response rate of 48.6%.

The responses, Phillips noted, were long-lasting in the patient population.

“Of note, no progression of disease was reported after the end of treatment in patients [who achieved] response at [the] end [their] of treatment,” he said.

Most of the adverse events (AEs) of any grade (94.6%) were related to the use of glofitamab. Serious AEs were reported in 78.4% of the overall patient population, with 62.2% being attributed to glofitamab. There were 10 patient deaths on the trial; however none were attributed to either obinutuzumab or glofitamab, according to Phillips.

Three patient deaths were attributed to COVID-19 infection, 1 was cardiac-related and the remaining deaths were due to disease progression.

The most common AEs of any grade among the overall patient population included, but were not limited to, cytokine release syndrome (75.7%), neutropenia (45.9%), and anemia (32.4%).

Phillips noted that most of the cytokine release syndrome events were grade 1 or grade 2 (29.7% for each).

As for the other AEs of interest, 24 patients developed an any-grade infection or infestation. Neutropenia was also a commonly occurring AE, with 45.9% of patients reporting an occurrence of any grade.

“Glofitamab monotherapy with fixed treatment duration of 12 cycles, induced high CR rates in heavily pretreated patients with mantle cell lymphoma,” Phillips noted. “The CR rates were early and were durable; glofitamab was well tolerated and there was no treatment discontinuation due to adverse events. [CRS] events were manageable and predominantly low.”

Phillips concluded by noting that there are plans for a phase 3 study assessing glofitamab monotherapy in patients with relapsed/refractory mantle cell lymphoma. He noted that the trial will be a randomized study investigating glofitamab vs a standard-of-care choice treatment arm, but said he was unable to disclose the third treatment arm at this time.