Eugene B. Cone, MD, discusses the advantages of the study, the need for such research, and the potential to broaden these efforts to more novel agents such as abiraterone acetate, enzalutamide, and immune checkpoint inhibitors. 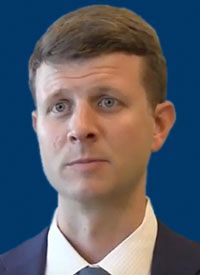 Gonadotropin-releasing hormone (GnRH) agonists have a higher risk of cardiac toxicity compared with GnRH antagonists, most notably myocardial infarction and heart failure, according to findings from a large-scale disproportionality analysis.

Cardiac complications are the leading cause of non—cancer-related mortality among patients with prostate cancer, said lead study author, Eugene B. Cone, MD, who added that although GnRH agonists and antagonists have similar clinical efficacy in prostate cancer, their cardiac risk profiles have not been well studied.

In the analysis, investigators compiled data from the World Health Organization (WHO) on the cardiac events that had been reported with the GnRH antagonist degarelix (Firmagon) and the GnRH agonists leuprolide, goserelin (Zoladex), triptorelin (Trelstar), and histrelin. The cardiac event rate reported with other drugs, such as aspirin and chemotherapy, served as the comparator.

“A patient with biochemical recurrence who had a heart attack 3 months ago should probably receive degarelix rather than 1 of the agonists,” said Cone. “It gets a little muddier for a patient who hasn't had a heart attack, but is a smoker, is diabetic, and has a strong family risk profile. Based off of the findings from this study, that patient should probably be on a GnRH antagonist rather than a GnRH agonist.”

In an interview with OncLive, Cone, a urologic oncology fellow at Brigham and Women’s Hospital and Massachusetts General Hospital, discussed the advantages of the study, the need for such research, and the potential to broaden these efforts to more novel agents such as abiraterone acetate (Zytiga), enzalutamide (Xtandi), and immune checkpoint inhibitors.

OncLive: Could you provide background on this trial?

Cone: It's a relatively common problem in urology and medical oncology for patients with prostate cancer to develop biochemical recurrence or present with more advanced disease. First-line medications commonly include GnRH agonists such as leuprolide, or GnRH antagonists such as degarelix. [These agents] both have very similar clinical benefits and clinical profiles; however, the cardiac toxicity [associated with these drugs] has not really been [well defined]. As such, we decided to examine [the cardiac toxicities of these drugs] using pharmacovigilance methodology, which has not traditionally been applied in urology. We did this by using VigiBase, a database from WHO. [The database] accumulates reports from more than 130 countries across the globe. [We collected data from the database] to examine whether a higher risk for cardiac events existed with GnRH agonist or antagonist therapy.

What is the benefit of using data from the VigiBase?

There are a couple of advantages and disadvantages to the study. One of the biggest advantages is that this is a real-world application of clinical practice with agonist and antagonist therapy. With all these cases, patients were not necessarily screened one way or the other. [We did] include trial data, but we also included data from real-world clinical practice. You don’t need to worry about whether we were gating patients out with preexisting cardiac risk factors or anything along those lines. Another big benefit is that this was a global analysis that aggregated data from many countries with different practice styles and health systems. Some of the more rigid entrance criteria for trials that may have limited the applicability to trial data in this space don't necessarily apply in this field. The sample size is extremely large. We found almost 1000 individual cardiac events, which is by far the largest series that has been reported to date.

What did the analysis show regarding the relative cardiac toxicity between GnRH agonists and antagonists?

Our results showed what has long been suspected. Even now, I don't believe we can say it has truly been proven, but the analysis certainly supports the fact that GnRH agonist therapy has a significantly worse cardiac risk profile versus GnRH antagonist therapy.

What are some of the strategies in place for patients who develop these cardiac events?

Call cardiology. At the end of the day, urologists and medical oncologists underwent a lot of training to deal with things that are really germane to this field. We're very good at dealing with some things, but heart attacks, heart failure, and carditis are probably not those things.

The days of the solo practitioner are really numbered at this point. To deliver optimal cancer care, you need to be in a multidisciplinary setting, and that doesn't necessarily need to be in academia. At the end of the day, it's important to have other doctors you can call on for their opinion or for their help when these things happen.

We have applied this methodology to a number of other projects for more novel medications such as abiraterone or enzalutamide, or some of the immune checkpoint inhibitors. Especially with immune checkpoint inhibitors, the AEs really run the gamut. Certainly, urologists, but even medical oncologists, sometimes express discomfort with managing the nitty gritty [elements of] all the immune-related AEs. Having smart cardiologists and rheumatologists you can call on when your patients develop these events will be the key to delivering optimal outcomes.

How could the results of this analysis impact clinical practice?

When it comes to patient care, this underscores the idea that we need a much better understanding of the individual risk profiles of our patients. We have a general understanding that androgen deprivation may be associated with increased cardiac risk. I don't believe we really have a granular understanding of which medication is better [in terms of less cardiac or neurotoxicities]. We know enzalutamide has some neurological AEs. There are certainly indications that abiraterone is worse for cardiac toxicity, but we need a much more granular understanding [of these toxicities] so we can deliver truly personalized patient care.

This research is certainly hypothesis generating. However, I don’t believe we have fully answered the question. One of the really interesting hypotheses that has come out of this research [came alongside] a similar study we did in which we examined abiraterone or enzalutamide, in which we found that enzalutamide was not associated with a major increase in cardiac toxicity with the exception of hypertension. Conversely, abiraterone had significantly increased cardiac toxicity, especially with regard to myocarditis and heart failure. When we looked at the literature to determine why that might be, we found some preclinical data to suggest that intracellular levels of androgen are lower if a patient is on a GnRH agonist and abiraterone, both of which are expected.

However, interestingly, with enzalutamide, you find higher levels of intracellular androgen. I haven’t come across data on degarelix, the GnRH agonist, but I wouldn't be surprised if something similar is going on. A real role for intracellular androgen levels could exist when it comes to cardiac toxicity, and that's certainly an area we'll explore more in the future.