Goals of Therapy with Somatostatin Analogs in NETs

Transcript:Matthew H. Kulke, MD: We talked about somatostatin analogues and how they can be very effective in controlling carcinoid syndrome and other symptoms of hormone hypersecretion. That’s not the only goal of somatostatin analogues, though. So, Jennifer, when you start a patient, what are the things that you’re looking for? What are your goals?

Jennifer Eads, MD: In addition to trying to control the hormone-mediated symptoms, somatostatin analogues are also actually very useful in trying to control tumor growth. The PROMID study initially showed that to be the case in midgut carcinoids where there was a significantly improved time to disease progression, and it showed that we were able to try to keep the disease stable for an extended period of time.

And so, we essentially are able to use somatostatin analogues as, oftentimes, a frontline therapy for management of tumor growth. Moving beyond that, the CLARINET study looked at lanreotide in a broader population, including additional bowel carcinoids as well as pancreatic neuroendocrine tumors, and saw similar results. So, essentially, for patients with pancreatic neuroendocrine tumors and bowel carcinoids, we’re able to use somatostatin analogues in an effort to try and control tumor growth as well.

Matthew H. Kulke, MD: One question that comes up and I’ll throw this out to the group, there’s really no data looking at sequence of therapies. So why would we choose a somatostatin analogue over some of the new, exciting targeted therapies as a first-line treatment? I’ll start with you, James.

James C. Yao, MD: That’s really a great question. Here is an area where I’m not actually terribly sure that sequencing is nearly as important as it is in many other diseases. Because with many fast growing aggressive tumors, if the first-line therapy doesn’t work, you’re losing patients already. We know from the clinical trial experience with the phase III studies, most of these patients, when they have progression, they do have plenty opportunity to go on other types of therapy. So, I think it’s about the patient, what they do want. And that’s what we want to emphasize.

In patients with very low volume disease, very little symptoms, the quality of life may be a major factoring decision point. You may pick somatostatin analogues because they are very well tolerated. But, there are other situations where the patient is very symptomatic from tumor volume and you really want, essentially, a big cytoreduction in there. It may make sense to do some of the more aggressive cytotoxic therapy if it’s a poorly differentiated tumor or pancreatic neuroendocrine tumor. So, the situation I think may help us decide.

Matthew H. Kulke, MD: I think, in general, it’s probably safe to say that these are quite well-tolerated drugs. So, it’s an easy thing to go to as an initial step. 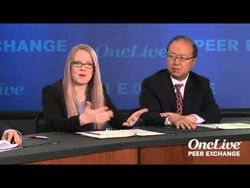 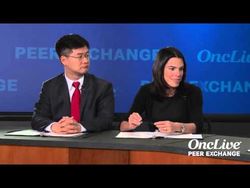 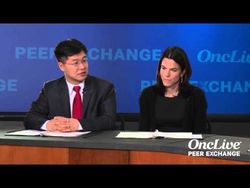