Daratumumab in addition to bortezomib, lenalidomide, and dexamethasone induction/consolidation therapy, as well as with lenalidomide maintenance, showcased a promising health-related quality of life benefit for patients with transplant eligible, newly diagnosed multiple myeloma. 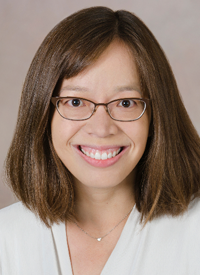 Daratumumab (Darzalex) in addition to bortezomib (Velcade), lenalidomide (Revlimid), and dexamethasone (RVd) induction/consolidation therapy, as well as with lenalidomide maintenance, showcased a promising health-related quality of life (HRQOL) benefit for patients with transplant eligible, newly diagnosed multiple myeloma, according to findings from the phase 2 GRIFFIN study (NCT02874742) which was presented at the 2022 ASH Annual Meeting.

“Daratumumab, in combination with RVd, during induction and consolidation followed by daratumumab and lenalidomide maintenance resulted in improvements in HRQOL, with a notable reduction in pain symptoms,” Rebecca Silbermann, MD, MMS, associate professor of medicine at the Division of Hematology/Medical Oncology at Oregon Health & Science University, said in a presentation of the findings.

The standard of care regimen for fit patients with newly diagnosed multiple myeloma is induction therapy followed by high-dose therapy (HDT) and autologous stem cell transplant (ASCT) with lenalidomide maintenance. Daratumumab is a human monoclonal antibody which targeted CD38. It is approved both alone, and in combination with standard of care regimens, for multiple myeloma.

GRIFFIN was a randomized, open-label, phase 2 trial, conducted across 35 sites in the United States. The study enrolled transplant eligible patients with multiple myeloma who were between the ages of 18 to 70 years and who had ECOG performance scores between 0 and 2, to assess daratumumab in this setting. Eligible patients also needed a creatinine clearance of at least 30 mL/min. Baseline PRO scores were balanced across the study.

PROS were collected at baseline (day 1 of cycle 1), on the first days of cycles 2, 3, and 5, on the 21st day of cycle 4, following ASCT-consolidation, and 6, 12, 18, and 24 months of maintenance. Patients were asked to complete the European Organization for the Research and Treatment of Cancer Quality of Life Questionnaire (EORTC QLQ-C30), the EORTC Multiple Myeloma module quality of life questionnaire (EORTC QLQ MY20), and the EQ-5D 3L, which queried across functional scales, global health score symptoms, visual analog scales, utility scores, worsening of symptoms, and future health perspectives.

Compliance was calculated by dividing the number of assessments received at each time point by the number of anticipated assessments for that corresponding time. PRO scores were descriptively summarized by treatment group at each time point and the treatment effects were evaluated through a mixed-efforts model which utilized baseline scores as a dependent variable and included the following independent variables: baseline, visits, treatment, and visits by treatment interaction. Results were stratified by ISS staging, baseline creatinine clearance, and individual subject as random effect.

A distribution-based method was used to define worsening in PRO scores, this was estimated via the Kaplan-Meier method. Cox proportional hazard were used for hazard ratio computations and to find the associated 95% CI.

In the final analysis of the trial, D-RVd led to a clinically meaningful PFS benefit compared with RVd along (HR, 0.45; 95% CI, 0.21-0.95; P = .0324). Response rates, as well as minimal residual disease negativity rates, were found to deepen throughout treatment without yielding new safety concerns, according to Silberman.