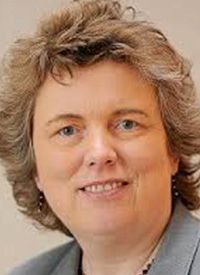 Baseline tumor immunogenicity was linked with higher pathologic complete response (pCR) rates and favorable outcomes in patients with hormone receptor–positive, HER2-positive breast cancer who had received de-escalated neoadjuvant treatment with ado-trastuzumab emtansine (T-DM1; Kadcyla) with or without endocrine therapy, according to Nadia Harbeck, MD, PhD, who added that the presence of PIK3CA mutations correlated with poorer outcomes.

“De-escalation trials are possible. As we see in this trial, if [a patient has] a pCR after 4 cycles of T-DM1, [they] have an excellent outcome and further chemotherapy doesn't improve on that. [We also know that] tumor molecular subtype and biomarkers are important,” Harbeck said. “I envision that further de-escalation trials [will] mostly [be done] in a preselected population, so we can get those patients who are most likely to benefit from an anti-HER2 therapy without further chemotherapy; [that way, we can] spare them from [unnecessary treatment].”

In an interview with OncLive®, Harbeck, head of the Breast Center and chair of Conservative Oncology in the Department of OBGYN, University of Munich, Germany, discussed the predictive impact of biomarkers on pCR and survival following de-escalated neoadjuvant T-DM1 with or without endocrine therapy in patients with hormone receptor–positive, HER2-positive breast cancer.

OncLive®: What was the rationale for the ADAPT-TP trial? What set the stage for this research?

Harbeck: The ADAPT-TP trial was part of ADAPT, an umbrella [protocol], which looked at de-escalation of therapy according to molecular subtype. The trial had 3 arms, and it tested T-DM1 vs T-DM1 plus endocrine therapy vs trastuzumab plus endocrine therapy in over 300 patients with early HR-positive, HER2-positive breast cancer.

We had already presented [data on] pCR rates in the Journal of Clinical Oncology in 2017. [At that time,] we [observed] a total pCR of 41%, which is amazing after only 4 cycles of an antibody-drug conjugate [ADC]. Additionally, [the pCRs] were similar whether endocrine therapy was added to T-DM1 or not, and the control arm with trastuzumab [Herceptin] plus endocrine therapy [resulted in] a pCR of only [approximately] 15%.

Last year, at the 2020 ESMO Congress, I presented outcome data with a median follow-up of 5 years and we saw that patients [who achieved a] pCR had excellent outcomes independent of whether they received further chemotherapy. [Patients with a pCR who received further chemotherapy had] a 5-year iDFS [rate] of 93%. Patients without a pCR [did] not [experience as favorable of an] outcome, with a 5-year iDFS [rate] of [approximately] 82%.

Could you elaborate on the methods and design utilized for this research?

We [looked at] 375 patients; 3 of them did not have enough information [available and] violated the inclusion criteria, so we did not [end up] analyzing them. [The patient population] mainly [had] stage 1 or 2, early HR-positive, HER2-positive breast cancer. [Around] one-third of the patients fit the [inclusion] criteria, [with the tumor that was] ypT1 or ypT0. Other patients had larger tumors or were node positive. The medium follow-up was about 5 years.

What are some of the key findings from this trial?

The primary end point of the trial was pCR, and secondary end points were [iDFS, overall survival, safety,] and translational research, [the latter of] which was what we presented during the 2021 ESMO Congress. We looked at RNA expression patterns, PIK3CA mutational status, and molecular subtypes.

The second takeaway was that we had about 16% of the patients [had a] PIK3CA mutation. We know from earlier data from a meta-analysis done by Sibylle Loibl, MD, of the German Breast Group, and colleagues [done in patients with] HR-positive, HER2-positive early breast cancer, that if a [patient has a] PIK3CA mutation, [they] do not respond well to anti-HER2 therapy. [Until now], we had thought that this was limited only to antibodies and TKIs.

[With] ADCs, [we had not seen a negative] impact of PIK3CA mutational status [on response]; specifically, in the phase 3 EMILIA trial [NCT00829166], [which was done] in the metastatic setting, no impact [on response] was seen with regard to T-DM1. However, in our trial, we found that patients [whose tumors harbored] a PIK3CA mutation had worse survival. [In all patients, the] 5-year [iDFS] rate was approximately 88% for [those with] wild-type [disease] and about 80% for mutation carriers. This was even more pronounced in the T-DM1 arms with [5-year iDFS rates of approximately] 90% and 68% [in those with wild-type or mutated disease, respectively]. Interestingly, PIK3CA mutation does seem to matter—even with an ADC. [However, we still do not know whether] that's true for all ADCs or just T-DM1.

The last result [has to do with] molecular subtype. We saw almost 80% of tumors on the trial [had luminal disease] about 21% had a HER2-enriched subtype and [those with this] subtype experienced a higher pCR. Overall outcome was better in [those with] luminal A [disease], with a 5-year iDFS [rate] of [almost] 90%. In [those with] the HER2-enriched [subtype], the [5-year iDFS rate was approximately 80%]. 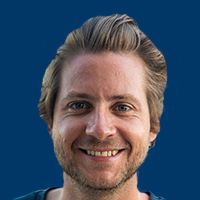 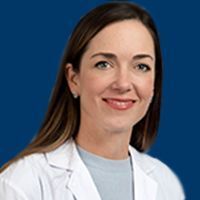 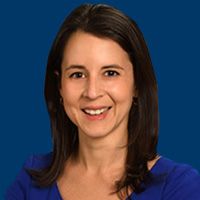