Investigators included results from 135 women in a prospective, observational study at Tata Memorial Hospital, Mumbai, India, to quantify HPV viral load prior to treatment, during treatment, and up to 2 years after completion of treatment. Pretreatment HPV16/18 DNA was detected in 126 (93%) patients, with HPV-16 present in 91%. The mean log (±SD) HPV-16 and HPV-18 viral load at pretreatment was 4.76 (±2.5) and 0.14 (±2.1) copies/10 ng of DNA, respectively.

From May 2010 to April 2012, investigators recruited 150 women into the study. Fifteen were excluded for lack of adequate samples for HPV detection.

All patients (N = 135) underwent radical radiation therapy and brachytherapy as per standard institutional guidelines. External beam radiation therapy (EBRT) was delivered to whole pelvis with box field arrangement either on tele cobalt machine or linear accelerator (6 MV/15 MV) using conventional or 3D conformal radiotherapy technique to a dose of 40 Gy to 50.4 Gy delivered at 1.8 Gy to 2.0 Gy per fraction over 4 to 5 weeks.

Patients deemed fit enough also received chemotherapy with weekly 40 mg/m2 of cisplatin concurrent with EBRT. Patients subsequently received 2 to 5 fractions of high-dose rate intracavitary brachytherapy once weekly to a dose of 7 Gy to point A.

Following treatment completion, investigators contacted patients every 3 months for 2 years, followed by check-ups every 6 months for the next 3 years and annually thereafter.

Quantitative HPV viral load at 9 months’ posttreatment also showed a correlation between incidence of overall relapse (P = .07) and especially locoregional relapse (P = .01). At 24 months’ posttreatment, 62% of patients in in the clearance group showed no evidence of disease compared with 30% in the persistent infection group. However, investigators found no correlation between incidence of reinfection and relapse rates. 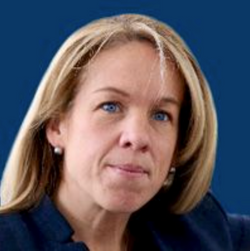 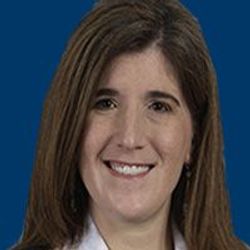 Dr. O’Malley on the Results of the KEYNOTE-775 Trial in Endometrial Cancer
x