The frontline combination of ibrutinib (Imbruvica) and nab-paclitaxel (Abraxane)/gemcitabine did not show a statistically significant benefit in progression-free or overall survival versus placebo plus nab-paclitaxel/gemcitabine in patients with metastatic pancreatic cancer. 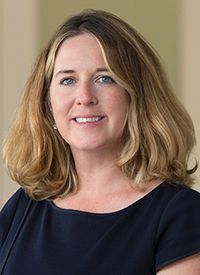 The frontline combination of ibrutinib (Imbruvica) and nab-paclitaxel (Abraxane)/gemcitabine did not show a statistically significant benefit in progression-free or overall survival (OS) versus placebo plus nab-paclitaxel/gemcitabine in patients with metastatic pancreatic cancer, according to topline findings of the phase III RESOLVE (PCYC-1137) trial.1

The full findings of this study will be submitted for presentation at an upcoming medical meeting and/or publication, announced AbbVie, the developer of ibrutinib, in a press release. The FDA granted ibrutinib orphan drug status in pancreatic cancer in June 2017.

"We continue to evaluate the potential of Imbruvica as a cancer treatment alone or in combination for a variety of cancer types. We are passionately advancing our robust ibrutinib scientific development program to continue to advance cancer standards of care, particularly in areas that have unmet medical need," said Danelle James, MD, MAS, head of Clinical Science at Pharmacyclics LLC, an AbbVie company.

To be eligible for enrollment, patients had histologically or cytologically confirmed stage IV pancreatic adenocarcinoma, adequate hematologic, hepatic, and renal function, a Karnofsky Performance Status ≥70, and an ECOG performance status of 0 or 1. Those who received prior lines of therapy, neuroendocrine or acinar pancreatic carcinoma, known brain or leptomeningeal disease, underwent major surgery within 4 weeks of first dose of ibrutinib, history of stroke or intracranial hemorrhage within 6 months prior to enrollment, and treatment with a strong CYP 3A inhibitor were excluded from the trial.

“It’s all about reprogramming the immune environment. We are still trying to find out exactly how this is happening,” explained Tempero. “We think the net effect of deactivating the pathway is more active CD8-positive cells in the tumor microenvironment; there may be more than that. It may also be simply reprogramming or immune editing in the microenvironment, so that a T2 environment changes to a T1, which is more tumor suppressive.”

Metastatic pancreatic cancer is one of the most aggressive and deadliest forms of cancer, with an estimated 5-year survival rate of less than 5%.