The combination of immunotherapy and chemotherapy in the frontline treatment of metastatic nonsquamous non—small cell lung cancer (NSCLC) has been a game changer, said Sonam Puri, MD.

“New immunotherapy combinations [have emerged] in the treatment of [patients with] metastatic nonsquamous disease. This is a field that has definitely seen a lot of growth in the last couple of years,” said Puri. “Now that we have a strong treatment strategy upfront, it's important to use the best treatment first.”

Now, combinations of immunotherapy with HDAC or VEGF inhibitors are also shaking up the paradigm, she explained, with a handful of ongoing trials in the pipeline.

In an interview during the 2019 OncLive State of the Science Summit™ on Non—Small Cell Lung Cancer, Puri, an assistant professor in medical oncology at Huntsman Cancer Institute, University of Utah, discussed key trials in metastatic nonsquamous disease and highlighted ongoing research generating excitement in the space.

OncLive: What key developments have been seen in metastatic nonsquamous NSCLC?

Puri: The two regimens that we are currently using every day in clinic is the combination of carboplatin, pemetrexed, and pembrolizumab (Keytruda), and also the combination of atezolizumab (Tecentriq), bevacizumab (Avastin), and carboplatin/paclitaxel. Many trials in the space are currently ongoing. However, I believe both the KEYNOTE-189 and IMpower150 regimens have clearly established a gold standard that others will hopefully be meeting soon, so that they can come into clinical practice.

Could you cover the emergence of immunotherapy in this space and its overall impact on outcomes?

Immunotherapy has definitely changed the treatment landscape of NSCLC, specifically in nonsquamous disease. We started with using single-agent immunotherapy in the second-line or later settings. Then, pembrolizumab monotherapy moved to the first-line setting with the KEYNOTE-024 data, which looked at only patients with PD-L1—high expression. More recently, the KEYNOTE-042 data looked at PD-L1–positive patients.

A breakthrough has been combining immunotherapy with chemotherapy in the frontline setting. We are able to achieve much higher response rates at about 50% in patients, which is a significant improvement in PFS and OS in this population. The 2-year survival data were presented at the 2019 ASCO Annual Meeting for KEYNOTE-189, which has been the longest-running study in this setting. The benefit [with the treatment] persisted, despite PD-L1 status.

Even if there is a crossover from the chemotherapy to the single-agent immunotherapy arm, we still see a survival benefit. That just tells us that we have such a strong treatment in our hands to offer, regardless of the kind of tumor they have in nonsquamous disease.

You mentioned some of the KEYNOTE trials. Could you speak to the IMpower studies?

Both studies are very unique. When we look at the KEYNOTE studies, the population that they focus on is metastatic nonsquamous NSCLC. However, they did not include patients with EGFR or ALK mutations. Also, crossover was allowed in those trials, which does, to some extent, help us evaluate what the impact of sequence would be. KEYNOTE-189 has clearly established that even if [patients] crossover and receive second-line immunotherapy, the fact that [they] received a triplet—the best treatment first—means that they are going to have a survival benefit.

The IMpower150 study is also a beautiful clinical trial design because, although they enrolled a similar population of patients, those with EGFR and ALK mutations were included—although they were not part of the primary outcome analysis, which was PFS and OS in the wild-type population. Even the exploratory analysis from that trial has given us key insights to what works in that population.

We all know that chemotherapy works really well in the population of patients with EGFR and ALK mutations who progress on TKIs; we know that VEGF [inhibition] also works well in that population. If you look at several clinical trials done in third-world countries—the countries that do not have access to frontline osimertinib (Tagrisso), we have data now from two big trials showing that additional VEGF inhibition improves survival in that population.

The IMpower study has beautifully combined immunotherapy, chemotherapy, and VEGF inhibition and showed us a direction of benefit in that population, which is now being explored individually in two new trials that are looking only at patients with EGFR-mutated disease who progress on TKIs. I believe that both trials, in their own regard, have given us new standards and factors to consider.

Are there any pressing unanswered questions raised by these trials?

We know what our strongest treatment strategy is, but when we actually see a patient [with this histology] in the clinic, not everyone is eligible to receive [immunotherapy combined with chemotherapy]. As such, I believe the biggest unanswered question right now is [whether there is] a biomarker that would help us decide who benefits the most from this treatment. That is definitely something that is being looked at more closely through the INSIGNIA trial.

We, here, at Huntsman Cancer Institute are also in the process of starting another trial that is looking at two staggered dosing schedules of chemotherapy and immunotherapy in patients with newly diagnosed metastatic nonsquamous NSCLC. I believe that once we have a good idea of the biomarker selection and also of the best sequence of treatment, then we will be able to fully individualize treatment for our newly diagnosed patients.

What other emerging combinations are under exploration?

This is an area of great research. I strongly encourage everyone to enroll a patient onto second- and third-line clinical trials. At Huntsman Cancer Institute, we are looking at combinations [composed of] standard chemotherapy and novel agents. For example, we are combining docetaxel with canakinumab (Ilaris) and also, we are looking combinations of immunotherapy and VEGF inhibition, which is [part of the] COSMIC trial program.

We are also looking at cellular therapies, such as T-cell receptor therapy, in lung cancer; this is the future [treatment] for patients who fail chemotherapy and immunotherapy. I'm also excited about novel immunotherapy combinations. In that regard, a recent phase I/II trial was published in Clinical Cancer Research of pembrolizumab (Keytruda) and HDAC inhibition. The majority of patients on that trial were pretreated with immunotherapy, and even after failing immunotherapy, a substantial disease control rate was seen in the early-phase part of the trial. These novel combinations of immunotherapy with HDAC inhibitors and immunotherapy with VEGF inhibition is what I'm looking forward to [seeing more of] in the next few years.

What intriguing research recently presented at medical meetings would you like to highlight?

I was most excited about the pembrolizumab/HDAC trial. I'm also excited about other combinations. I worked with my mentor at Moffitt Cancer Center on an investigator-initiated trial looking at the combination of ipilimumab (Yervoy) and nivolumab (Opdivo) with nintedanib (Ofev, Vargatef), and we published the phase I data at the 2019 World Conference on Lung Cancer. We were able to achieve a good disease control rate in patients who had progressed on immunotherapy. There is a lot of excitement in the area. I don't believe right now that I could think about a single-agent treatment strategy for someone who has progressed, but there are many combination approaches that are being looked at in many institutions right now.

What is your take-home message to your colleagues?

Many times, we ask ourselves, “We're using both frontline immunotherapy and chemotherapy. Can I save an option for my patient going forward?” However, many trials have now repeatedly shown us that only one-third to half of patients [with this disease] even reach the second-line setting. As important as it is to individualize treatment for our patients, it's also imperative to give them the best treatment possible first. Anyone who is able to receive the strong therapy, anyone who can take that advantage, you should definitely give it to them, because not everyone has a chance of receiving a second-line treatment. 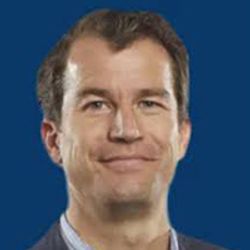 Durvalumab Plus Chemo Approved in China for Frontline Extensive-Stage SCLC