Immunotherapy Is on the Rise in Glioblastoma Treatment 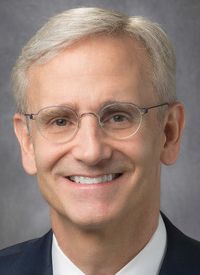 Although still considered a rare cancer, glioblastoma (GBM) is the most common malignant primary brain tumor in adults and is one of the most aggressive. The median age at diagnosis is 64 years and, according to the American Cancer Society, the 5-year relative survival rate is just 6% for patients aged 55 to 64 years.1

GBM accounts for 54% of all gliomas and 16% of all primary brain tumors.2 The age-adjusted incidence rate is 3.19 per 100,000 persons in the United States. Unlike other malignancies, the disease rate is 2.5 times higher in Whites compared with African Americans; Whites are also more likely to die from GBM.

The few treatments available have demonstrated limited efficacy and survival rate, and advances have barely moved since data supporting the Stupp protocol combining radiotherapy with temozolomide was published in 2005.3 At a median follow-up of 28 months, the combination induced a median overall survival of 14.6 months compared with 12.1 months for radiotherapy alone (HR, 0.63; 95% CI, 0.52-0.75; P <.001.) The protocol more than doubled the 2-year OS rate at 26.5% vs 10.4% with radiation.

At least one prominent GBM physician-investigator thinks these outcomes could change soon. Frederick F. Lang Jr, MD, chair of neurosurgery at The University of Texas MD Anderson Cancer Center, and a coleader of the institution’s Glioblastoma Moon Shot program, sees reasons to hope.

“I am optimistic that we are going to see changes in the survival as we start to [better] understand the groups of people we're treating, and as we separate out the tumors more precisely and classify them better,” he said in an interview with OncLive. “Then, as we understand the biology of [the disease] better and better, we're going to see changes in the near future terms of survival.”

Historically, Lang said, physicians utilized similar systemic therapies in their patients with GBM as those with other malignancies. However, as more information has been unraveled with brain cancers, researchers have more precisely distinguished between glioblastomas and astrocytomas, tumors that arise from star-shaped cells called astrocytes that make up the supportive tissue of the brain.

Lang said that the ability to precisely classify tumors based on a tumor’s molecular profile, particularly its IDH mutational status, is the biggest advancement in GBM care over the past 5 years.

“Tumors that are IDH wild-type are true glioblastomas and those are a completely different entity from the tumors that are IDH mutant. In the old days, 5 years ago, we used to lump all of those together based on what the pathologist looked at under the microscope. Now we know that those are different tumors. As we become more precise about this, we're going to be applying [our therapies] more specifically to these different tumors—giving us a much more precise outcome.”

Traditionally, investigators have struggled to derive efficacy from immunotherapy in GBM. PD-1 and PD-L1 inhibitors, as well as anti­–CTLA-4 inhibitors, have failed to cross the blood–brain barrier and, as Lang noted, the immune system behaves differently in the brain compared with other organs.

Amy B. Heimberger, MD, the Jean Malnati Miller Professor of Brain Tumor Research and a professor of neurological surgery at Northwestern University’s Feinberg School of Medicine, said GBM tumors are challenging to treat because they are highly heterogeneous and have a high degree of plasticity. Immunotherapeutic agents require an actionable target, the immune system has to be activated, and then the immune system has to traffic to the tumor microenvironment. The immune response then has to stay activated.

“Given the steps that need to take place, you can envision the complexity and deduce that a single agent that just controls one of those factors, that modulates just one of these functions in the setting of immune dysfunction, would not work,” said Heimberger. “In the context of glioblastoma, these are highly immunosuppressive tumors. Even though you might have a target—you may be able to generate an initial immune response—once it gets into that tumor microenvironment, it might not be able to exert the effect of response you desire.”

“With those steps in mind, some of the things I think are a little bit more exciting moving forward for glioblastoma are strategies that activate the immune system used in combination agents that control immunosuppression,” she added.

In the study, 57 patients received 8 doses of AV-GBM-1 over 6 months. At the time of the analysis, surviving patients had completed therapy and follow-up ranged from 10.1 months to 27.6 months from enrollment.

Results showed that the median progression-free survival (PFS) was 10.4 months (95% CI, 8.6-11.7) compared with a median PFS of 6.9 months (95% CI, 5.8-8.2) observed in the landmark Stupp trial. Median survival has not been reached and will be assessed after the final patient has a minimum follow-up of 15 months.4

In June 2021, the FDA granted Fast Track Designation to VBI-1901, a novel anti-CMV vaccine for the treatment of patients with recurrent GBM with first tumor recurrence. In a small phase 2a trial (NCT03382977), investigators randomized 20 patients to VBI-1901 plus granulocyte-macrophage colony-stimulating factor (GM-CSF) or AS01B. Patients received VBI-1901 every 4 weeks, with serologic immune-monitoring 2 weeks after each vaccination and surveillance brain MRI scans every 6 weeks.5

Heimberger explained that the findings are promising, but cautioned against making too much of either set of data.

“The issue is inadvertent enrollment bias such as a high frequency of patients with IDH mutations that tend to fair better,” she said. “Additionally, did they really get an active T-cell response into the tumor microenvironment? That could also be explored in the context of the window-of-opportunity studies.”

Heimberger, a former co-leader of the Glioblastoma Moon Shot program, was energized about preclinical data published in May. Investigators, including Lang who was a co-author of the study, found that targeting metabolic enzyme medium-chain acyl-CoA dehydrogenase (MCAD) in GBM caused irreversible damage and apoptosis in cancer cells. MCAD breaks down fatty acids that the body can then use for energy.

In-depth studies determined that blocking MCAD in GBM cells resulted in severe mitochondrial failure caused by the toxic buildup of fatty acids. This led to a catastrophic and irreversible cascade of events that resulted in apoptosis in GBM cells.

“The key question that arises is whether this particular mechanism is operational in the vast majority of cells in the tumor microenvironment,” Heimberger concluded. “I think this is a great proof-of-principle study, and certainly, the investigators should really be congratulated because it's a beautiful tour de force. There are a number of key steps that will be necessary though, in order to get this to a patient.” 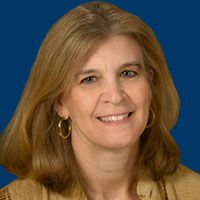