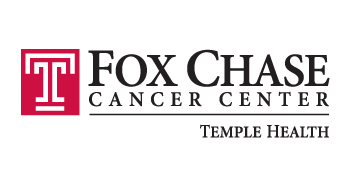 Namrata (Neena) Vijayvergia, MD, discusses the emerging role of immunotherapy in resectable and metastatic esophageal and gastric cancers, as well as key nuances that could complicate these agents’ utility in clinical practice.

The introduction of immunotherapy to the treatment paradigms of esophageal and gastric cancers has been an exciting advance, said Namrata (Neena) Vijayvergia, MD, who added that although agents, such as nivolumab (Opdivo), are not yet approved by the FDA in the adjuvant or metastatic settings, they should be considered for use based on National Comprehensive Cancer Network (NCCN) recommendations.

“Experts put out these guidelines for a reason,” said Vijayvergia. “There are phase 3 data supporting [the use of immunotherapy in esophageal and gastric cancers].”

Also, on January 20, 2021, the FDA granted a priority review to a supplemental BLA for nivolumab in combination with a fluoropyrimidine- and platinum-containing chemotherapy for use in patients with advanced or metastatic gastric cancer, GEJ cancer, or esophageal adenocarcinoma.2

In an interview with OncLive® during an Institutional Perspectives in Cancer webinar on gastrointestinal malignancies, Vijayvergia, assistant chief of Gastrointestinal Medical Oncology, assistant professor in the Department of Hematology/Oncology, and medical director of Medical Oncology at Fox Chase Cancer Center Partners, of Fox Chase Cancer Center, discussed the emerging role of immunotherapy in resectable and metastatic esophageal and gastric cancers, as well as key nuances that could complicate these agents’ utility in clinical practice.

OncLive®:How do the results of the CheckMate-577 trial support the use of nivolumab as adjuvant treatment for patients with esophageal cancer?

Vijayvergia:The CheckMate-577 study was very exciting in terms of adjuvant therapy for patients with esophageal cancer. [The results support the use of] adjuvant therapy with nivolumab [for these patients].

[CheckMate-577] compared nivolumab with placebo in patients who had treatment for their esophagus cancer and, at the time of surgery, did not have a complete pathological response. Giving those patients nivolumab in the adjuvant setting for up to 1 year led to an improvement in progression-free survival [PFS]. The disease-free survival was 22 months for the nivolumab group compared with 11 months for the placebo group. The curves started separating at around 3 months, and at around 6 months, they separated further. The separation continued for a long time, which is a really exciting finding. [Nivolumab] is something that is going to hopefully get [FDA] approval in [the adjuvant] setting soon. Interestingly, this study included patients with squamous and adenocarcinoma, so [adjuvant nivolumab] works for both [patient populations].

Should chemoimmunotherapy be considered for patients with metastatic esophageal cancer?

In [the metastatic] setting, esophageal and gastric cancer are differentiated from each other.

There are new data [regarding] the role of adding immunotherapy with pembrolizumab [Keytruda] to chemotherapy for patients with esophageal cancer. The KEYNOTE-590 trial [enrolled] patients with locally advanced and unresectable metastatic esophageal adenocarcinoma or squamous cell carcinoma. Patients were randomized to receive chemotherapy, which was cisplatin and 5-fluorouracil, with pembrolizumab or placebo. The primary end point was overall survival [OS] and PFS.

Interestingly, in this study, most patients, not just those who had a CPS greater than 10, benefited from the addition of pembrolizumab to chemotherapy with a hazard ratio [HR] of 0.73. Obviously, the extent of benefit improved in patients who had squamous cell carcinomas, as well as those who had PD-L1 [expression] greater than 10%.

What data support the use of immunotherapy in metastatic gastric cancer?

In terms of gastric cancer, we had the CheckMate-649 study that was presented at [the 2020] ESMO [Virtual Congress] that suggested the addition of nivolumab to chemotherapy in patients with a CPS greater than 5 was associated with an improvement in OS and response rate. The OS was 11 months [with chemotherapy alone] vs 14 months [with nivolumab/chemotherapy], favoring the combination arm. The study’s primary end point was to look at patients with a CPS of greater than 5 for PD-L1 [expression], but when [the investigators] looked at the entire population, the benefit was maintained [with nivolumab] in all patients. However, that was not the primary end point. The outcome of the study was that adding nivolumab to oxaliplatin-based chemotherapy was beneficial in patients who have a CPS greater than 5.

Apart from [CheckMate-649], there were 2 other studies that complicated the picture a little bit. There was the ATTRACTION-4 trial, as well as the KEYNOTE-062 trial, which had suggested that the benefit of immunotherapy was not that [significant]. In the KEYNOTE-062 trial, some benefit [was observed] in PFS, but not much in OS, meaning there wasn’t much benefit to adding pembrolizumab to chemotherapy.

However, in patients who had a CPS greater than 10, pembrolizumab alone was very effective. Unfortunately, this was not a primary end point of the study and this was more of a secondary analysis. Hence, we cannot take [pembrolizumab monotherapy] to the frontline [setting], but it is beneficial. In patients who are frail and cannot get chemotherapy [but] have a CPS greater than 10, using single-agent pembrolizumab is absolutely reasonable and should be considered.

What could explain the conflicting results observed in the KEYNOTE-062, ATTRACTION-4, and CheckMate-649 trials?

Trying to understand why one [immunotherapy] worked and one didn’t is a little confusing, but patient selection is very important. Interestingly enough, if we look [at the data] and compare these 3 trials, the KEYNOTE-062 trial compared with the ATTRACTION-4 trial and the CheckMate-649 trial used a cisplatin-based regimen rather than oxaliplatin. [The discrepancy] could be that the chemotherapy backbone was different.

Also, the [study] locations [were different]. The ATTRACTION-4 trial was done in Asia, [whereas] the KEYNOTE-062 and CheckMate-649 studies were done worldwide.

There were a lot of differences in these studies and people are attributing [the conflicting results] to the chemotherapy backbone in the KEYNOTE-062 trial vs the nivolumab studies. Also, the higher enrichment of PD-L1 in the CheckMate-649 study [may have contributed] to the overall benefit; 82% of patients had a CPS greater than 1 and 60% had a CPS greater than 5 in that study.

Having seen these data, do you adhere to the NCCN guidelines that recommend immunotherapy?

Absolutely. Even though these agents are not approved by the FDA, they are under review by the FDA. The NCCN guidelines recommend nivolumab as a category 1 indication in the adjuvant setting for [patients with] esophagus cancer. For patients with gastric cancer who are HER2 negative and have a CPS greater than 5, adding nivolumab [to chemotherapy] is recommended. Similarly, adding immunotherapy for patients with esophageal cancer [is recommended].

Could there be any overlap between biomarkers such as PD-L1 and microsatellite instability status that could be used identify a specific population of patients that benefit most from immunotherapy?

Interestingly, the KEYNOTE-062 trial tried to do this testing. In the study, about 5% of patients in the pembrolizumab alone–arm were MSI-high [(MSI-H) vs], about 7% in the chemotherapy-alone arm, and about 8% in the pembrolizumab plus chemotherapy arm. A very interesting finding showed that there was a collection of MSI-H tumors that were enriched for PD-L1. If we look at the benefits of therapy in those patients, there is a clear benefit to pembrolizumab plus chemotherapy vs chemotherapy alone. The HRs were in the range of 0.2 to 0.3, [representing] very significant benefit in that area. Patients with MSI-H disease tend to enrich PD-L1 scoring.

There are some data in early-stage disease that patients with MSI-H disease may not respond very well to chemotherapy. That would even extend into the metastatic setting too, but we will see. At this point in time, I would definitely recommend pembrolizumab with or without chemotherapy for patients who are MSI-H.

Beyond immunotherapy, what other advances appear promising in gastric cancer?

There is also a lot of excitement around HER2-directed therapy. A study that was presented during the [2021 Gastrointestinal Cancers Symposium evaluated] FGFR2-altered gastric cancer. [The data showed that] the addition of an FGFR inhibitor to FOLFOX chemotherapy improved outcomes.

Therefore, not only is immunotherapy buzzing in this space, a lot of targeted therapy options [are emerging]. Data with ZW25 [zanidatamab] were presented during the [2021 Gastrointestinal Cancers Symposium]. At the same time, [fam-trastuzumab deruxtecan-nxki (Enhertu)] was approved for second- and third-line HER2-positive gastric cancer.

Given these data, will FGFR2 testing become a standard marker to test for in practice?

[FGFR2 testing] is available, but we typically didn’t test for it because there were no therapies suggesting benefit until now. We’re still awaiting the phase 3 study to [reveal] more data, but it is something we can all work toward easily to figure how to [best identify FGFR2 mutations].

Emerging Agents and Biomarkers in Gastric and GEJ Cancers