Several clinical trials have evaluated the addition of immunotherapy to standard chemotherapy in the frontline treatment of patients with advanced non–small cell lung cancer, all of which echo similar conclusions: these combinations are a mainstay in this population. 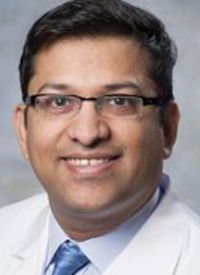 Several clinical trials have evaluated the addition of immunotherapy to standard chemotherapy in the frontline treatment of patients with advanced non—small cell lung cancer (NSCLC), explained Vinay Gupta, MD, all of which echo similar conclusions: these combinations are a mainstay in this population.

In a presentation during the 2018 OncLive® State of the Science Summit™ on Advanced Non—Small Cell Lung Cancer, Gupta, an oncologist/hematologist at Saint Luke’s Cancer Specialists, highlighted 3 specific trials that have demonstrated this benefit in both advanced- and earlier-stage settings.

Immunotherapy has shown a consistent benefit in patients with advanced or metastatic disease, whether it’s used in combination with chemotherapy or with angiogenesis inhibition. However, its benefit is not restricted to this setting, explained Gupta, as was demonstrated by the phase III PACIFIC trial after chemoradiation.

“Prior to these data, the standard of care was concurrent platinum-based chemoradiation, which resulted in modest outcomes and a poor median survival,” said Gupta. “Approximately 80% to 85% of patients would progress to stage IV disease.”

In the trial, adult patients with locally advanced, unresectable, stage III NSCLC were randomized 2:1 to receive either 10 mg/kg of durvalumab (Imfinzi) every 2 weeks for up to 1 year (n = 476) or placebo (n = 237). Patients with either nonsquamous and squamous histologies were eligible to participate if, after receiving ≥2 cycles of platinum-based chemotherapy and radiation, they had not progressed on therapy (n = 713). Therapy was given within 42 days of completing concurrent chemoradiation and continued until disease progression or unacceptable toxicity.

Patients were stratified by age (<65 and ≥65), sex, and smoking history. PD-L1 status was not required. Although patients with EGFR mutations were eligible to enroll, they accounted for just a small percentage of the study population (n = 43).

Coprimary endpoints were progression-free survival (PFS) and overall survival (OS). The median PFS rates, as reported in the interim analysis published in the New England Journal of Medicine, were 16.8 months and 5.6 months with durvalumab consolidation and placebo, respectively (HR, 0.52; 95% CI, 0.42-0.65; P <.001). The 18-month PFS rates were 44.2% with durvalumab consolidation and 27% with placebo. Overall, the response rate was higher in those who received durvalumab (28.4%) than it was in those who were given placebo (16%; P <.001).1 Excluding PD-L1—negative patients (≥1%), results were irrespective of PD-L1 25% or ≥25%. Moreover, all prespecified subgroups showed benefit.

OS data were published 10 months later, revealing superiority with durvalumab (66.3%) as compared with placebo (55.6%) at 1 year.2 In line with the 32% reduction in the risk of death seen with durvalumab, time to distant metastases or death was also improved with the agent (28.3 months) versus placebo (16.2 months).

In terms of safety, grade 3/4 adverse events (AEs) were observed in 30.5% and 26.1% of the experimental and control arms, respectively. The most common AE was pneumonia, and also led to the highest rate of treatment discontinuation.

"Rather than surveillance, waiting, and monitoring, we have an agent that improves survival,” said Gupta. “There's no doubt in my mind that this is one of the most significant changes in stage III disease in the last 20 years.”

For patients without EGFR or ALK mutations who present with advanced disease and have a PD-L1 expression ≥50%, pembrolizumab (Keytruda) has become a suitable frontline option following its FDA approval in October 2016. However, many patients fail to meet this cutoff, stated Gupta, which may prevent them from receiving immunotherapy altogether.

The FDA is currently reviewing a supplemental biologics license application (sBLA) for pembrolizumab monotherapy for the frontline treatment of patients with locally advanced or metastatic nonsquamous or squamous NSCLC with a PD-L1 expression (tumor proportion score) level of ≥1% and no EGFR or ALK genomic tumor aberrations. The agency is scheduled to make its decision on the sBLA by April 11, 2019.

Encouraging data from the phase III IMpower150 trial showed that patients with NSCLC can receive and benefit from a frontline immunotherapy-based combination. Data from the trial served as the basis for the FDA approval of atezolizumab (Tecentriq), with bevacizumab (Avastin), carboplatin, and paclitaxel (ABCP) for frontline use in patients with nonsquamous NSCLC and have no EGFR/ALK aberrations.

If patients with EGFR or ALK mutations had progressed on at least 1 TKI, they were allowed to enroll in the study. Patients with untreated central nervous system metastases, autoimmune disease, or those who had received prior immunotherapy were otherwise excluded. PFS served as the primary endpoint of the study.

"There are slightly worse side effects when you incorporate immunotherapy, mostly in terms of rash, diarrhea, and pneumonitis," said Gupta. "I would not call it tolerable, but we have learned how to manage these side effects."

Another practice-changing study, resulting in both an FDA approval and NCCN compendium update, was the KEYNOTE-189 trial. In the double-blind, phase III trial, 616 patients in the frontline intervention arm received 200 mg of pembrolizumab every 3 weeks and 500 mg/m2 of pemetrexed plus either 75 mg/m2 of cisplatin or carboplatin on day 1 every 3 weeks for 4 cycles, followed by 200 mg of pembrolizumab plus 500 mg/m2 of pemetrexed every 3 weeks. Patients in the control arm received the same variation, except pembrolizumab was replaced with placebo.

PFS and OS served as coprimary endpoints of the trial. Exclusion criteria consisted of EGFR or ALK mutations, symptomatic CNS, autoimmune disease, or a history of lung irradiation within last 6 months.

All patients underwent PD-L1 testing and were stratified by PD-L1 expression, carboplatin and cisplatin eligibility, and smoking history.

Although the regimen has become quickly adopted as the standard of care in the absence of targetable mutations, grade 3/4 toxicities were heighted with the regimen.

"The hope is that in the future, we could justify a sole immunotherapeutic approach in treating stage IV lung cancer in the first-line setting,” Gupta concluded.