As generic imatinib enters the market, new questions focus on a renewed role for the agent in conjunction with second-generation TKIs.

The introduction of imatinib (Gleevec) dramatically transformed the treatment paradigm for a majority of patients with chronic myeloid leukemia (CML), ushering in a new era in cancer therapy championed by targeted agents. Now, as generic imatinib enters the market, new questions focus on a renewed role for the agent in conjunction with second-generation TKIs, according to Jerald P. Radich, MD, at the 2016 NCCN Annual Congress on Hematologic Malignancies.

"We have made unbelievable changes in the natural history of this disease," said Radich, a member of the Clinical Research Division at Fred Hutchinson Cancer Research Center. "We have a drug that hits the target, and a target where we can monitor the disease burden. If you look at the relative survival in the chronic phase for those who have the disease versus the natural history of people without CML, it's virtually within 95% confidence interval to the full population, which is absolutely astonishing."

Since the approval of imatinib, the second-generation BCR-ABL inhibitors dasatinib (Sprycel) and nilotinib (Tasigna) have also gained approval as frontline and second-line therapies for patients with CML. These agents were later joined by bosutinib (Bosulif) and ponatinib (Iclusig), which are approved as second or third-line therapies.

In most cases, selection of a frontline TKI depends on treatment goals, specifically related to achieving a major molecular remission (MMR) or a complete molecular response (CMR), comorbidities, compliance, and the possibly of discontinuing the medication in the future. With a generic version now available, cost and affordability could become another factor to consider.

At this point in time, the first approved generic version of imatinib is within a 6-month exclusivity window, resulting in a higher price compared with the future. The drug is priced at an approximate 10% discount currently, according to Radich. However, as this exclusivity window lifts and other generics enter the market, the price will continue to drop until it reaches 15% of the original price, Radich believes. Currently, second-generation TKIs are priced at $100,000 to $150,000 annually, he said.

"We should expect a pretty big drop," said Radich. "Once you get more of them out there in the marketplace, there's about a 40% reduction in costs. If there are more than 3 generics out there, then there is about a 50% drop. If there are 4 generics, it can get down to 15% to 20% of the brand cost."

Costs are not the only piece of the puzzle, however, as the second-generation agents have shown significantly greater efficacy in head-to-head comparisons with imatinib in the phase III DASISION and ENESTnd trials.1,2 Moreover, each agent has shown efficacy in the second-line setting, adding a further option to help delay progression to accelerated phase (AP) or blast crisis (BC). "Once people progress, their median survival is about 1 year," said Radich.

"The imatinib 400 mg arms are amazingly similar between studies for all of these criteria. They are surprisingly similar outcomes with imatinib,” said Radich. “Short term response is better with the second-generation drugs but overall survival is similar."

While side effects are similar across TKIs, arteriothrombotic events are lower with imatinib versus other second-generation agents. Across studies, imatinib at 400 mg was associated with an arteriothrombotic event rate of 2% to 3% versus 5% to 16% with second-generation TKIs. This may be related to a class effect and hitting BCR-ABL, noted Radich.

In a phase II study exploring a double dose of imatinib (800 mg),3 efficacy was similar for the larger dose to second-generation agents; however, there were more side effects, noted Radich. The CCyR with 800-mg imatinib was 85% and the MMR was 53%. The OS rate was 95% at 1 year.

"The imatinib at 800 mg gave almost the exact same results as a second-generation drug, and that has been seen in many trials," Radich said. "But with imatinib, once you get up to 800, you get a lot more toxicity."

To potentially uncover an optimal use for imatinib in conjunction with the more effective second-generation agents, Radich and colleagues developed a computer model to assess various sequences of the agents, with several factors assessed for switching therapy. These sequences typically consisted of imatinib followed by a second-generation TKI or the reverse, with long-term outcomes simulated.

For those with low-risk CML, the model suggested that frontline imatinib could safely be utilized with distinct switching points, such as MMR at 3, 6, and 12 months. For high-risk patients, a second-generation agent should be used upfront.

Under this model, a switch in therapy would be based upon BCR-ABL count >10% by quantitative reverse transcription polymerase chain reaction (QPCR). Those started on imatinib who fail to achieve this milestone should be switched to a second-generation TKI, Radich said.

Those with >10% BCR-ABL after 6 months tend to have a significantly worse long-term outcome, Radich said. In an analysis of outcomes with imatinib from a combined first-line patient population selected from phase III studies,4 the 5-year OS rate was 74% with imatinib when BCR-ABL was >10% at both the 3- and 6-month mark.

"MMR is a safe haven. If patients get into an MMR, they almost never progress or become resistant. It is really a milestone of therapy," said Radich. "If you have a bad result at 3 months and at 6 months, your chance of getting a major molecular response is less than 5%. This is clearly a warning sign to do something different."

Compliance is another important factor to consider, if a 3-, 6-, or 12-month MMR milestone is not reached. A 2009 study5 found that just 14.2% of patients were taking imatinib as prescribed, with 71% taking less than the prescribed dose. In studies, if 90% of the dose is taken correctly the MMR is 90% and the CMR is 40%. However, if less than 90% is taken, these rates drop significantly, Radich said.

"We've spent a lot of money on second-generation TKIs when really all we may have needed to do was make sure that people took their first-generation TKIs," he noted. "Taking your drug probably trumps all other indications for which drug to take."

Numerous programs have been developed and launched to improve adherence, since there is a significant correlation between compliance and achieving a MMR or CMR, Radich said. Compliance is often related to adverse events or the number of pills needed to be taken. "When a patient is first diagnosed with CML, they aren't sick. Anything you do to them will make them sicker than when they walked in the door, so they aren't very tolerant of anything with side effects," said Radich.

"When we first started treating patients with these drugs we figured they would be on them for life," said Radich. "This is an exciting time. You can actually think about taking people off drug. They can have children, and you can save people money." 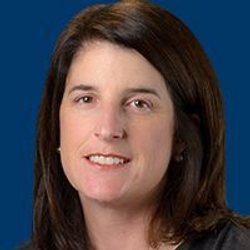 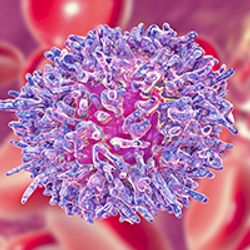 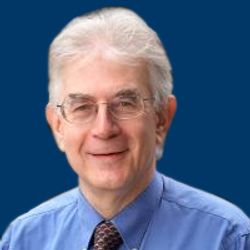