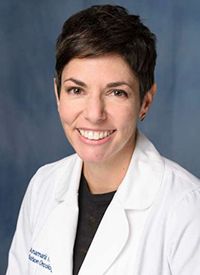 Intensity-modulated radiation therapy (IMRT) elicited durable efficacy and a favorable safety profile compared with conventional radiotherapy (CRT) in patients with endometrial and cervical cancers who received postoperative pelvic radiation. At 3 years of follow-up, patients who underwent IMRT experienced reduced rates of chronic diarrhea and urinary toxicity vs those who underwent CRT, with no differences in disease outcomes, according to findings published in the Journal of Clinical Oncology.1

Moreover, 1 year post-radiation therapy, the rate of high-level diarrhea frequency was 3 times greater in the CRT arm (15.1%) than with IMRT (5.8%; P = .042). More patients in the CRT group reported taking antidiarrheal medication at least twice a day (8.6% vs 1.2%; P = .036). There were no significant differences in regard to incontinence or abdominal pain at 1 or 3 years.

“IMRT results in reduced patient-reported chronic diarrhea and urinary toxicity compared with CRT, with no difference in disease outcomes at 3 years,” wrote Anamaria R. Yeung, MD, clinical associate professor and residency program director of Radiation Oncology at the University of Florida college of medicine, and coinvestigators. “The updated results of this trial fully support its continuous use in this setting and suggest that IMRT should now be considered the standard of care.”

Postoperative radiotherapy is used to reduce locoregional recurrence in patients with cervical and endometrial cancer. Although the therapy is effective in reducing the risk of recurrence, it is also associated with significant increases in morbidity and toxicity.

Previous reports from the NRG Oncology RTOF 1203 trial (NCT01672892) showed that IMRT was linked to fewer gastrointestinal adverse events (GI AEs) than CRT. The trial was a phase 3, multicenter, randomized, controlled study which enrolled postoperative patients with cervical or endometrial cancer. Patients received a radiation dose of either 45 Gy or 50.4 Gy along with concurrent cisplatin (40 mg/m2) once weekly, at their physician’s discretion.

The primary end point was acute GI toxicity at week 5 as determined by the Expanded Prostate Cancer Index Composite (EPIC) patient-reported outcome (PRO) instrument. Primary findings showed that after 5 weeks of radiotherapy, IMRT garnered improvements in rates of diarrhea, fecal incontinence, and interference of fecal incontinence. The difference between IMRT and CRT across these domains was 18.2% (P = .01), 8.2% (P = .01), and 8.5% (P = .04), respectively.

Overall, 97.1% of patients completed the EPIC questionnaire at baseline. Response rates decreased to 88.9% at week 3, 86.7% at week 5, to 77.1% at 1-year post-radiotherapy and 55.1% at 3 years post-radiotherapy. At 1 and 3 years, the PROs did not reveal any significant differences in functional assessment of cancer therapy-general total scores, indicating that patient quality of life was comparable between the 2 arms.

In addition, the physician-reported outcomes showed that there were no late, grade 2 or worse urinary toxicities in either arm. Late grade severe GI toxicities were comparable between the 2 arms: 11.2% with IMRT and 11.8% in the CRT arm. No grade 5 toxicities were reported, although 1 grade 4 toxicity related to treatment reported in the CRT arm.

“It is well known that pelvic radiation therapy results in lasting GI and urinary toxicity. One way to mitigate the late toxicity of pelvic EBRT is to use IMRT. However, few prospective, randomized trials have been performed directly comparing pelvic IMRT with CRT,” Yeung concluded. “[This] study is the first large, multicenter phase 3 trial comparing pelvic IMRT and CRT using PROs to evaluate toxicity from the patients’ perspective.”