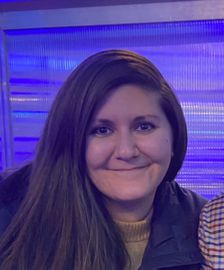 Intraperitoneal radioimmunotherapy with the anti-B7H3 murine monoclonal antibody 131I-omburtamab was well tolerated with low radiation exposure to normal organs, making it a feasible option to combine with other therapies in patients with desmoplastic small round cell tumor.

Intraperitoneal (IP) radioimmunotherapy (RIT) with the anti-B7H3 murine monoclonal antibody 131I-omburtamab was well tolerated with low radiation exposure to normal organs, making it a feasible option to combine with other therapies in patients with desmoplastic small round cell tumor (DSRCT), according to data from a phase 1 study published in the Journal of Clinical Oncology.1

Results indicated that the maximum-tolerated dose had not been reached, and no dose-limiting toxicities (DLT) were observed. The mean projected absorbed doses for 131I-omburtamab, based on 124I-omburtamab dosimetry to normal organs, were low and were noted to fall within tolerable limits. At 66 hours following RIT, more than 80% 131I remained protein bound in blood and patients with DSRCT who received standard whole-abdominal radiotherapy after RIT did not experience unexpected toxicity. Based on peritoneal dose and feasibility for outpatient administration, the recommended phase 2 dosing was determined to be 2.96 GBq/m2.

“Patients receiving IP RIT in addition to standard therapy had superior PFS and OS compared with historical data on patients who received a similar multimodality regimen without IP RIT,” the study investigators wrote. “In addition, 2 of 3 patients with recurrent rhabdomyosarcoma in the peritoneal compartment are long-term relapse-free survivors after receiving whole abdominal pelvic intensity–modulated radiotherapy followed by IP RIT.”

Due to the poor long-term survival among patients with DSRCT and other tumors with peritoneal involvement, and the lack of effective treatment regimens, there is an unmet need for novel therapies for patients with these rare tumors. As such, in the phase 1 study, investigators sought to evaluate the safety, pharmacokinetics, and biodistribution of IP RIT with 131I-omburtamab.

To be eligible for enrollment, patients had to have DSRCT with peritoneal involvement, or other refractory/relapsed B7H3-expressing tumors involving the peritoneum with less than a 20% chance of long-term survival. Additionally, patients had to have the ability to comply with radiation safety restrictions, and availability of 2 x 106 CD34+ cryopreserved cells/kg for infusion. Those with dense peritoneal adhesions preventing adequate IP distribution and grade 2 or higher toxicities were not eligible for inclusion.

Overall, 52 patients were enrolled to the study; of these patients, 48 had DSRCT, 3 had peritoneal rhabdomyosarcoma, and 1 had Ewing sarcoma. After receiving high-dose neoadjuvant chemotherapy, patients underwent debulking surgery and adhesiolysis, followed by insertion of an indwelling IP catheter. An oral saturated solution of potassium iodide was administered 5 to 7 days before protocol therapy, at an oral dose of 5 to 7 drops, 3 times daily. Additionally, oral liothyronine, given at a dose ranging from 25 mg to 75 mg daily, was started for thyroid protection and continued for a total of 42 days. Thyroid blockade was confirmed by a subnormal thyroid- stimulating hormone level prior to IP injection.

After thyroid blockade, patients received 131I-omburtamab as a single IP injection, escalating from 1.11 GBq/m2 to 3.33/GBq/m2. A prior tracer dose of IP 74 MBq I-omburtamab was used for radioimmuno–positron emission tomography imaging. Each injection was followed by IP saline infusion.

A standard 3+3 phase 1 design was used to evaluate the escalated dosing of 131I-omburtamab, with a starting activity of 1.11 GBq/m2. Escalation in increments of 0.37 GBq/m2 was planned if patients at each level experienced DLT for a period of 35 days after 131I-omburtamab, and DLTs were defined as any grade 3 or higher toxicity, with the exception of myelosuppression, fever, rash, and hypotension. After the recommended phase 2 dose was established, an additional 24 patients were treated at that activity but were monitored for toxicity for 14 days or until additional therapy was initiated. For patients with measurable disease, response was assessed between days 24 and 38 using RECIST criteria.

In terms of safety, both dosimetry and diagnostic administrations were well tolerated at all dose levels, and no DLTs were encountered. Acute toxicities attributable to RIT were related to the large volume of saline flush and were determined to be transient; they included grade 2 pain, and grade 1 to 2 vomiting. Additionally, 2 patients experienced grade 1 fatigue that lasted a week after IP RIT. However, no intermediate or long-term toxicities attributable to IP RIT were observed.

Dr. von Mehren on Outcomes With Ribociclib/Everolimus in Dedifferentiated Liposarcoma 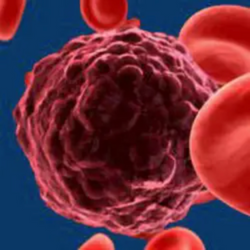