Panayiotis S. Savvides, MD, discusses the results of the KEYNOTE-407 and IMpower131 trials and how the data have impacted the treatment of patients with stage IV squamous non–small cell lung cancer. 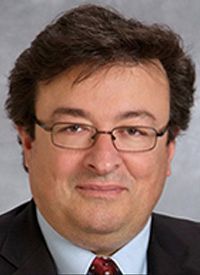 The introduction of immunotherapy to the treatment paradigm of stage IV squamous non—small cell lung cancer (NSCLC) has led to the adoption of a new standard of care for patients, said Panayiotis S. Savvides, MD.

"Documenting the efficacy of immunotherapy has revolutionized what we are able to offer to our patients over the last few years," said Savvides. "The options for patients are significantly improved with these advances. Interestingly, the safety profile of immunotherapy is completely different from the cytotoxic chemotherapy regimens we were using. Immunotherapy seems to be more favorable."

While PD-L1 expression may signal whether to use single-agent immunotherapy or chemoimmunotherapy, questions remain regarding patient selection.

In October 2018, the FDA approved the PD-L1 inhibitor pembrolizumab (Keytruda) in combination with carboplatin and either paclitaxel or nab-paclitaxel (Abraxane) for the first-line treatment of patients with metastatic squamous NSCLC based on positive results from the phase III KEYNOTE-407 trial. Findings from the study demonstrated a median overall survival (OS) of 15.9 months with chemoimmunotherapy compared with 11.3 months with chemotherapy alone, regardless of PD-L1 status (HR, 0.64; 95% CI, 0.49-0.85; P <.001).1

However, the phase III IMpower131 trial did not elicit similar responses. Though a significant OS benefit was noted with the combination of atezolizumab (Tecentriq) in combination with chemotherapy in patients with treatment-naïve squamous NSCLC who also highly express PD-L1 compared with chemotherapy (23.4 months vs 10.2 months; HR, 0.48; 95% CI, 0.29-0.81), no significant OS benefit with the combination was found in the intent-to-treat population.2

"Obviously, we are in an era of rapid involvement," said Savvides. "There are some practice-changing results that will benefit our patients. However, we are just scratching the surface of combining different immunotherapeutic agents."

In an interview during the 2020 OncLive® State of the Science Summit™ on Lung Cancer, Savvides, a medical oncologist at Mayo Clinic Arizona, discussed the results of the KEYNOTE-407 and IMpower131 trials and how the data have impacted the treatment of patients with stage IV squamous NSCLC.

OncLive: Could you discuss the significance of the KEYNOTE-407 trial and how do the results underscore the importance of PD-L1 testing?

Savvides: KEYNOTE-407 is an important trial and it now represents the new standard of care for the treatment of patients with squamous NSCLC.

Estimating PD-L1 expression is very important, and it guides our decision in selecting between pembrolizumab monotherapy or a combination chemotherapy and pembrolizumab.

What did the KEYNOTE-407 trial demonstrate?

In KEYNOTE-407, patients were randomized to a doublet of carboplatin and investigator's choice of paclitaxel or nab-paclitaxel, which was standard of care at that point, with or without the addition of pembrolizumab.

The data demonstrated that the addition of pembrolizumab resulted in significant and clinically meaningful improvement in both progression-free survival (PFS) and OS.

How did the results of the IMpower131 trial differ?

What questions were raised by the negative results of the IMpower131 trial?

Although there was significant benefit noted in the high—expresser group, and there is a clearly defined subgroup of patients with squamous NSCLC where the addition of chemotherapy may be clinically meaningful. These subgroups may be patients who have rapidly progressive visceral disease or bulky disease where we think that immunotherapy alone may not be the first best choice.

Maybe evaluating the real efficacy of immunotherapy in that group will show a need for a trial in that space.

Are there speculations as to why there was no OS improvement demonstrated?

Although KEYNOTE-407 and IMpower131 were not identical and certification factors differed among them, patients were eligible for both trials.

Additionally, the definition of the different subgroups and their positivity varied between trials. In the KEYNOTE-407 trial, the estimation of PD-L1 expression was the tumor proportion of positive cancer cells. In the IMpower131 trial, there was a slightly different definition using some of the same numerical values, but it included the expression of PD-L1 both on the cancer cells and immune cells.

I don't have the detailed data regarding what the contribution of its component was in the different subgroups, but the overall percent of high—PD-L1 expressers lead the positive benefit observed in both trials. Additionally, that percent was observed in a high–expressing group that was higher in KEYNOTE-407.

It is unclear if this is the only driver that accounts for the difference, but this was a noticeable difference that might have had important implications.

How are you applying these data to clinical practice?

Ideally, we like to know PD-L1 expression information at the time of treatment selection so we can incorporate [that to treatment]. Obviously, we need to have an accurate and complete picture of the burden and location of disease.

Is using pembrolizumab as immunotherapy sufficient or would it be beneficial to treat with pembrolizumab in combination with appropriate cytotoxic chemotherapy? That question needs to be answered.

What ongoing trials are you excited to hear more about in this space?

Right now, we have more combinations than patients eligible to be put on the clinical trials. Though we have to optimize that, this is an exciting time. Patient outcomes will likely improve rapidly.

What is your take-home message?

We need to incorporate this information [in the community setting]. As a community practitioner, we have to ensure we invest the time and effort to appropriately assign immunotherapy or chemoimmunotherapy to our patients with metastatic squamous NSCLC.