With an increased understanding of disease biology, several approaches are under examination to optimize the management of patients with graft-versus-host disease. 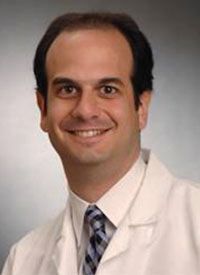 With an increased understanding of disease biology, several approaches are under examination to optimize the management of patients with graft-versus-host disease (GVHD), Corey Cutler, MD, MPH FRCP, who added that novel combinations with steroids are gaining ground in the frontline setting, while novel agents such as JAK inhibitors are raising the bar in the steroid-refractory setting.1

When treating patients with GVHD, it is important to differentiate on a clinical level whether a patient has chronic or acute disease, as the pathobiological differences between the 2 differ greatly. Acute GVHD (aGVHD) can develop into chronic GVHD (cGVHD) and is thought to represent T-cell mediated disease that targets specific organs, such as the skin, the gastrointestinal tract, and the liver. cGVHD is a more complex disease, with several T-cell subsets, as well as involvement of the B-cell pathway and the monocyte macrophage lineage.2

“[This is] particularly relevant in terminal stages of cGVHD, where we see lots of fibrosis scarring and sclerosis,” Cutler, the medical director of Stem Cell Transplantation at the Dana Farber Cancer Institute, and an associate professor of medicine at Harvard Medical School, explained during a presentation at the 25th Annual International Congress on Hematologic Malignancies.

It has become clear that the gut microbiome can play a role in the development of aGVHD, according to Cutler. Some inflammatory markers can be elucidated by the microbiome, and in the absence of conditioning-related injury, can activate the immune system; this is partially responsible for the upregulation of alloantigen presentation at the level of lamina propria, as well as the recruitment of donor T cells, added Cutler.3

“Not only have we learned a lot about how to treat [patients with] GVHD, but we’re also learning how to prevent it through modulation of the gut microbiome,” Cutler said.

Treatment goals in aGVHD are focused on improving or stabilizing organ manifestations, limiting long-term treatment-associated adverse effects, improving the functional capacity or quality of life of patients, and ultimately, improving overall survival (OS), according to Cutler.

Frontline treatment for patients with aGVHD often includes the use of corticosteroids, such as solumedrol (methylprednisolone), which is generally administered at a daily dose of 1 mg/kg to 2 mg/kg.4 Many patients will respond to this treatment but up to 20% will be steroid refractory, and another 20% to 25% will relapse, according to Cutler. Notably, until recently, no standard of care for second-line setting was available.

Several studies have been conducted to improve initial therapy for patients for aGVHD; however, many have yielded negative results, Cutler said. A significant phase 3 study (NCT01002742) evaluated the addition of mycophenolate mofetil to steroids (n = 116) vs steroids alone (n = 119) as frontline treatment in patients with aGVHD. Results showed that survival probability after 360 days with steroids plus mycophenolate mofetil was 57.8% (95% CI, 48.2%-66.3%) vs 64.7% (95% CI, 55.2%-72.6%) with steroids/placebo.5

“[The addition of mycophenolate mofetil] added nothing. In fact, [the combination did] even worse than steroids alone for [patients with] aGVHD,” Cutler said. “We need more targets.”

To this end, investigators have set out to target cytokines in aGVHD by focusing on the JAK-STAT signaling pathway, according to Cutler. Many of the inflammatory cytokines that are important in the disease, like interleukin-6 or interferon-g (INF-g), signal through JAK-STAT pathways through independent receptors.6 The assemblies of different monomers can result in varied processes, which can be targeted with agents like ruxolitinib (Jakafi), Cutler explained.

Recently, the phase 3 GRAVITAS-301 trial (NCT03139604) examined a newer JAK inhibitor itacitinib with or without steroids in the initial treatment of 436 patients with aGVHD. Participants were randomized 1:1 to receive itacitinib at a daily dose of 200 mg plus corticosteroids, or placebo plus corticosteroids. The primary end point of the trial was overall response rate (ORR) at 28 days, while the secondary end point was non-relapse mortality (NRM) at 6 months. Top-line results showed that the ORR at day 28 was slightly better in the itacitinib arm at 74.0%, compared with 66.4% in the placebo arm (P = .08); however, this was not determined to be statistically significant and so, the trial was halted.7

“This was unfortunate, because the control group actually did significantly better than what we anticipated and what we had planned for,” Cutler explained. “This was a negative trial, although it certainly tells us that the incorporation of JAK inhibitors in the frontline might be promising.”

“Subjects who had a slightly lower response rate with sirolimus ended up being salvaged very well with corticosteroids, and this did not lead to a reduction in OS,” Cutler noted.

In patients with steroid-refractory aGVHD, JAK inhibition was once again examined in the phase 2 REACH-1 study (NCT02953678). To be eligible for enrollment, patients had to be at least 12 years of age with grade 2 to 4 corticosteroid-refractory aGVHD per MAGIC criteria. Here, patients were treated with ruxolitinib at a daily dose of 5 mg until treatment failure, intolerable toxicity, or death. The primary end point of the trial was ORR at day 28, while secondary end points included 6-month duration of response, NRM, malignancy relapse rate, OS, and safety.

Results indicated that the ORR with this approach was 54.9% in all patients (n = 71), while those with grade 2 disease (n = 23) experienced the highest ORR, at 82.6%. Additionally, the median time to response was 7 days. However, although response rates were high, approximately one-third of responders still experienced 1-year NRM.9

“That was significantly better but still lacking in terms of a great number, in comparison with the subjects who were non-responders, of whom 85% died at 1 year,” Cutlet said.

Notably, the data from this trial led to the May 2019 FDA approval of ruxolitinib for the treatment of patients with aGVHD.

This trial was followed by the phase 3 REACH-2 trial (NCT02913261), which was mostly conducted in Europe. A total of 308 patients were enrolled in this trial and they were randomized to receive either ruxolitinib at a slightly higher dose of 10 mg twice daily, or best available care per the treating physician. Several regimens were allowed in this trial, although most would not typically be considered to be standard therapy in North America, noted Cutler.

“As such, we still have a long way to go in [the treatment] of [patients with] steroid-refractory aGVHD,” Cutlet said.

To this end, many efforts are being made to develop other agents to treat patients with steroid-refractory aGVHD. For example, one compound under evaluation is Alpha-1 Antitrypsin; this agent prevents effector cell cytotoxic cell killing, noted Cutler. Additional agents under investigation include the CD6 T-cell inhibitor EQ001 and T-Guard, a CD3/CD7-ricin conjugated monoclonal antibody cocktail. Additionally, several efforts are being made to examine mesenchymal stromal cells and costimulation blockades, according to Cutler.

It is understood that there are 3 distinct phases of cGVHD: phase 1 is acute inflammation and tissue injury, phase 2 is chronic inflammation and dysregulated immunity, and phase 3 is aberrant tissue repair and fibrosis.11

The majority of patients will cycle through multiple lines of therapy when they are initially treated for cGVHD, noted Cutler. After 4 years, only 11% of patients have not moved on to receive second-, third-, or fourth-line therapy.12 However, several agents can now be used in the second-line setting for these patients, such as extracorporeal photopheresis, rituximab, imatinib (Gleevec), and pentostatin.

In terms of mechanistic interventions for prevention and treatment of patients with cGVHD, 2 major pathways should be focused on, according to Cutler. The first is a reduction in the alloreactive T-cell pathway, by augmenting regulatory T cells. The second pathway is one that inhibits B cells and their role in initiating cGVHD, explained Cutler.13 Several agents are able to block those individual pathways.

Ibrutinib (Imbruvica), a B-cell inhibiting compound that targets the BTK pathway, is under examination in patients with steroid-refractory cGVHD. In a phase 1/2 study (NCT02195869), investigators examined the agent in 42 patients, at a dose of 420 mg. Patients received treatment until disease progression or intolerable toxicity. Results showed that 79% of patients had responded at the time of the first assessment, and 71% had a response that extended past 5 months.14 Data from the study led to the September 2017 FDA approval of ibrutinib for patients with steroid-refractory cGVHD.

“This was the first drug that was approved in cGVHD,” Cutler noted. “We’ve now gone and tried ibrutinib as frontline therapy for [patients with] cGVHD, in conjunction with steroids, and we’re looking forward to seeing the results.”

Another area of interest are agents that can block ROCK2 signaling, such as belumosudil (KD025). KD025 is an oral selective ROCK2 inhibitor which targets the immune and fibrotic pathophysiology of cGVHD, explained Cutler. When examined in the phase 1/2 KD025-208 study (NCT02841995), the agent demonstrated an ORR of 59% in patients with cGVHD who had previously received 1 to 3 lines of systemic therapy.16

The agent was also being examined in the phase 2 ROCKstar trial (KD025-213; NCT03640481). In this study, patients who had previously received 2 to 5 lines of therapy were randomized to receive 1 of 2 doses of KD025: 200 mg daily or 200 mg twice daily.17 The agent elicited clinically meaningful and statistically significant ORRs of 75% for both arms together, and the median time to response was 4 weeks. Additionally, CRs were observed in all affected organ systems, and 7 patients achieved an overall CR. In November 2020, the FDA granted a priority review designation to a new drug application for belumosudil for the treatment of patients with cGVHD; the regulatory agency is expected to make a decision on the application by May 30, 2021.

Additionally, multiple ongoing studies are examining cGVHD prevention with methods such as T-cell depletion, T-cell modulation, T-cell migration, and prophylactic B-cell depletion. However, the one garnering the most attention is post-transplant cyclophosphamide, which should kill alloreactive T-cells, Cutler concluded.