Paul G. Richardson, MD, discusses the findings from the ICARIA-MM trial and the clinical implications of isatuximab’s FDA approval in multiple myeloma. 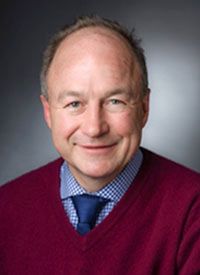 The indication is for patients who received ≥2 prior therapies, including lenalidomide (Revlimid) and a proteasome inhibitor per the study population. Results showed a median progression-free survival (PFS) per independent review of 11.53 months with the triplet versus 6.47 months with Pd; this translated to a greater than 40% reduction in the risk of progression or death (HR, 0.596; 95% CI, 0.44-0.81; P = .001). The PFS favored the triplet across several patient subgroups, particularly those with high-risk cytogenetics (HR, 0.66; 95% CI, 0.33-1.28) and patients who are refractory to lenalidomide and a proteasome inhibitor (HR, 0.58; 95% CI, 0.40-0.84).

The triplet was also found to be well tolerated, with a median treatment duration of 41.0 weeks (range, 1.3-76.7) versus 24.0 weeks (range, 1.0-73.7) with the doublet. Treatment-emergent adverse event—related discontinuations occurred in 7.2% of patients on the triplet arm versus 12.8% of those on the doublet arm.

“We have daratumumab (Darzalex) as a mainstay of upfront therapy in transplant-eligible and -ineligible patients,” said Richardson. “With daratumumab in first- and second-line regimens, it’s important to have an active and effective CD38-directed antibody in the relapsed/refractory setting.”

Additionally, isatuximab binds to a different epitope on CD38 than daratumumab, which reduces complement activation and makes the drug more tolerable—particularly for those with respiratory conditions, explained Richardson.

In an interview with OncLive, Richardson, clinical program leader and director of clinical research at the Jerome Lipper Multiple Myeloma Center and institute physician at Dana-Farber Cancer Institute, and RJ Corman Professor of Medicine at Harvard Medical School, discussed the findings from the ICARIA-MM trial and the clinical implications of isatuximab’s FDA approval in multiple myeloma.

OncLive: Could you discuss the data that led to the approval of the isatuximab triplet in the relapsed/refractory setting?

Richardson: ICARIA-MM was the pivotal study that led to the approval of isatuximab, pomalidomide, and dexamethasone. It was a randomized phase III trial, the first of its kind, that was performed in patients [with] relapsed/refractory [disease who failed on] a proteasome inhibitor and an immunomodulatory drug. These patients were double-refractory. Patients were excluded if they were refractory to prior therapy with an anti-CD38 monoclonal antibody. Patients were heavily pretreated and had to have received 2 to 4 prior lines of therapy. Patients were randomized to receive either Pd or isatuximab plus Pd.

One of the strengths of ICARIA-MM is that it was a multicenter, international trial, so it was truly [representative of a] real-world [population]. The trial was relatively permissive in terms of entry [criteria], so that patients with moderate renal dysfunction were permitted to participate. At the same time, the parameters around peripheral blood counts and so forth were quite generous; that gave us a real-world feel for the information that was generated.

In that regard, we were able to show that the triplet consistently outperformed the combination on all prespecified end points. PFS was the primary end point of the trial. The PFS in the triplet arm was double that of the combination arm, at approximately 12 months versus 6 months, respectively. What’s particularly exciting is that this was reflected in not only higher quality responses and greater degrees of response in the triplet arm, but also a trend in favor of survival benefit in the triplet arm versus the doublet arm, even at this relatively early time point.

Could you discuss the safety profile of the regimen?

The safety profile was very reassuring. Although more infections [were observed] in the 3-drug arm primarily with regard to chest infections, which is seen with antibody therapy, the triplet was generally well tolerated with a manageable safety profile. This was reflected by the quality-of-life (QoL) data we generated from the study, in which were able to show [sustained] QoL in both arms. The addition of the third drug did not in any way impair QoL. On all measures, we demonstrated the clinical benefit of the triplet versus the combination.

The study had a Special Protocol Assessment, which meant that if the trial met its primary end point, the FDA would move forward with regulatory approval. We were quite delighted to see this happen, which reflects the strength of the information and the quality of data from the participating sites and the study group as a whole. The fact that the approval was at least 2 months ahead of the Prescription Drug User Fee Act date was particularly gratifying for us and great for patients.

What makes isatuximab unique from other agents?

Isatuximab targets CD38; however, it’s a chimeric antibody and this sets it apart from daratumumab, which is an incredibly important and highly effective antibody in this space. Daratumumab was really the first-in-class agent to receive approval [in myeloma]. What's also different about isatuximab is that it's not only chimeric, but it binds to a different epitope. Although that’s very important biologically, it's also interesting because from a tolerability standpoint, it means that this particular antibody does not generate a great deal of complement activation. For patients with chronic obstructive pulmonary disease (COPD), bronchial reactivity, and asthma, this is an ideal choice. Although daratumumab is well tolerated and very active, we have to be careful with [the agent] in patients with respiratory conditions and COPD or asthma; that's not the case with isatuximab. Safety differences exist [between the antibodies], as well as biological differences with regard to the way the antibodies work. Isatuximab is distinct from daratumumab, which makes it all the more attractive as a new addition to the armamentarium.

Where do you see the regimen having the greatest utility?

Right now, its best utility is in relapsed/refractory disease. We may consider using rituximab (Rituxan) in induction therapy and [in later-lines of therapy] in non-Hodgkin lymphoma, but myeloma is a little different. In my opinion, myeloma is a much more challenging disease to treat; I don’t believe anyone would disagree with that. Because [myeloma] has much more complex biology and resistance pathways, it's attractive that we have another CD38-targeted antibody to choose from that is qualitatively different from daratumumab. I don't mean that after daratumumab has failed the patient that isatuximab is going to work. I mean that in combination, it may be a much more rational strategy to deploy isatuximab with other drugs when daratumumab-based therapy has run out of benefit for a patient.

Is there anything else about the regimen or the trial you want to emphasize?

We've been so fortunate in myeloma to have really cohesive study groups. [ICARIA-MM] was an international effort, led by myself and my coprincipal investigator, Michel Attal, MD, of the Institut Universitaire du Cancer Toulouse Oncopole in Toulouse, France, who is a prominent leader in the Intergroupe Francophone du Myelome. It reflects that wonderful international partnership.

The other important piece of the trial is the fact that we had an outstanding sponsor in the form of Sanofi and a very high-quality contract research organization. The quality of the data and the results truly reflect that. Most importantly, I would like to acknowledge our patients and their families who make all the difference and have the courage to participate [in clinical trials]. Their participation helps us help future patients, which is so important.