Genome sequencing may help researchers understand the pathogenesis of this cancer, which despite exhaustive research, is only partially understood

Researchers at the Broad Institute in Cambridge, along with colleagues from 20 North American research institutions, have sequenced 38 tumor genome sequences from patients with multiple myeloma (MM), comparing them to normal DNA.

This analysis, published in the March 24th issue of Nature, brings researchers closer to molecular targets that will drive drug design tailored to specific patients with multiple myeloma, an incurable malignancy of mature B-lymphoid cells. Genome sequencing may help researchers understand the pathogenesis of this cancer, which despite exhaustive research, is only partially understood.

“For the first time, we are able to see on a molecular basis what might be causing this malignancy,” said study author David S. Siegel, MD, PhD, chief of the Multiple Myeloma Division at the John Theurer Cancer Center at Hackensack University Medical Center. “We already know what causes many types of cancer, but until now we had few clues to the causes of myeloma.”

In 4% of patients analyzed, activating mutations of the kinase BRAF were observed. Evaluation of BRAF inhibitors in clinical trials of patients with multiple myeloma is currently underway, which means these findings could have immediate translational implications.

Mutations of genes involved in protein translation were seen in almost half of the patients; other genes with noted activity included those involved in histone methylation and in blood coagulation. Insights derived from these data indicate the usefulness of genome sequencing in large collections of tumor samples.

A Closer Look at the Study's Author

“We have developed the most comprehensive molecular picture of myeloma to date, which will provide a public resource of genomic information for this disease,” said Siegel. “This is a large step forward in personalized medicine for the treatment of multiple myeloma. My hope is that this will allow us to develop more targeted, effective therapies.”

The Multiple Myeloma Research Foundation, which began the MM Genomics Initiative, the research program that led to the mapping, also stated that the study marked an important step toward the development of new and better treatments for multiple myeloma. “The MMRF undertook this research to improve our understanding of how multiple myeloma develops. We believe that, over time, this improved biological understanding will help scientists uncover new ways of treating this disease. Already, the research has given us clues that can be tested in some patients with multiple myeloma, and has highlighted other longer-term strategies we are exploring through targeted investments in research.” 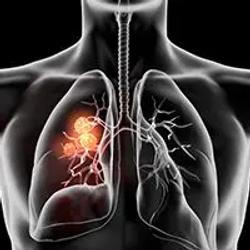