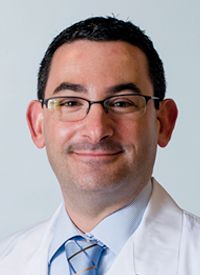 In the multicenter phase I TRANSCEND study, treatment with lisocabtagene maraleucel (liso-cel) resulted in an objective response rate (ORR) of 73% and a CR rate of 53%, with the time to first CR or partial response occurring at a median of 1 month.1

The median duration of response has not been reached at a median follow-up of 12 months. Some 60.4% and 54.7% of patients remained in response at 6 and 12 months, respectively, reported Jeremy Abramson, MD, at the 2019 ASH Annual Meeting.

Responses were similar across all patient subgroups, including numerous LBCL histologies and patients with high-risk features. “Patients with the highest tumor burden and those receiving bridging therapy did have lower rates of CR but notably could still respond to liso-cel treatment,” said Abramson. Efficacy results of the 25 patients who received nonconforming product were similar to those of the overall study population.

By histology, PFS was similar to the overall diffuse LBCL population in patients with double-hit lymphoma or transformed lymphoma from nonfollicular histologies.

The median PFS and OS for patients who achieved a CR was not reached with 65.1% of patients progression free and 85.5% of patients alive at 12 months, respectively.

“Evaluation of treatment-emergent adverse events [TEAEs] shows an overall favorable safety profile,” said Abramson. Neutropenia was the most commonly reported AE (63%; grade ≥3, 60%). Other grade ≥3 TEAEs included neutropenia anemia (38%) and thrombocytopenia (27%). “All other AEs occurred in fewer than half of patients, and were predominantly low grade,” he said. Ongoing grade≥3 cytopenias at day 29 was observed in 37% of patients. The incidence of severe infections was 12%. Infusion-related reactions and tumor lysis syndrome occurred at a rate of 1% each. The rate of hypogammaglobulinemia was 14%. Intravenous immunoglobulin was administered to 21% over the entire study follow-up.

In assessing the use of rescue medications, 19% and 21% of patients received tocilizumab and corticosteroids, respectively. “Importantly, nearly all cases of cytokine release syndrome and neurotoxicity were entirely reversible,” he said.