Although there is evidence to suggest that surgery with or without radiation therapy can be utilized in some patients with stage IV breast cancer who have experienced locoregional progression or symptoms to some success with regard to locoregional disease control, most patients will not achieve a survival benefit.

Although there is evidence to suggest that surgery with or without radiation therapy can be utilized in some patients with stage IV breast cancer who have experienced locoregional progression or symptoms to some success with regard to locoregional disease control, most patients will not achieve a survival benefit, according to Henry Kuerer, MD, PhD, FACS.1

“The bottom line is that we need to have multidisciplinary discussions,” Kuerer, a professor of surgery with Tenure, PH and Fay Etta Robinson Distinguished Professor in Cancer Research in the Department of Breast Surgical Oncology, as well as the executive director in the Department of Breast Programs at The University of Texas MD Anderson Cancer Center, said during a presentation at the 38th Annual Miami Breast Cancer Conference®. “Randomized trials support the potential use of surgery with or without radiotherapy in those with locoregional progression or symptoms. [However], we need to inform patients that there really is no expectation of survival benefit, except in those where there may be a treated, single-site bone metastasis or oligometastasis.”

In his presentation, Kuerer discussed the value of early localized therapy, the possible benefit of surgery in de novo stage IV disease, and the need for multidisciplinary consideration in the treatment of patients with inflammatory breast cancer.

The phase 3 ECOG-ACRIN 2108 trial (NCT01242800) enrolled 368 patients with metastatic disease who were treated with optimal systemic therapy based on their disease features.2 Patients who did not experience progression of distant disease following 4 to 8 months of therapy (n = 258) were then randomized to either continue systemic therapy alone or to receive early local therapy.

“About 50% of these patients on systemic therapy progressed,” noted Kuerer. “They are not even a part of this study. Ultimately, the study ended up with about 130 patients [each who received either] early local therapy or continued systemic therapy.”

Notably, 49.6% of 134 patients who dropped out during initial systemic treatment and 48.0% of the 256 patients who were randomized to the second portion of the study and had distant stable or responding disease had T4 and/or N2-3 disease. Additionally, the majority of patients within the locoregional therapy arm had negative surgical margins and most also went on to receive locoregional radiotherapy, said Kuerer.

“Clearly, no benefit for early local therapy [over] continued systemic therapy [was shown],” Kuerer said. “Looking at PFS, only 30% of patients either survived or did not have progression during the therapy. Overall, this puts the whole situation into perspective.”

“The authors concluded that surgery [should not be offered] with the expectation of a survival benefit,” Kuerer said.

Health-related quality of life (HRQoL) was also examined in patients who had enrolled on the trial. Results indicated that with regard to FACT-B TOI, which was the primary HRQoL end point, those who received early local therapy had a significantly lower score at 18 months post randomization. No substantial differences were observed between the 2 arms at other assessment time points. “Overall, local therapy is not going to improve their QoL,” noted Kuerer.

However, early local therapy did prevent locoregional progression (HR, 0.37; 95% CI, 0.19-0.73). In patients who received just systemic therapy, the rate of locoregional recurrence or progression was 25.6% (95% CI, 18.6-34.5) vs 10.2% (95% CI, 5.9-17.3) in those who received early local therapy, according to Kuerer. Based on this, the authors concluded that surgery may be considered in some patients as a way to control locoregional disease, provided that the distant disease is well controlled.

“The question of whether we are ever going to operate on these patients and offer radiotherapy has been posed [in recent years],” noted Kuerer. “The answer is, ‘yes.’”

Patients in the ECOG 2108 trial and another trial done at Tata Memorial Hospital (NCT001933778), patients all had preoperative systemic therapy, noted Kuerer. In the MF07-01 Turkish study (NCT00557986) and the ABCSG-28 POSYTIVE Austrian study (NCT01015625), patients had “operable breast cancers with metastases,” said Kuerer; these patients were randomized right at the time of presentation.

In the study that was conducted at Tata Memorial Hospital, which was somewhat similar to the ECOG 2018 trial, investigators examined the benefit of surgical resection after complete response (CR) or partial response (PR) to 6 cycles of anthracycline-based combination chemotherapy.3 The strategy did not yield a survival benefit, with patients experiencing a median OS of 19.2 months at a median follow-up of 23 months. However, there was an improvement in locoregional PFS with local therapy vs no local therapy, at approximately 85% vs about 40%, respectively.

“This was a resource-constrained study, with only 8% of patients with HER2-positive disease getting anti-HER2 therapy and a small percentage, 5%, receiving a taxane or other chemotherapy,” Kuerer explained.

The MF07-01 trial enrolled a total of 274 treatment-naïve patients with stage IV breast cancer who were randomized 1:1 to receive locoregional treatment followed by systemic therapy (n = 138) or systemic therapy alone (n = 136).4 All patients received systemic therapy either immediately following randomization or after surgical resection of the intact primary tumor.

“At the 3-year mark, there was no difference [in survival], but…there was an improvement with early local therapy predominantly in patients with solitary bone metastases,” noted Kuerer. In these patients, the 5-year OS was 51.7% with locoregional therapy vs 29.2% with systemic therapy (P = .04).

In the ABCSG-28 POSYTIVE Austrian study, which enrolled a similar population to that of the MF07-01 trial, investigators examined median survival comparing primary surgery followed by systemic therapy vs primary systemic therapy.5 “This trial had issues with accrual,” Kuerer specified. “Only [90] patients were enrolled, but no [OS] improvement was identified.”

Based on these studies, it can still be concluded that early local therapy can improve locoregional control, according to Kuerer.

“I want to end with [important] considerations for a special group of patients: those who have inflammatory breast cancers who present with stage IV disease,” said Kuerer. “Our approach at MD Anderson has been to offer [these patients], when we can, early local therapy in responding patients because the disease progression on the chest wall can be really horrific.”

In a large, retrospective review, investigators examined how effective a combination of modified radical mastectomy and radiotherapy is in patients with stage IV inflammatory breast cancers.6

“Those patients who had the locoregional therapy had a less than 20% locoregional progression, and it was about double in those patients who did not,” Kuerer said. “A multivariate analysis examined this, and these patients are doing better in that they have had a PR or CR in the distant metastases, as well as surgery.” 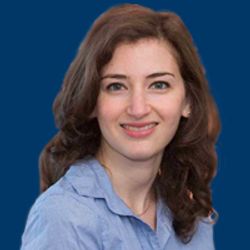 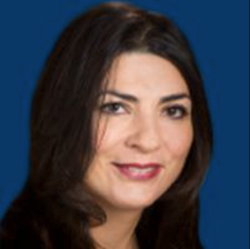