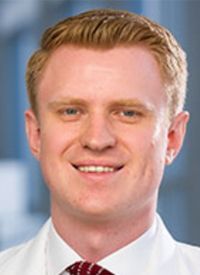 Additionally, rates of biochemical failure, local recurrence, prostate cancer—specific mortality (PCSM), and overall mortality were found to be similar between the C-IMRT and H-IMRT arms.

“One would expect to see significant differences in other disease outcome parameters in that situation as well,” Avkshtol and co-investigators continued. “Contemporary treatment techniques were used, and excellent compliance to androgen deprivation therapy (ADT) was seen in both groups. The increase in metastasis did not translate into a higher PCSM rate in the H-IMRT group, despite the long-term follow-up.”

While 378 men were assessed for eligibility, 51 declined to participate and 7 did not meet inclusion criteria. Patients were considered ineligible if they had a prior history of ADT for >4 months before being randomized to a radiation regimen, an initial PSA of >80 mg/mL, prior pelvic radiotherapy, prior radical prostatectomy, or prior malignancy other than nonmetastatic skin cancers or early-stage small lymphocytic leukemia within the last 5 years.

“In the subset analysis of patients who received ADT, the failure rate was identical between the 2 fractionation regimens,” Avkshtol and co-investigators wrote. “This also suggests that ADT usage negated some of the potential advantages of dose escalation.”

The median age of patients was 66.8 years old. There was an even patient balance noted between arms based on age, Gleason score, clinical T classification, initial PSA, ADT usage, and NCCN prostate risk group.

However, there was a higher proportion of African-American men in the C-IMRT arm (17.8%) compared with the H-IRMT arm (7.3%; P = .02). As such, ethnicity-adjusted hazard ratios and 95% confidence intervals were reported.

The relative difference between arms regarding BCDF and treatment was not significantly impacted upon sensitivity analysis for additional age adjustment and ADT usage.