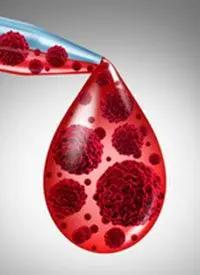 “LP-284 is a promising preclinical DNA damaging agent that targets DDR deficient cells. LP-284 possesses nanomolar-range anti-tumor activities in multiple and diverse MCL cell lines, with the potential to treat MCL patients who are resistant to other therapies,” the study authors wrote in the poster.

MCL is a rare and aggressive form of B-cell non-Hodgkin lymphoma (NHL). Between 40% and 50% of patients with MCL harbor inactivating mutations in the gene ATM, which plays a key role in the cell’s DNA damage response system. MCL cells with mutations in ATM have increased chromosomal imbalance, copy number loss, and hypersensitivity to DNA damaging agents.

LP-184 is a small molecule DNA damaging agent that has synthetic lethality in DDR-deficient tumors. However, DNA damage by LP-184 is dependent on activation by the oxidoreductase prostaglandin reductase 1 (PTGR1), which is expressed at low levels in many hematological cancers.

LP-284 is an enantiomer of LP-184 that retains synthetic lethality in cancers with impaired DNA damage repair pathway genes, with activity independent of PTGR1 expression.

In preclinical models, LP-284 demonstrated in vitro and in vivo antitumor activity across a range of non-Hodgkin B-cell lymphomas.2 Of the lymphomas tested to date, LP-284 demonstrated the most efficacy in MCL cell lines, including those that are resistant to ibrutinib (Imbruvica) and bortezomib (Velcade).

As part of the study, investigators evaluated whether PTGR1 is needed to activate LP-284, whether LP-284 is a synthetically lethal drug targeting DDR deficiency, and the tumoricidal activity of LP-284 in NHL cell lines.

Isogenic cell lines GM00637 and GM05849, which were proficient and deficient in ATM respectively, were treated with LP-284 to determine their IC50 sensitivity. Notably, GM05849 cells, which are ATM deficient, were approximately 1.5 times more sensitive to LP-284 compared with GM00637 cells that were ATM proficient.

Finally, investigators evaluated the IC50s of NHL cell lines treated with LP-284. All 6 of the MCL cell lines, including MINO, MAVER1, JEKO1, JVM2, Z138, and REC1, had some of the lowest IC50s tested, which included drug resistant cell lines. The aforementioned cell lines had documented drug resistance to bortezomib; ibrutinib and venetoclax (Venclexta); zanubrutinib (Brukinsa); unknown; ibrutinib; and bortezomib, respectively, with IC50s to LP-284 of 88, 193, 263, 343, 370, and 794 nM, respectively.

Lantern is planning to submit an Investigational New Drug application for LP-284 in the first quarter of 2023 and anticipates launching a phase 1 clinical trial in the second quarter of 2023.2