Maintenance niraparib demonstrated clinical benefit that persisted beyond first progression in patients with platinum-sensitive recurrent ovarian cancer with or without germline BRCA mutations. 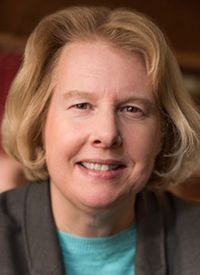 Maintenance niraparib (Zejula) demonstrated clinical benefit that persisted beyond first progression in patients with platinum-sensitive recurrent ovarian cancer with or without germline BRCA mutations (gBRCAm), according to the final data from the ENGOT-OV16/NOVA trial (NCT01847274) presented during the 2021 SGO Virtual Annual Meeting on Women’s Cancer.

According to the presenter, Ursula Matulonis, MD, although the study was not powered to evaluate overall survival (OS), a trend toward OS improvement was observed in both patients with non gBRCAm and gBRCAm platinum-sensitive recurrent ovarian cancer with a 9.7-month increase in survival. Niraparib also demonstrated a good safety profile in the study with hematologic adverse events (AEs) having decreased after year 1.

NOVA was a randomized, double-blind, placebo-controlled phase 3 trial of niraparib given as maintenance treatment for patients with platinum-sensitive recurrent ovarian cancer. The study included a cohort of 203 patients whose tumors were positive for gBRCAm as well as a cohort of 350 patients with non gBRCAm disease. All patients were randomized 2:1 to receive either niraparib 300 mg once daily or matching placebo. On treatment with niraparib, patients were assessed for the primary end point of progression-free survival (PFS), and secondary end points of safety and PFS2 (PFS after next line of treatment).

Following the primary results of the NOVA trial in 2016, there was a high number of patient withdrawals from the study. Also, participation in the study was affected by the commercialization of other PARP inhibitors

“Since 2014, approvals of PARP inhibitors worldwide in different lines of ovarian cancer therapy have revolutionized the treatment of women with ovarian cancer. During the time from the initial results of the NOVA study in 2016 to this final analysis, PARP inhibitors have become commercially available globally, ” Matulonis, chief of the Division of Gynecologic Oncology, Brock-Wilson Family chair, and institute physician at the Dana-Farber Cancer Institute as well as a professor of Medicine at Harvard Medical School, said during the SGO Annual Meeting presentation. “This availability of PARP inhibitors led to premature unblinding and withdrawals of treatment for patients in the NOVA study and led to missing data,”she continued. ,

Although crossover was not permitted in the NOVA study, the protocol allowed for patients to received subsequent PARP inhibitor therapy upon disease progression or withdrawal from the study. The high rate of discontinuations in the study left missing data for 25% of the study population. Matulonis noted that these missing data were challenging for survival analyses and interpretation. The protocol was therefore adjusted accordingly to assess for subsequent PARP inhibitor use for the small proportion of patients for which data were available.

Long-term safety data for niraparib versus placebo in all study subjects showed that hematologic treatment-emergent AEs (TEAEs) mostly occurred within the first year of therapy. Overall, the most common TEAEs observed with niraparib were thrombocytopenia (35.7%), anemia (27.0%), and neutropenia (20.7%). In the placebo arm, the most common TEAEs were gastrointestinal disorders (5.0%), hypertension (2.2%), and neutropenia (1.7%). In the niraparib-treated patients, the incidence of grade 3 or higher thrombocytopenia decreased to 2.8% after year 1 or 2, and anemia and neutropenia decreased to 0.7% and 2.1%, respectively.