Rucaparib delayed disease recurrence in the intent to treat population and across subgroups of women with ovarian cancer.

Rucaparib (Rubraca) delayed disease recurrence in the intent to treat (ITT) population and across subgroups of women with ovarian cancer, according to findings presented at the 2017 international meeting of the European Society of Gynaecological Oncology (ESGO 20).

“Rucaparib maintenance treatment significantly improved PFS over placebo in the nested BRCA-mutant and HRD cohorts and in the overall ITT population,” he said. “In addition, PFS was improved with rucaparib maintenance in patients with BRCA wild-type LOH-high and LOH-low.

“Rucaparib maintenance therapy could be considered a new standard of care for women with in platinum sensitive ovarian cancer following a complete or partial response to second-line or later platinum-based chemotherapy,” Ledermann said.

Eligible patients had CA-125 less than the upper limit of normal, and platinum-sensitive disease with a demonstrated complete (CR) or partial response (PR) to the most recent platinum therapy. Enrollment placed no restriction on the size of residual tumor.

Patients were stratified according to homologous recombination DNA repair (HRR) status by next generation sequencing (NGS) mutation analysis, CR or PR, and by 6 to 12 months or >12 months progression-free duration after penultimate platinum. The cohort was then randomly assigned to 600 mg twice-daily rucaparib (n = 372) or placebo (n = 189).

The primary endpoint was investigator-assessed PFS in 3 prospectively defined nested subgroups: BRCA mutant with either a deleterious germline or somatic BRCA mutation, HRD comprising either BRCA mutant or BRCA wild-type/LOH high, and the ITT population of all-comers.

PFS as assessed by blinded independent central review (BICR), and according to LOH status in patients with BRCA wild-type ovarian cancer were key secondary endpoints.

“Improvement in PFS, albeit less, was observed in subgroups of patients with BRCA wild-type ovarian cancer with both LOH-high and LOH-low tumors,” Ledermann said. “LOH is not able to separate unresponsive patients.”

“The most common side effects were gastrointestinal and consistent with prior studies of rucaparib,” Ledermann pointed out.

All patients on rucaparib and 96.3% of placebo patients had at least one adverse event (AE), and 56.2% versus 14.8% of patients experienced at least 1 grade ≥3 AE, respectively. The most common grade ≥3 treatment-emergent AEs associated with rucaparib were alanine/aspartate aminotransferase increase (10.5%), asthenia (6.7%), vomiting (4%), and nausea (3.8%).

“Over time both alanine and aspartate aminotransferase concentration increases resolved and were not associated with abnormal increases in bilirubin or other criteria for drug-induced hepatotoxicity,” Ledermann said. “Furthermore, no case met Hy’s law for drug-induced liver injury.” 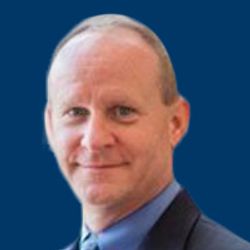