The etiology and overall management of patients with early-onset colorectal cancer needs to be better understood and personalized, respectively, explained Andrea Cercek, MD, in a presentation during the 5th Annual School of Gastrointestinal Oncology™. 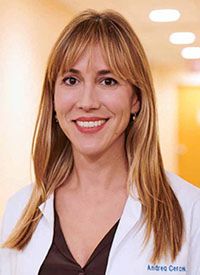 The etiology and overall management of patients with early-onset colorectal cancer (CRC) needs to be better understood and personalized, respectively, explained Andrea Cercek, MD, in a presentation during the 5th Annual School of Gastrointestinal Oncology™.

“We have a dual challenge when taking care of these patients. For one, we need to address the etiology of this rising incidence: What is happening? Is it [due to] our lifestyle changes? Are we eating poorly, or are we obese? Is it the microbiome? Are these changes actually causing a distinct biology?” questioned Cercek, who is the section head of the Colorectal Section and co-director of the Center for Young Onset Colorectal Cancer at Memorial Sloan Kettering (MSK) Cancer Center.

“The second very important thing is that the needs of our patients who are under the age of 50 are quite different than what we are used to seeing with our patients who are in their 60s and 70s with established social networks, families, and careers. [In comparison], our patients are young, starting families or perhaps don’t have a family, are single, at the start of their career, or are still in school. [We face] a very different challenge in terms of caring for and treating these patients,” Cercek added.

While the number of CRC cases has decreased annually, mainly due to the screening of patients ≥50 years old, the overall incidence of early-onset disease has been rising steadily since the mid-1990s in patients between the ages of 20 and 49 years.1

“It’s actually been about a 67% increase [in early-onset CRC cases] since 1995 based on most studies, which is really quite alarming and scary. The greatest incidence, when we really look at it, […] is actually in the very youngest patients in the age [range] of 20 to 29 years,” said Cercek, who added that this specific subgroup comprises patients who are least likely to undergo CRC screening due to their age.

When examined by birth cohort, research also showed that incidence rates of early-onset CRC began globally increasing after 19602, which raises the question of whether changes occurred in the environment or diet during this time period, according to Cercek.

When comparing annual percentage change—based predicted incidence rates of colon cancer by age with incidence rates in 2010, experts predict that CRC incidence in young adults will be nearly doubled by 2020, and 10.9% and 22.9% of colon and rectal cancers, respectively, will occur in patients younger than screening guidelines.3

“In short, 1 in 10 colon cancers and 1 in 4 rectal cancers will be diagnosed in those under the age of 50,” said Cercek.

Factors including diet, lifestyle, and environmental, among others, have been identified as potential causes of early-onset CRC. Moreover, while researchers have hypothesized that the increased obesity rates in patients between the ages of 6 and 19 years (21%), and increased diabetes rates in those between the ages of 0 and 44 years (167%), would correlate to the uptick of early-onset CRC, Cercek explained that because the increases did not happen sequentially, but simultaneously, this likely doesn’t hold true.

Furthermore, a small study published in JAMA Oncology evaluated the association of obesity with the risk of early-onset CRC among women. Researchers compared 152 cases of early-onset CRC with 85,256 disease-free women from the prospective, ongoing cohort of the Nurses' Health Study II. Although findings showed a higher body mass index (BMI) at age 18 and weight gain since early adulthood in the CRC set, Cercek said these data require further validity in a larger sample size.4

Beyond explorative efforts focused on obesity/weight gain, environmental, diet, and lifestyle factors have also been investigated, Cercek said, and an active area of research is focused on whether these factors, which include the use of antibiotics or other medications, impact the microbiome.

When evaluating for other causes, Cercek said the majority of early-onset CRC cases are sporadic (62%), with other cases being familial (23%) or hereditary (15%).

“These are the ‘garden-variety’ microsatellite stable tumors that are not associated with Lynch syndrome, etc,” said Cercek, who added that most early-onset tumors occur in the rectum and sigmoid. “Interestingly, the majority of the tumors are left-sided.”

Another challenge with this population is that the majority of these patients present with advanced-stage disease, which could potentially be linked with late diagnosis. Results from the Colorectal Cancer Alliance 2018 Young-Onset Colorectal Cancer Survey Report showed that 41% of patients waited >6 months before seeking medical attention for their symptoms, 67% saw ≥2 physicians prior to receiving a diagnosis, and 71% of patients were diagnosed with stage III/IV disease.5

Despite the likelihood of more aggressive disease, a recent analysis showed that patients with CRC who were between the ages of 20 and 49 years old did not have statistically significant differences in survival outcomes compared with those aged 50 to 64 years and those ≥65 years old.6

Research has also focused on determining how the tumor biology of early-onset CRC may differ from CRC in older patients. It has been noted that a higher percentage of these younger patients had Lynch syndrome, which, therefore, made them more likely to have microsatellite instability—high tumors and a lower incidence of BRAF mutations.7,8 However, the findings failed to have clinical correlation, including with tumor sidedness.

“Clinical correlation is important; we need to really look and tease out the genomics,” said Cercek. “We need to know the sidedness, because we know that left- and right-sided CRC have different genomic signatures. This rising incidence is sporadic with microsatellite stable disease.”

Because the patient population with early-onset CRC is younger, Cercek added that there is a potential to overtreat these patients with adjuvant chemotherapy in the form of multiagent regimens. However, this should be cautioned as more aggressive chemotherapy can potentially lead to increased neuropathy, cognitive impairment, and cardiovascular toxicity, she said.

“It’s really important to think about how much chemotherapy we should be giving,” stressed Cercek.

Personalizing Treatment in this Population

Patients with early-onset CRC are said to have “a unique set of needs,” Cercek said, which include longitudinal sexual health and fertility, psychological impact, potential treatment-related toxicities, and surveillance intervals.

The Center for Young Onset Colorectal Cancer was established at MSK in 2018 to cater to the special clinical and psychosocial needs of this subgroup from diagnosis through survivorship, to expand the clinical database and biospecimen repository for research purposes, and to build upon current research efforts. More than 700 patients have been enrolled in the program, 80% and 76% of whom have consented to tumor sequencing and germline sequencing, respectively.

Ongoing research through the program is focused on biology, epidemiology, diagnosis, treatment strategies, prevention and screening, and surveillance for patients with early-onset CRC, among others.