As more options emerge in the mantle cell lymphoma paradigm, choosing among the agents available has become all the more challenging. 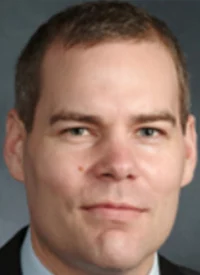 As more options emerge in the mantle cell lymphoma (MCL) paradigm, choosing among the agents available has become all the more challenging, according to Peter Martin, MD, who added that treatment is shifting beyond BTK inhibitors to the utilization of novel combinations and CAR T-cell therapies.

“MCL, as we understand it, is a lot more complicated than just younger vs older patients. We now have 3 BTK inhibitors to choose from and that challenges us sometimes,” Martin, an associate professor of medicine and chief of the Lymphoma Program at Weill Cornell Medicine, said during a presentation delivered at the 25th Annual International Congress on Hematologic Malignancies.1 “More and more [often], we’re looking at novel combinations. We also have CAR T cells available, and we have to decide when to use them.”

This algorithm has become more complicated in the past few years. Patients with indolent MCL, defined as being asymptomatic with a low tumor burden, a low Ki-67 score, and normal lactate dehydrogenase, without TP53 aberrations, is appropriate for a watch-and-wait approach, according to Martin.

Patients who are considered to have super–high risk MCL, defined by having blastoid morphology, a high Ki-67 level, and TP53 alterations, pose more of a challenge. “No one really knows how to manage those patients,” admitted Martin. “It’s clear that high-dose chemotherapy is not very effective, and we suspect that many of these patients should be headed toward the use of CAR T cells.”

Treatment decisions for patients who fall within the middle of the spectrum can be considered based on whether they have leukemic, non-nodal disease vs nodal disease, added Martin. Although approaches will differ depending on disease proliferation, many patients should be able to receive novel agents “similar to what we have been doing with chronic lymphocytic leukemia [CLL], where chemotherapy is no longer relevant.”

In his presentation, Martin discussed choosing among the BTK inhibitors available for use in MCL and how to choose among them, highlighted novel combination regimens that are under exploration and are showing early promise, and shed light on setting certain patients up for CAR T-cell therapy earlier rather than later.

Weighing the 3 BTK Inhibitors Available in the Arsenal

In November 2013, the FDA granted an accelerated approval to ibrutinib (Imbruvica) for use in patients with MCLwho had received at least 1 previous therapy. The decision was based on data from the single-arm, phase 2 PCYC-1104 trial (NCT01236391), where the agent elicited an overall response rate (ORR) of 67%, with a complete response (CR) rate of 23% in the overall study population.2 Data from a combined analysis of 3 different trials with ibrutinib showed that the median progression-free survival (PFS) ranged from 10.5 months to 15.6 months.3

“To me, this indicates that the efficacy of these drugs is defined less by the drug and more by the patient population taking the drug,” noted Martin. “That is very critical to remember when we look at all of the available agents.”

Four years later, in October 2017, the second-generation BTK inhibitor acalabrutinib (Calquence) was FDA approvedfor the same indication based on data from the phase 2 ACE-LY-004 trial (NCT02213926). Here, the agent resulted in an 81% ORR per investigator assessment, with a CR rate of 40%.4 Updated data presented during the 2020 ASH Annual Meeting and Exposition showed that the median PFS with the agent was 22.0 months.5

Most recently, in November 2019, zanubrutinib (Brukinsa) was given the green light from the FDA for use in this population. The approval was based on data from 2 single-arm studies (NCT03206970 and NCT02343120) which showed that the BTK inhibitor induced an ORR of 83.7%.6 Notably, however, the agent tends to be a little less active in patients with blastoid histology and a higher Mantle Cell Lymphoma International Prognostic Index (MIPI) score, added Martin.

“We have been forced to become pharmacists and pharmacologists more than we ever expected in that when we’re using these medications, we have to be very aware of drug-drug interactions,” warned Martin. “All have significant interactions with CYP3A inhibitors and inducers, although ibrutinib probably has the greatest interaction with [those drugs]. However, acalabrutinib and zanubrutinib also tend to be impacted by CYP3A inhibitors and we may need to watch out for toxicity.”

Taking a Closer Look at Toxicities

When choosing among the 3 options that are available, Martin mentioned that it’s important to look at the safety profiles of the agents. “One nice thing about adverse effects [AEs] is that they’re disease agnostic, so we can look at other clinical trials in other diseases to look at the toxicities [of these agents],” said Martin. “CLL is a nice one to look at because patients are typically on these agents longer, so we can get a better idea of safety profiles, overall.”

In one clinical trial, investigators examined the use of acalabrutinib in patients who were intolerant to ibrutinib. Results indicated that most of the toxicities that had been reported with ibrutinib, that required patients to stop treatment with the agent, did not recur, according to Martin. Moreover, the effects that did recur, were found to be of a lower grade.7 “The ORR was 75.8%, so not all of the patients who stopped ibrutinib for tolerability responded to acalabrutinib, which I thought was interesting,” noted Martin.

Data from the phase 3 ELEVATE-RR trial (NCT02477696) showed that acalabrutinib demonstrated noninferior PFS to ibrutinib in previously treated patients with high-risk CLL, meeting the primary end point of the trial.8 Notably, patients who received acalabrutinib also experienced a statistically significant lower incidence of atrial fibrillation vs those who were given ibrutinib. “So, [we saw] similar efficacy with less atrial fibrillation, which I think is relevant,” added Martin.

Additionally, data from the phase 3 ASPEN trial (NCT03053440) showed similar efficacy with zanubrutinib vs ibrutinib in patients with Waldenström macroglobulinemia.9 However, investigators also noted that zanubrutinib had a lower rate of atrial fibrillation compared with ibrutinib, at 2.0% vs 15.3%, respectively. “[Zanubrutinib] also had a potentially lower rate of major hemorrhage [vs ibrutinib],” noted Martin, at 5.9% vs 9.2%, respectively.

The phase 2 AIM trial (NCT02471391) is examining the use of ibrutinib plus the BCL-2 inhibitor venetoclax (Venclexta) in 23 patients who had relapsed/refractory MCL (n = 23) or were treatment naïve but not candidates for chemotherapy (n = 1).10,11 Results demonstrated that the regimen led to a median PFS of 29 months. Sixty-seven percent of patients were minimal residual disease (MRD) negative in the bone marrow per flow cytometry (n = 19), while 38% were negative in the peripheral blood (n = 16).

“What is most interesting to me is that at 16 weeks, the majority of patients were negative [for MRD], which [indicates] a very rapid response and I think that may mean something,” said Martin.

Another combination under investigation is that of ibrutinib, lenalidomide (Revlimid), and rituximab. This triplet regimen is being explored as part of the phase 2 Nordic MCL6 PHILEMON trial (NCT02460276) in patients with relapsed/refractory MCL.12 Results from the trial showed that at a median follow-up of 17.8 months, the ORR with the triplet was 76% (n = 38/50), with a CR rate of 56% (n = 28).

“Here, it appeared that the TP53 mutation held less sway than it does with chemotherapy,” noted Martin. “I think looking at TP53 one way or another is really critical in MCL and targeting those patients toward novel agents and potentially combinations of novel agents will become increasingly relevant.”

In the follow-up, phase 1/2 Nordic MCL7 VALERIA trial (NCT03505944), investigators examined venetoclax, lenalidomide, plus rituximab in patients with relapsed/refractory MCL and found that a response-adapted treatment strategy, by stopping treatment in molecular remission, was feasible.13 “[The combination] did not seem to be quite as effective as ibrutinib/lenalidomide and there was a small number of patients,” said Martin. “What I liked about this design was the continual reassessment of MRD and the potential to stop treatment. We don’t have a lot of follow-up data but this approach to treatment is attractive as we move toward combinations.”

Another novel combination that is under exploration in a phase 1 trial (NCT02158755) is that of ibrutinib and the CDK4/6 inhibitor palbociclib (Ibrance) in patients with relapsed/refractory MCL.13 “We have significant data that suggest that palbociclib can sensitize lymphoma cells to cell killing by other drugs including ibrutinib,” Martin explained. “The phase 1 trial showed a [2-year] PFS [rate] of 59%.” The regimen is now under exploration in a phase 2 trial (NCT03478514) led by Kami J. Maddocks, MD, of The Ohio State University Comprehensive Cancer Center–James.

Determining When to Set Patients Up for CAR T

“When we see patients with high MIPI scores, with multiple prior lines of therapy, and especially very proliferative diseases with blastoid histology, we can predict that these patients may have a response [to BTK inhibitors], but it will be a suboptimal response; it will be a very short response,” noted Martin. “We also know that when these patients progress, their responses are going to be very short, and we’ll need to move very quickly. My bias in looking at these patients, before even starting a BTK inhibitor, is to say that they will likely need CAR T cells within the next few months, and I’ll set them up to receive them.”

Data from the phase 2 ZUMA-2 trial (NCT02601313) examining the CAR T-cell product brexucabtagene autoleucel (KTE-X19) has shown that this modality can be effective in patients who are refractory to BTK inhibitors.14 Data from 60 patients with MCL who were treated on the trial showed that the product led to an ORR of 93% with a CR rate of 67% at a median follow-up of 12.3 months. Additionally, 57% of all participants proved to have durable responses.

“It’s still a bit too early to say how this is going to plateau…but the key is to target these patients toward CAR T cells because once they start progressing on BTK inhibitors, we’re really in trouble and so we need to think about this early on,” concluded Martin. “We also may find that blastoid histology does respond to CAR T cells well according to CR rates, but the OS may be a little bit less than what we see with regular MCL. Getting those patients toward CAR T cells early on is probably going to be critical.”