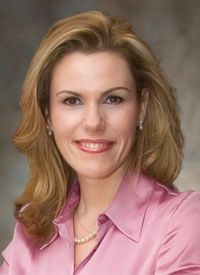 Personalized therapy based on tumor molecular profiling resulted in improved overall survival (OS) for patients with advanced, hard-to-treat cancers, according to findings discussed during a press conference Saturday at the 2018 ASCO Annual Meeting.

In a retrospective analysis of data from consecutive, prospective molecularly profiled patients participating in the IMPACT trial (NCT00851032), investigators found that the 3-year OS rate was 15% for those assigned to matched targeted therapy compared with 7% for patients who did not receive precision therapy.

“I am optimistic that in the next few years, we will dramatically improve the outcomes for patients with cancer with increasing implementation of precision medicine,” she added.

IMPACT was designed to evaluate outcomes for patients with rare cancers or who had exhausted their treatment options. From 2007 to 2013, investigators conducted molecular testing on 3743 patients and found at least 1 molecular alteration in 1307 (35%). Tsimberidou said 1 to 50 genes were analyzed, and included genes in the PI3 kinase/AKT/mTOR, MEK/RAF, and RET pathways.

Patients were then assigned to treatment designed to block the function of the mutated or altered gene (54.4%) or unmatched treatment (45.6%). Matched treatments could include targeted therapy in combination or alone.

The objective response rate was 16.2% with matched therapy versus 5.4% for nonmatched. Patients in the matched group were also more likely to have stable disease lasting ≥6 months, 18.7% versus 14.7%.

ASCO announced in November that it would add 4 additional cohorts to TAPUR. The study now includes 16 lines of therapy and more than 500 patients.

“Most of these patients received drugs that were either FDA approved or were in advanced clinical trials, so people did not have to go out and reinvent the wheel to treat these patients in a completely new way,” she explained.

Diefenbach added that, prior to the advent of precision medicine, cancers were treated by speed of growth or site of origin. She noted that the genetics of a breast cancer tumor can be closer to those found in a lung cancer or a gastrointestinal cancer than another breast cancer.

“To treat a cancer based on neighborhood ignores all of these genetic differences,” she said. “Precision medicine allows us to really focus on what the genetic aberrations are in the tumor itself, not on the neighborhood of the tumor and not on the growth kinetics of the tumor. As such, this method of molecular profiling of tumors and treating on the basis of actionable mutations is the wave of the future.”