The triplet regimen of melphalan flufenamide with dexamethasone and either daratumumab or bortezomib demonstrated encouraging clinical activity and was well tolerated in patients with heavily pretreated relapsed/refractory multiple myeloma. 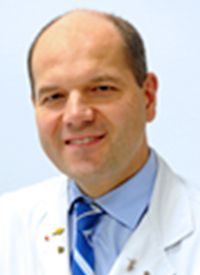 The triplet regimen of melphalan flufenamide (Pepaxto; melflufen) with dexamethasone and either daratumumab (Darzalex) or bortezomib (Velcade) demonstrated encouraging clinical activity and was well tolerated in patients with heavily pretreated relapsed/refractory multiple myeloma, according to phase 1/2a results of the ANCHOR (OP-104) trial that were presented during the 2nd European Myeloma Network Meeting.1

Outcomes are poor for patients with relapsed/refractory multiple myeloma, who often develop resistance to standard therapies. Melphalan flufenamide is a first-in-class peptide-drug conjugate that leverages aminopeptidases and quickly delivers and releases alkylating agents inside tumor cells.

In February 2021, the FDA approved melphalan flufenamide for use in combination with dexamethasone in adult patients with relapsed/refractory myeloma, who have received at least 4 prior lines of therapy and whose disease is refractory to at least 1 proteasome inhibitor, 1 immunomodulatory drug (IMiD), and 1 CD38-directed monoclonal antibody.

The approval was based on data from the phase 2 HORIZON study (NCT02963493), where the doublet was elicited a 23.7% ORR in heavily pretreated patients with relapsed/refractory multiple myeloma.2

In the phase 1/2a dose-escalation ANCHOR (NCT03481556) study, which had a 3+3 design, investigators tested melphalan flufenamide plus dexamethasone in combination with bortezomib or daratumumab in a relapsed/refractory population.

To be eligible for enrollment, all patients had to be at least 18 years old, have measurable disease, an ECOG performance status of 0 to 2, have received 1 to 4 prior lines of therapy, and be refractory to or intolerant of an IMiD and/or a proteasome inhibitor. For those who received the addition of daratumumab, patients could not have received prior treatment with an anti-CD38 antibody; in the bortezomib arm, patients could not be refractory to a prior proteasome inhibitor in their last line of treatment before study enrollment.

Once the optimal dose is established, investigators noted that an additional 20 patients per regimen will be recruited into the phase 2 portion of the study.

Efficacy was evaluated in both the bortezomib and daratumumab groups. In the bortezomib arm, the clinical benefit rate (CBR) were 62%. At a median follow-up of 12.0 months, progression-free survival data were immature; the median treatment duration was 8.7 months (range, 1.4-29.0).

When stratified by melphalan flufenamide dose, the ORR and CBR at the 30-mg dose were both 50%; at the 40-mg dose, these rates were both 71%.

Regarding safety in the bortezomib group, no dose-limiting toxicities (DLTs) were observed at any dose level. Grade 3 or higher treatment-related AEs (TRAEs; 92%) included thrombocytopenia (77%), neutropenia (54%), and anemia (46%).

Serious TRAEs, which included in 3 patients (23%), were comprised of pneumonia and neutropenia, thrombocytopenia and neutropenia, and syncope (n = 1 each). One patient had an AE related to death within 30 days after the last dose of study treatment, which was chronic cardiac failure that was considered unrelated to therapy.

Safety data in the daratumumab group showed that no DLTs were reported at any dose levels in the phase 1 portion. Overall, the rate of grade 3 or higher TRAEs was 88%, which comprised thrombocytopenia (73%), neutropenia (67%), anemia (24%), lymphopenia (6%), febrile neutropenia (6%), and pneumonia (6%).

The rate of serious AEs was 45%; 67% of these were at the 30-mg dose and 41% were at the 40-mg dose. The most common serious AEs were pneumonia (12%) and influenza (9%); parainfluenza virus infection, sepsis, urinary tract infection, and febrile neutropenia all occurred at 6% each.

Fatal AEs reported in 4 patients due to sepsis in the 30-mg cohort, which was not treatment related, and in 40-mg cohort; which was possibly linked to melphalan flufenamide. Additionally, in the 40-mg cohort, the other fatal AEs included chronic cardiac failure and physical health deterioration, which were unrelated to treatment.

“For the daratumumab arm, the safety and efficacy analysis has determined that melflufen at 30 mg should be the recommended dose with daratumumab in future studies,” the authors noted.

The bortezomib arm in this study is still recruiting; the recommended phase 2 dose has not yet been determined.