Richard S. Finn, MD: We have atezolizumab and bevacizumab moving in the front-line setting. Potentially, these other combinations might be approved later. However, this leaves us with a high-level data gap, meaning the progress made with these new regimens gives us a question of what to do with sequencing the drugs that were approved after sorafenib. A patient theoretically gets atezolizumab/bevacizumab in the front line. Where do we go next, Amit? They progress. How do we think about this?

Amit Singal, MD: Rich, you pointed out one of the key questions. One of the key limitations here is that the second-line trial was previously done after sorafenib, whether that’s sorafenib intolerance and progression or just sorafenib progression. We have regorafenib, cabozantinib, ramucirumab; all those second-line trials were done after sorafenib. We don’t really know what to do after failure of atezo/bev. I’ve heard from 2 main camps. There’s the T1 camp, where you basically go atezo/bev, then you have sorafenib and lenvatinib, and then you continue to use all the other agents as third line, so you just shift everything down. There are others who think that you basically put atezo/bev in the front line, and then you have a big box that has all your other agents, whether they were first line or second line previously. I don’t think we know the answer.

There is rationale to use some of these other agents after atezo/bev, so we know that bevacizumab hits the VEGF pathway. These TKIs (tyrone kinase inhibitors) hit other pathways that are beyond VEGF, whether that’s RAF1, FGF, c-MET, or AXL, you’re hitting higher up and are going to hit more pathways. You may actually have some disease stability or some response in some patients who progress on atezo/bev. Personally, I think that there’s little data or rationale to use single-agent I/O after failure of atezo/bev. Using the TKIs after failure of atezo/bev does make sense. In terms of the best way to do this, I don’t think any of us know.

Richard S. Finn, MD: You bring up some interesting points. CheckMate459, which compared sorafenib to nivolumab, was a statistically negative study. Although, if we look at the survival in the nivolumab arm, it was over 16 months. Rich, for a patient who gets started on atezo/bev and doesn’t tolerate it and/or has proteinuria that can’t be managed or hypertension, do you see a role for offering that patient single-agent I/O?

Richard Kim, MD: Single-agent I/O… even in my practice there are few cases where you may use this. One situation, as you mentioned, is that if the patient cannot tolerate the VEGF drug for many reasons—bleeding, proteinuria caused by it, hypertension caused by it—that’s something where we would consider using NIVO as a single agent. For patients with a borderline performance status, it may be that you don’t think intolerance to combination or TKI of the adverse effect.

As you know, the benefit of a single-agent checkpoint inhibitor, even though it doesn’t work for everybody, is that response rate seems to be 15% to 20% and is very well tolerated. That’s a key advantage of single-agent nivolumab. The bulk of the patients will probably get atezo/bev in patients who are Child-Pugh A, who are fit. However, if there’s a contraindication to combination or TKI—such as bleeding, if they have a history of bleeding, variceal bleeding—single-agent nivolumab may have some role in certain cases. Those are a couple of situations I would consider using a single agent.

Richard S. Finn, MD: The thing that’s attractive about I/O, even before these positive phase 3 data with IMbrave150, was that if you respond, responses are very significant and long lasting. We don’t have a biomarker. We can’t select those patients based on a biomarker or a clinical parameter, or who will get the most benefit. There is an attractive clinical benefit that we see when patients have a good response. For patients who progress on I/O, Amit, Rich, Riad, are any of you comfortable giving an I/O combination after atezo/bev, eg, ipilimumab/nivolumab Is there a reason to think that ipi/nivo might work after atezo/bev? Rich ...from any of the other datasets?

Richard Kim, MD: In non-GI kidney cancer, there are some data that if you fail an I/O, you can continue I/O and put in some TKI or other agents that could possibly resensitize. Once again, it’s not in HCC (hepatocellular carcinoma) data, but in other non-GI tumor types, there are some data that you could do that. Once again, I would like to see more data before I start doing that.

Richard Kim, MD: Yes, there’s possibly a rationale that if you fail I/O first line with bevacizumab, you could potentially continue I/O and change the partners with a TKI or maybe another I/O to see if it works. That’s a trial that’s in the works to see if there’s any activity. I would like to see more data before I do it in my practice.

Amit Singal, MD: Rich, as you start to see these other doublets that get evaluated, this is going to be more relevant. Do we use those in sequence, or do we choose one and then go to TKI? I’m sure that’s where you were going with this, but that’s where it’s going to be interesting to see what we do. 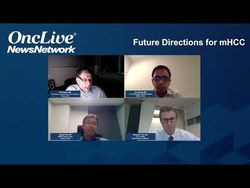 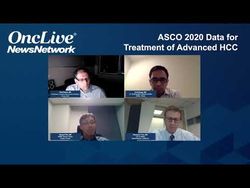 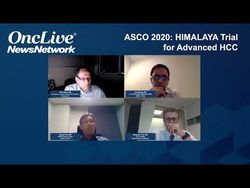