Although the majority of the patient population is made up of women, males represent 1 in 100 cases diagnosed in the United States each year. 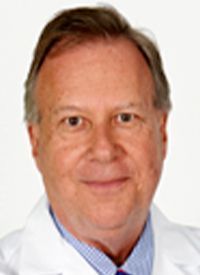 Unfortunately, this is a silent statement often internalized by men with breast cancer. Although the majority of the patient population is made up of women, males represent 1 in 100 cases diagnosed in the United States each year.1

“Men have described the diagnosis as ‘feminizing.’ Men have decided, ‘I don't want to tell my boss about this.’ It's a shame,” said Patrick I. Borgen, MD, chair and surgery director of the Breast Cancer Program at Maimonides Medical Center. “When you come to our breast center, the gowns are a pinkish, peach color, and [are] very cozy and comfortable. Some men have sort of objected to the fact that it is really an environment that's designed for females, which is all true and unfortunate, but there have been some very, very alpha males who have gotten breast cancer and they've done very well. We have to continue the dialogue [of male breast cancer].”

Male breast cancer, Borgen said, is not a fundamentally more aggressive disease than what is seen in women; however, “it's a different disease in some ways. There are no lobules in the breast, but when you look at [factors] like amplification of the HER2 gene, it really is as frequently [observed] in men as it is in women.”

Sara A. Hurvitz, MD, director of the Breast Cancer Clinical Research Program and co-director of the Santa Monica University of California, Los Angeles (UCLA) Outpatient Hematology/Oncology Practice, as well as an assistant professor of medicine in the Division of Hematology/Oncology of the David Geffen School of Medicine at UCLA, explained that a male breast cancer diagnosis tends to be presented at a later stage and higher grade compared with that in females. 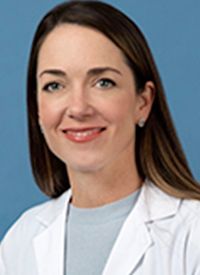 “This may be owing, in part, to the fact that we don't typically screen men with mammograms and men aren't attuned to look for problems in their chest and breast area,” Hurvitz said.

Similarly, in a matched analysis of which Borgen was the lead author, investigators compared 58 men with breast cancer treated between 1973 and 1989 vs 174 women who received treatment between 1976 and 1978 and were matched by disease stage and age at diagnosis. All patients underwent mastectomy and axillary dissection. Tumor histology differed significantly by gender (P <.05), and more men had estrogen receptor (ER)–positive disease (87%) vs women (55%; P <.001). At 10 years, the survival outcomes were similar among both genders through the multivariate analysis.3

Symptoms, however, do vary.

“There are 2 things that are a warning sign for male breast cancer. The number one is: bloody nipple discharge in the absence of trauma; spontaneously having blood emanating from the male nipple is actually breast cancer about 90% of the time,” said Borgen.

The second signal is a painless mass directly below the nipple, Borgen added.

Treatment Approaches: How Do They Differ Between Men and Women?

Localized treatments vary between men and women. Because the tumor is usually formed below the nipple, breast conservation is not a necessary approach for males. Local treatment often consists of mastectomy followed by either a sentinel node dissection or axillary dissection. Neoadjuvant treatment—comprising chemotherapy, immunotherapy, or hormonal treatment—however, is just as important in both genders.

Aromatase inhibitors (AIs) have been utilized in this patient population, but their role is a little less clear, experts explained. Javier Cortes, MD, PhD, head of breast cancer program at IOB Institute of Oncology, Madrid and Barcelona, Spain, said that if AIs are given in a man with breast cancer, then gonadal suppression should be added.

“There are going to be some subtleties of male breast cancer,” commented Adam M. Brufsky, MD, PhD, a professor of medicine, associate chief in the Division of Hematology/Oncology, co-director of the Comprehensive Breast Cancer, and associate director of clinical investigation at University of Pittsburgh. “However, the rule of thumb, right now, is that we treat a [man with breast cancer], at least I do, as if it's a postmenopausal woman [with breast cancer].” 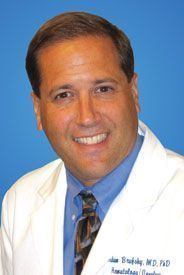 One elephant in the room, however, is the lack of prospective clinical trials solely on men with breast cancer.

“It’s too rare; it’s too uncommon,” said Borgen. “Therefore, we have to extrapolate [what we’ve learned] from trials in female breast cancer to [our male patients]. The good news is, is that it works. Tamoxifen, our ‘workhorse’ selective ER downregulator works just as well in men as it does in women.”

“The most fascinating discovery in male breast cancer is the role of the BRCA2 gene,” Borgen said. “When we look at a family in whom you’re doing BRCA1/2 testing, the male side of the family—the paternal as well as the maternal side—obviously makes a difference. These are autosomal genes that have nothing to do with sex chromosomes. However, the BRCA2 phenotype is unique because it does increase the risk of male breast cancer.”

The PARP inhibitors olaparib (Lynparza) and talazoparib (Talzenna) can be utilized in men with BRCA1/2-positive breast cancer, Hurvitz added.

Additionally, the androgen receptor has also become a wide area of interest in the management of male breast cancer, according to Brufsky.

Select therapeutics have garnered expanded indications to include men with breast cancer as well. For example, in April 2019, the FDA expanded the approval of palbociclib (Ibrance) capsules in combination with endocrine therapy for male patients with hormone receptor (HR)–positive, HER2-negative advanced or metastatic breast cancer.

The approval was based on real-world data from electronic health records, which demonstrated encouraging response rates with the CDK4/6 inhibitor in combination with an AI or fulvestrant (Faslodex) in this patient population. In the study, the safety profile for men who received palbociclib was consistent with the tolerability observed in female patients who were treated with the agent.4

“As drugs have been approved, including anthracyclines, alkylating, agents, receptor downregulators, and of course, CDK4/6 inhibitors, these apply to men,” Borgen said.

A retrospective review of 358,497 patients which had 3068 males (0.8%) and 355,429 females (99.1%) with T1/T2, node-negative, HR–positive, HER2-negative breast cancer between 2010 and 2014 from the National Cancer Database. A smaller proportion of male patients (32%) underwent recurrence score testing vs that of females (35%; P <.001). Those male patients with a recurrence score were younger, had T2 tumors, lymphovascular invasion, and private insurance.

A case report and literature review published in the American Journal of Men’s Health provided some insight on this unanswered question. Here, investigators utilized the 21-gene assay Oncotype DX on a 53-year-old male with left breast cancer who underwent modified radical mastectomy. Based on the results of the assay, endocrine treatment was chosen. Data showed that the patient remained in good health without evidence of recurrence at 18 months of follow-up.6

Borgen provided further insight, regarding a study of men with ER-positive, HER2-negative, node-negative breast cancer who were tested with Oncotype DX.

“When we did a frequency distribution by recurrent score, it matched female breast cancer exactly,” said Borgen. “Therefore, men derive the same benefit from genomic profiling in terms of really precisely getting the treatment right as female patients do.”

Public awareness, which often unfortunately comes from celebrity spotlights on male breast cancer, is one factor that will help create a better dialogue of the patient subtype.

“Men talking about it openly, as so many brave women have done, is really important,” Borgen said.

This cascades to a deeper understanding of the environmental factors tied to male breast cancer, as well.

“One of the tragic things we've seen here in New York, since [September 11, 2001,] is with the the men who worked on the area where the towers came down,” Borgen said. “We [have since] seen a very much higher rate of male breast cancer in men exposed to the toxins from 9/11. That continues to be true today, many years later.”

Family history of breast cancer is something that men should play particular attention to, Brufsky added.

“Someone estimated that a general surgeon in this country would see 1 case of male breast cancer in his or her career,” Borgen concluded. “Clearly, whatever we can do to continue to talk about this important condition is valuable.”