Molecular subtypes of clear-cell renal cell carcinoma were prognostic for outcomes after metastasectomy, with significant differences seen in overall survival and disease-free survival between groupings. 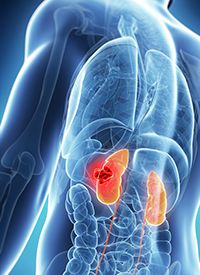 Molecular subtypes of clear-cell renal cell carcinoma (ccRCC) were prognostic for outcomes after metastasectomy, with significant differences seen in overall survival (OS) and disease-free survival (DFS) between groupings, according to findings presented at the 2017 European Multidisciplinary Meeting on Urological Cancers (EMUC).1

“Subtype may aid in patient selection after clinical selection. The differences between relapse rate and survival were striking,” said Annelies Verbiest, a PhD candidate at VIB-KU Leuven Center for Cancer Biology in Leuven, Belgium. “Clear-cell renal cell carcinoma subtypes have intrinsic differences that are correlated with survival, response to systemic therapy, and response to metastasis-directed therapies. These are not just prognostic but also predictive.”

Overall, 4 molecular subtypes (ccRCC 1 to 4) have been identified in metastatic ccRCC based on clustering of whole-genome expression data,2 Verbiest said during a presentation at EMUC, which was held November 16-19 in Barcelona, Spain. For the analysis, investigators used nCounter, a 35-gene classifier, developed by NanoString Technologies. Prior research suggests that 2 of these subtypes, ccRCC 2 and 3, have a good prognosis while subtypes ccRCC 1 and 4 have a poor prognosis. Specifically, Beuselinck et al2 demonstrated that ccRCC molecular subtypes are predictive of response to sunitinib in patients with metastatic disease, and could be used for personalized metastatic renal cell carcinoma treatment with tyrosine kinase inhibitors, demethylating, or immunomodulatory drugs.

The researchers performed global transcriptome analyses on 53 primary resected ccRCC tumors from patients who developed metastatic disease and were treated with first-line sunitinib (Sutent). They also determined chromosome copy-number aberrations, methylation status, and mutations in VHL, which are associated with von Hippel-Lindau syndrome, and PBRM1. Molecular data were analyzed in relation to response rate, progression-free survival, and OS.

“Patients with subtypes 2 and 3 who are treated with sunitinib or pazopanib [Votrient] usually respond well to therapy,” Verbiest said in an interview with OncologyLive®. “Because comorbidity is associated with surgery, it might be best to avoid it, especially in these patients.”The study presented at EMUC involved 32 patients: 22 with ccRCC subtypes 2 and 3 and 10 with ccRCC subtypes 1 and 4. Study objectives included correlating the molecular subtype with DFS, time to systemic therapy, and OS after complete metastasectomy. The researchers selected patients who had undergone a first metastasectomy with curative intent without prior systemic treatment. Other inclusion criteria included the availability of fresh frozen primary tumor tissue for genomic analysis, and having had at least 1 follow-up CT scan after metastasectomy.

The next step for the research, said Verbiest, is to determine whether these subtypes are not only prognostic but can also predict responses to systemic therapy. “We already know that the good-prognosis subtype responds well to angiogenesis inhibitors,” she said. “But 1 of the poor-prognostic subtypes, ccRCC4, has a gene expression profile that is very inflammatory. It has a high expression of immune checkpoints, and we think this subtype will respond well to immune checkpoint inhibitors.”

There is an abundance of ongoing biomarker research, but few biomarkers reach the clinic. It will be valuable to understand intrinsic subtypes of RCC apart from the new therapies that are evolving rapidly, she added.