More Research Must Focus on Later-Line Therapies in Ovarian Cancer

“Now that we have recurrent ovarian cancer,” said Cosgrove, “how are we going to treat this population with the evolving landscape of ovarian cancer management?”

One study that looked at later-line therapy is the multicenter, open-label, single-arm, phase II QUADRA trial (NCT02354586). The study evaluated the safety and efficacy of niraparib (Zejula) in patients with metastatic, relapsed, high-grade, serous epithelial ovarian, fallopian tube, or primary peritoneal cancer who previously received ≥3 lines of chemotherapy and no prior PARP inhibitors.

Results showed that niraparib had an overall response rate of 24% (95% CI, 16-34) in the primary efficacy population of patients who had homologous recombination deficiency (HRD). Additionally, the median duration of response was 8.3 months (95% CI, 6.5—not estimable). These data led to the FDA approval of niraparib in October 2019 for the treatment of patients with advanced ovarian, fallopian tube, or primary peritoneal cancer with ≥3 prior lines of chemotherapy whose cancer is associated with HRD-positive status.

Additionally, research efforts should focus on whether PARP inhibitors can be used more than once in a patient’s treatment course for ovarian cancer, said Cosgrove. The phase IIIb OReO/ENGOT Ov-38 (NCT03106987), which is examining olaparib (Lynparza) maintenance versus placebo in patients with epithelial ovarian cancer who have received prior PARP inhibitors, is designed to answer this question.

In an interview during the 2019 OncLive® State of the Science Summit™ on Ovarian Cancer, Cosgrove, a gynecologic oncologist at The Ohio State University Comprehensive Cancer Center—James, discussed later-line treatments in ovarian cancer and ongoing research.

OncLive®: How would you define the utility of PARP inhibitors in ovarian cancer?

Cosgrove: PARP inhibition in platinum-sensitive ovarian cancer is used in 2 main settings: maintenance and treatment. When using PARP inhibitors as maintenance, patients recur, get platinum-based chemotherapy again, have a complete or partial response, and then go on a PARP inhibitor as a maintenance therapy. Niraparib, olaparib, and rucaparib (Rubraca) are all available with an FDA indication. The data are wonderful for all of them and it's hard to compare the 3 [PARP inhibitors]. It comes down to provider preferences as well as adverse events (AEs) and toxicity profiles.

The other way that we are utilizing PARP inhibitors in platinum-sensitive ovarian cancer is as treatment. All 3 [PARP inhibitors] are now approved for this [patient population]. Niraparib recently got FDA approval, so all 3 [PARP inhibitors] can be utilized in patients, though they all have slightly different FDA indications. Most of them rely on some sort of biomarker, whether that is BRCA-positive or HRD.

What are your thoughts on the latest indication granted to niraparib?

What factors do you consider when deciding what PARP inhibitor to use in a patient?

In the maintenance setting, all of the PARP inhibitors are FDA approved as long as you have had a complete or partial response. All the PARP inhibitors have shown excellent efficacy. While we can't compare one trial to the other, I do think that we can confidently say, “All of them work really well for our patients.”

Other [PARP inhibitors] can increase your chance for gastrointestinal (GI) AEs. If [a patient] already have some baseline nausea, I might offer [a PARP inhibitor] with a lower GI AE profile. At the end of the day, it's a discussion with the patient, seeing what they're comfortable with, and going over each [option]. All of these agents end up being an excellent option at the end of the day.

What questions still remain with this class of agents?

This is being evaluated right now with the OReO trial, which looks at patients who had chemotherapy followed by maintenance PARP inhibition. When the cancer comes back, they get treated again with platinum-based chemotherapy and then get put on olaparib or placebo. This will give us an idea as to whether we can use a PARP inhibitor after another PARP inhibitor. That's going to be the biggest question moving forward with ovarian cancer management.

Are there any retrospective data looking at this question?

Last year, there was a small trial that was presented from a team from Stephenson Cancer Center. They saw that there is a possibility that some patients may continue to respond with PARP inhibition. It's a small number that we have available to us right now. Hopefully, as we get more experience with it, we will be able to give a more confident answer and be able to treat our patients better.

There have been some data regarding the investigational PARP inhibitor veliparib. What are your thoughts on this agent?

The really exciting [VELIA] trial was recently presented. Veliparib is unique in that we can give it with chemotherapy and then continue as maintenance. That is exciting. If we see benefit from these type of medications when we add on during chemotherapy, and then as a maintenance, we can potentially add increasing benefits. 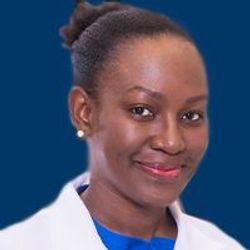 Dr. O’Malley on the Results of the KEYNOTE-775 Trial in Endometrial Cancer

Dr. Rogers on the Safety Profile of Ianalumab/Ibrutinib in CLL
x