The paradigm for treating patients with HER2-positive breast cancer is changing throughout the spectrum of the disease as a result of recent clinical trial findings regarding novel and established treatment regimens, according to Sara A. Hurvitz, MD 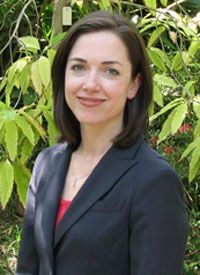 Sara A. Hurvitz, MD, an associate professor at the David Geffen School of Medicine and medical director of the Jonsson Comprehensive Cancer Center Clinical Research Unit at the University of California, Los Angeles

The paradigm for treating patients with HER2-positive breast cancer is changing throughout the spectrum of the disease as a result of recent clinical trial findings regarding novel and established treatment regimens, according to Sara A. Hurvitz, MD. The focus on new strategies is needed because of the aggressive nature of the HER2- positive subtype; although trastuzumab (Herceptin) has substantially improved outcomes for this patient populations, approximately 25% of patients with earlystage disease will experience relapse within 10 years of a curative-intent, trastuzumab-based chemotherapy regimen.1 “For these reasons, multiple HER2-targeted therapies have been and are being developed to improve outcomes associated with this aggressive type of cancer,” Hurvitz, medical oncologist and medical director, Clinical Research Unit for the University of California, Los Angeles Jonsson Comprehensive Cancer Center, told OncLive®. “Understanding how and when to use each of these drugs is critical as we strive to optimize outcomes for our patients.”

There have been many data presented relating to neoadjuvant and adjuvant treatment for patients with HER2-positive breast cancer—–including data for trastuzumab, pertuzumab (Perjeta), neratinib (Nerlynx), and ado-trastuzumab (T-DM1; Kadcyla)–– which have contributed to practice changes (Table 12-6). In an interview ahead of the 37th Annual Miami Breast Cancer Conference® (MBCC), Hurvitz previewed a few notable studies. “At the conference I will be reviewing practice-changing trial data from studies including KATHERINE, APHINITY, ExteNET, APT, and ATEMPT and will present a strategy for selection of optimal curative-intent neoadjuvant and/or adjuvant therapy for HER2-positive, early-stage disease,” Hurvitz explained.

Based on these data, the FDA approved T-DM1 for use as an adjuvant treatment for patients with HER2-positive early breast cancer who have residual invasive disease following neoadjuvant trastuzumab and chemotherapy. The agent was approved in May 2019 under the FDA’s Real-Time Oncology Review and Assessment Aid pilot program.7

In the phase III ExteNET trial (NCT00878709), 2840 women with earlystage, HER2-positive breast cancer who completed trastuzumab-based adjuvant therapy were randomized to receive 12 months of neratinib 240 mg/day or placebo. In a 5-year analysis, patients who received neratinib had significantly fewer disease-free survival events (HR, 0.73; 95% CI, 0.57-0.92; P = .0083) and a higher 5-year iDFS rate (90.2% vs 87.7%) compared with those who received placebo.3 Treatment-emergent serious AEs were reported in 7% of women treated with neratinib and in 6% of women who received placebo, with no evidence of increased risk of long-term toxicity or adverse consequences of neratinib-associated diarrhea. Prophylaxis was not mandated by the study protocol.

The phase II APT trial (NCT00542451) included 410 patients with HER2-positive breast cancer with tumors 3 cm or smaller and negative nodes who received paclitaxel with trastuzumab for 12 weeks followed by 9 months of trastuzumab.4 The 3-year iDFS rate was 98.7%. Among 13 patients who experienced significant asymptomatic declines in ejection fraction, 11 were able to resume trastuzumab following a brief treatment interruption. In an analysis of the APT trial, the 7-year iDFS was 93%, the 7-year overall survival (OS) was 95%, and the 7-year recurrence-free interval was 97.5%.5 These data demonstrate excellent long-term outcomes with adjuvant paclitaxel and trastuzumab, along with a similar subtype distribution in small HER2-positive tumors compared with larger tumors, according to Hurvitz.

A similar proportion of patients developed clinically relevant toxicities in both treatment groups; however, patients receiving paclitaxel plus trastuzumab reported more neuropathy (24% vs 11%), neutropenia (13% vs 3%), and infusion-related reactions (11% vs 5%), whereas patients receiving T-DM1 reported more thrombocytopenia (11% vs 1%) and elevated liver function (9% vs 4%). These results suggest that T-DM1 is an alternative treatment for select patients with early HER2-positive disease who are concerned about toxicities associated with paclitaxel/trastuzumab treatment.

Data from a multicenter, open-label, phase I/II study (NCT00398567) demonstrate encouraging tolerability and antitumor activity of neratinib plus trastuzumab in patients with pretreated, advanced HER2-positive breast cancer. Patients with locally advanced or metastatic HER2-positive breast cancer who received ≥1 prior trastuzumab-based regimens demonstrated a 16-week progression-free survival (PFS) rate of 44.8%, with a median PFS of 15.9 weeks among 28 evaluable patients treated with the combination of neratinib and trastuzumab.8 The most common AE was diarrhea, and no clinically significant toxicity was reported.

The fact that tucatinib met 3 major end points—PFS, PFS in the population with brain metastases, and OS&mdash;at its first reporting, with a good safety profile, is incredible news for patients,” Hurvitz noted.

“The waterfall plot showing responses from [trastuzumab deruxtecan] was remarkable,” Hurvitz said. “Almost everyone had disease shrinkage with this novel antibody-drug conjugate. This is very exciting for heavily pretreated disease. The FDA’s accelerated approval of [trastuzumab deruxtecan] in December [2019] based on a phase II trial is just 1 example of the rapid availability of new drugs with promising results.”

“I was also very happy to see the results from the phase II, randomized monarcHER trial, showing an improved ORR and PFS in patients with HR-positive/HER2-positive metastatic breast cancer treated with abemaciclib, fulvestrant, and trastuzumab compared with those treated with chemotherapy plus trastuzumab,” Hurvitz explained. “These data support preclinical data suggesting that CDK4/6 [inhibitors] should have activity in [patients with] HR-positive/ HER2-positive breast cancer.”

Treatment decision making has become more complex with the development of novel therapies for patients with HER2-positive breast cancer; however, researchers are investigating methods to guide therapy selection in this patient population. Results from a pooled analysis of over 5000 patients with breast cancer demonstrated that the measurement of residual cancer burden (RCB) index was associated with tightly associated with both event-free survival (EFS) and distant recurrence-free survival (DRFS) and was prognostic for all breast cancer phenotypes (Table 213). “We found that these results were consistently generalizable and could help determine the most appropriate treatment plans for patients with all breast cancer subtypes,” noted W. Fraser Symmans, MD, professor and director of research operations in the Department of Pathology at The University of Texas MD Anderson Cancer Center, in an interview.

Investigators assessed RCB through a number of factors including dimensions of the primary tumor-bed area, the percentage of invasive versus in situ cancer, the number of lymph nodes involved, and the size of the largest metastasis. These data were entered into a calculator developed by MD Anderson following a pathologic examination after neoadjuvant treatment and calibrated to an estimate of the patients’ risk for recurrence over time. The RCB index was classified as RCB-I (minimal burden), RCB-II (moderate burden), or RCB-III (extensive burden).

“This pooled analysis confirms and expands upon prior findings that RCB index can predict risk of breast cancer recurrence,” Symmans said. “This assessment of prognostic risk can be used to accurately determine disease progression and inform treatment choice for breast cancer patients inclusive of all subtypes.”

Looking to the Future

“In the early disease setting, I am interested in trials like ATEMPT and APT that are pursuing less toxic approaches for select patients deemed to be at low risk, but hope to see long-term follow-up to ensure that a de-escalation approach is safe,” Hurvitz said. She also explained that, in the metastatic setting, she is interested in data from HER2CLIMB related to the effects of tucatinib in patients with active central nervous system metastases. “I am looking forward to seeing how many patients have responses in the brain with this drug,” she said. “This will potentially be practice changing for the management of this challenging but alltoo- common clinical scenario.”

“Multiple therapeutic options are now available for both early- and late-stage HER2- positive disease,” Hurvitz concluded. “The field is rapidly evolving given the number of agents that can target the HER2 driver. Now, more than ever, it is critical for clinicians to keep up-to-date with emerging trial results, as many studies are yielding practice-changing data. In the next year, it would not be surprising if we see the approval of 1, if not 2, additional agents for this disease.”

In the HER2CLIMB trial (NCT02614794), 612 patients with HER2-positive metastatic breast cancer, with or without brain metastases, who previously received trastuzumab, pertuzumab, and T-DM1, were randomized to tucatinib or placebo combined with trastuzumab and capecitabine.9 At 1 year, PFS was significantly higher in patients receiving tucatinib compared with those receiving placebo (33.1% vs 12.3%; HR, 0.54; 95% CI, 0.42-0.71; P <.001). Similar results were seen among patients with brain metastases (24.9% vs 0%). At 2 years, OS was significantly higher in the tucatinib group compared with the placebo group (44.9% vs 26.6%). Diarrhea and elevated aminotransferase levels were more frequent among patients receiving the tucatinib combination. These data demonstrate improved survival outcomes with the addition of tucatinib to trastuzumab and capecitabine among heavily pretreated patients with HER2- positive metastatic breast cancer, including patients with brain metastases.

In the APHINITY trial (NCT01358877), 4805 patients with node-positive or high-risk node-negative, HER2- positive operable breast cancer were randomized to receive pertuzumab or placebo plus standard adjuvant chemotherapy and 1 year of trastuzumab.2 Disease recurrence was reported in significantly fewer patients who received pertuzumab compared with those who received placebo (HR, 0.81; 95% CI, 0.55-1.00; P = .045). The 3-year iDFS rate was 94.1% in the pertuzumab group compared with 93.2% in the placebo group. Among those with node-positive disease, the 3-year iDFS rate was significantly higher compared with that of the placebo group (HR, 0.77; 95% CI, 0.62-0.96; P = .02). Grade ≥3 diarrhea was reported almost exclusively during chemotherapy; however, it was more frequent among those treated with pertuzumab compared with those treated with placebo (9.8% vs 3.7%).