The combination of nivolumab and cabozantinib showcased significant benefit in terms of progression-free survival, overall survival, and responses vs sunitinib in the frontline treatment of patients with advanced renal cell carcinoma, as was underscored in data from the phase 3 CheckMate-9ER trial. 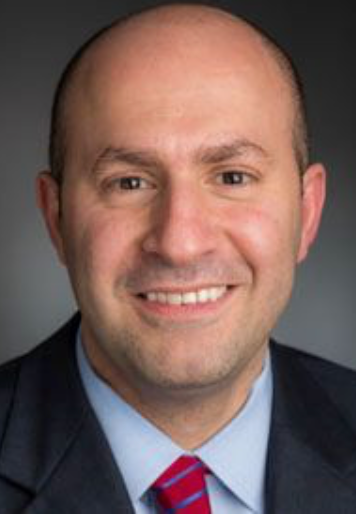 The combination of nivolumab (Opdivo) and cabozantinib (Cabometyx) showcased significant benefit in terms of progression-free survival (PFS), overall survival (OS), and responses vs sunitinib (Sutent) in the frontline treatment of patients with advanced renal cell carcinoma (RCC), as was underscored in data from the phase 3 CheckMate-9ER trial (NCT03141177) published in the New England Journal of Medicine.

“PFS was significantly longer with nivolumab plus cabozantinib than with sunitinib among patients with previously untreated advanced RCC with a clear-cell component,” Toni K. Choueiri, MD, director of the Lank Center for Genitourinary Oncology, director of the Kidney Cancer Center, and senior physician at Dana-Farber Cancer Institute, and colleagues, wrote. “The risk of disease progression or death was 49% lower with nivolumab plus cabozantinib than with sunitinib, and the median PFS was twice as long in the combination group.”

In the open-label phase 3 trial, investigators set out to examine the safety and efficacy of nivolumab/cabozantinib vs sunitinib as a frontline treatment in patients with advanced RCC with clear-cell histologic features.

To be eligible for enrollment, patients had to have previously untreated advanced RCC with a clear-cell component, a Karnofsky performance status score of at least 70, and measurable disease per RECIST v1.1 criteria. Patients could have any International Metastatic Renal-Cell Carcinoma Database Consortium (IMDC) prognostic risk score, but they could not have received any systemic therapy for RCC.

If patients had active central nervous system metastases, active autoimmune disease, or had previously received systemic treatment with glucocorticoids or other immunosuppressive medications within 2 weeks before randomization, they were excluded from the research.

Participants were randomized 1:1 to receive either intravenous (IV) nivolumab at 240 mg every 2 weeks plus oral cabozantinib at a daily dose of 40 mg or single-agent, oral sunitinib given at a daily dose of 50 mg for 4 weeks, followed by 2 weeks off. Stratification factors included IMDC prognostic risk score (0 vs 1 or 2 vs 3 to 6), geographic region (United States and Europe vs the rest of the world), and PD-L1 expression (1% of greater vs 1% or less).

Treatment was given until progressive disease, intolerable toxicity, or up until 2 years for nivolumab treatment. Although dose reductions were not permitted for nivolumab, they were for cabozantinib and sunitinib.

The primary end point of the trial was PFS in all randomized patients, while key secondary end points comprised OS and objective response in the intent-to-treat (ITT) population and safety in those who were given at least 1 dose of study therapy.

A total of 651 patients were randomized between September 2017 and May 2019. Of these patients, 328 comprised the ITT population in the sunitinib arm. More than half, or 57.8%, of those in the ITT population had intermediate-risk prognostic features, 22.4% had favorable-risk features, and 19.8% had poor-risk features. Additionally, 74.5% had PD-L1 expression of less than 1%, while 25.5% had expression of at least 1%.

Moreover, the median time to response was 2.8 months with nivolumab/cabozantinib and 4.2 months with sunitinib, while the median duration of response was 20.2 months and 11.5 months, respectively. Approximately 71% of patients in the doublet arm had probability of ongoing response at 12 months vs 40.9% of those in the monotherapy arm.

Notably, the PFS, OS, and response benefits achieved with nivolumab/cabozantinib proved to be consistent across all patient subsets evaluated, irrespective of risk status, PD-L1 expression, and bone metastases.

Among 284 patients who had available data in the investigative arm, 94.7% experienced a reduction in the sum of target-lesion diameters; 70.4% reported a reduction of 30% or more. In the control arm, these rates were 84.9% and 42.5%, respectively.

Moreover, the mean (±SD) FKSI-19 total scores at baseline proved to be comparable between the treatment arms, with 58.7±10.6 and 58.4±9.9 in the nivolumab/cabozantinib and sunitinib, respectively. More than 90% of patients in each arm completed the FKSI-19 questionnaire at baseline; at all subsequent assessments, 80% completed the questionnaires in each arm through week 91.

“Quality of life [QoL] was maintained over time with nivolumab plus cabozantinib, whereas a consistent deterioration from baseline was reported with sunitinib,” the authors wrote. “When we controlled for baseline score and other relevant covariates, patients treated with nivolumab plus cabozantinib had better QoL than those treated with sunitinib at all time points through week 91.”

Disease-related symptoms, evaluated by the FKSI-DRS subscale, was found to improve from baseline in the investigative arm. Patients in the control arm experienced a decline from baseline after week 7 through week 91. Between-group differences were reported to be significant (P <.05) at all time points with the exception of week 7 in terms of the FKSI-19 total score and week 79 in terms of the FKSI-DRS score.

The primary reason for treatment discontinuation was progressive disease. A total of 320 patients in the investigative and control arms received at least 1 dose of treatment. In the doublet arm, the median duration of treatment was 14.3 months; this was 9.2 months in the monotherapy arm. Slightly more than half, or 55.6% of those in the investigative arm and 28.8% of those in the control arm were still on treatment at the time of the analysis.

Almost 20% of patients in the nivolumab/cabozantinib arm had a toxicity that resulted in treatment discontinuation vs 16.9% of those in the sunitinib arm. One death was determined to be related to treatment with the doublet; the patient died of small intestine perforation. In the control arm, 2 deaths were considered to be associated with treatment; 1 patient had pneumonia and the other had respiratory distress.

“The adverse-effect profile of nivolumab plus cabozantinib was not trivial but was consistent with previous studies of each agent as monotherapy, and no new safety signals were identified,” the authors concluded.

Based on results from the trial, in January 2021, the FDA approved nivolumab/cabozantinib for use as a first-line treatment in patients with advanced RCC.