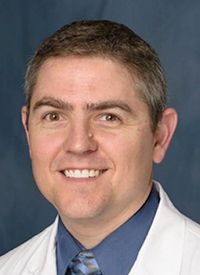 Presenter Thomas J. George, MD, FACP, noted during the 2023 Gastrointestinal Cancers Symposium that the reason for these differences in outcome results was not entirely understood.

“NRG-GI002 helps to provide further total neoadjuvant therapy outcome data from multi-institutional national clinical trials that can benchmark and be used for future locally advanced rectal cancer outcomes,” said George, a professor in the Department of Medicine in the Division of Hematology & Oncology, and director of the Gastrointestinal Oncology Program at the University of Florida.

Total neoadjuvant therapy is an accepted standard of care for patients with locally advanced rectal cancer to ensure that high-risk patients are able to receive systemic therapy, as previously 25% to 70% did not. However, responses are still fairly limited with this approach.

Eligible patients had very high-risk stage II and III rectal cancer, including those with a distal location, bulky, cN2 disease, and/or not a candidate for sphincter-sparing surgery at the time of presentation. However, patients were not selected for tumor markers such as mismatch repair deficiency.

They were randomly assigned to either the control arm or one of the experimental arms and were stratified by cT and cN stage. In the control arm, patients received FOLFOX (leucovorin, fluorouracil, and oxaliplatin) chemotherapy for 8 cycles followed 3 to 4 weeks later by long-course radiation therapy (50.4 Gy) with concurrent capecitabine (825 mg/m2 orally twice daily) and then followed 8 to 12 weeks later by total mesorectal surgical resection. The first experimental arm added veliparib (400 mg twice daily) to the chemoradiotherapy regimen and the second experimental arm added pembrolizumab (200 mg intravenously every 3 weeks for 6 doses). In both experimental arms, the total neoadjuvant therapy was unchanged.

George noted that veliparib was added with the idea that a PARP inhibitor could enhance radiation-induced synthetic lethality, and pembrolizumab was tested based on the hypothesis that radiation could enhance anti-tumor immunogenicity with upregulation of immune markers.

George noted that analysis of tumor and circulating biomarkers is ongoing to identify potential subgroups of patients that may benefit from these added treatments.