Long-term clinical data failed to show a benefit of neoadjuvant olaparib (Lynparza) plus paclitaxel vs carboplatin plus paclitaxel in patients with HER2-negative early breast cancer with homologous recombination deficiency. 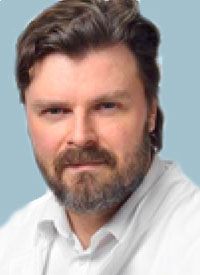 Long-term clinical data failed to show a benefit of neoadjuvant olaparib (Lynparza) plus paclitaxel vs carboplatin plus paclitaxel in patients with HER2-negative early breast cancer with homologous recombination deficiency (HRD). Results with a median follow-up of 49.8 months from GeparOLA (NCT02789332) were presented at the 2022 San Antonio Breast Cancer Symposium.1

“[GeparOLA] was a small study with a low event rate,” Peter A. Fasching, MD, a professor in the Department of Obstetrics and Gynecology at the University Hospital Erlangen in Germany, said in a summary of the data. “It might be hypothesized that patients with a mutation, olaparib may replace platinum, keeping in mind that the toxicity profile was more favorable [for olaparib vs carboplatin/paclitaxel].”

Germline/somatic BRCA mutations were reported among 55.9% of patients in the olaparib arm (n = 38) and 56.8% of patients in the carboplatin/paclitaxel arm (n = 21). Outcomes were comparable with long-term follow-up in this subgroup for olaparib vs carboplatin/paclitaxel (HR, 1.16; 95% CI, 0.30-4.49; log-rank P = .8303).1 “For patients who had no mutation in the tumor or the germline—[all of whom] were HRD high—then there is a similar event rate for the olaparib-treated patients [vs those with BRCA-mutant disease (7 events each)], but these patients treated with olaparib had an excellent prognosis.”

The study included patients with early-stage HER2-negative disease that had an HRD-high tumor, defined as having a known germline or somatic BRCA1/2 mutation or a high HRD score via MyChoice assay (score ≥ 42). Patients were randomly assigned 2:1 to receive weekly paclitaxel (80 mg/m2) plus olaparib at 100 mg twice daily or the same regimen of paclitaxel plus carboplatin area under the curve 2 weekly. Both arms also received epirubicin/cyclophosphamide at 90 mg/m2 and 600 mg/m2, respectively, every 2 or 3 weeks.

Patients were not permitted to enroll if they had prior treatment with a PARP inhibitor. A total of 106 patients were included in the intention-to-treat population. “For the interpretation of the data it might be important to memorize that there was a disbalance in nodal positivity,” Fasching said. “In the platinum arm, 45.7% of patients had a nodal-positive status and in the olaparib arm there was only [approximately] 25%.”

“It’s important to realize that the inclusion [criteria] allowed both: either a tumor or germline mutation or HRD score high. Almost all patients had a tumor with a high HRD score; however, not all of them were mutated with regard to the BRCA genes,” Fasching said.

Of the enrolled population, 96 patients had a high HRD score. Among these patients, 46.2% had a mutation, 43.4% were intact, and 1 patient had insufficient quality o quantity of DNA available for measurement. Further, 3 patients had HRD low score all of whom had BRCA-mutant disease and 7 patients were not measurable for HRD status.

Other baseline characteristics were well balanced with a median age of 47.0 years (range, 25.0-71.0), approximately 60% of patients in both arms having cT2 disease status, and approximately 27% of patients having estrogen receptor– and/or progesterone receptor–positive disease. A Ki-67 index of greater than 20% was reported for 91.3% of patients in the olaparib arm vs 86.5% in the carboplatin/paclitaxel arm.1,2

Fasching noted that larger trials are needed to assess the use of olaparib further in patients with germline or somatic BRCA mutations and the role of neoadjuvant platinum-containing chemotherapy for patients without mutations.