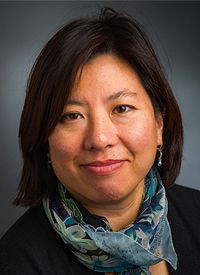 Neoantigen long peptide vaccines (NeoVax) continued to show durable T-cell responses in patients with high-risk melanoma that persisted 4 years after initial vaccination, highlighting the ability of personalized cancer vaccines to provide long-term control against some cancers, according to results of a phase 1 study (NCT01970358) published in Nature Medicine.1,2

In the small study of 8 patients who had previously received surgery for advanced melanoma, and were considered to be at high-risk of recurrence, NeoVax was administered at a median 18 weeks after resection.

Results showed that a median 4 years after NeoVax treatment, all 8 patients enrolled in the study were alive; 6 patients showed no signs of active disease. Investigators also found evidence that the patients’ T cells recognized initial target epitopes, as well as other melanoma-related epitopes.

Additionally, 2 patients with metastatic disease received a checkpoint inhibitor, and investigators found that T cells had made their way into the tumor tissue, where they could be most lethal to melanoma cells.

“These findings demonstrate that a personal neoantigen vaccine can stimulate a durable immune response in patients with melanoma,” said study co-author Catherine J. Wu, MD, of Dana-Farber Cancer Institute, Brigham and Women’s Hospital (BWH), and the Broad Institute. “We found evidence that the initial, targeted immune response has broadened over the years to provide patients with continued protection from the disease.”

Cancer vaccines have been an intriguing therapeutic approach due to the roles of cytotoxic and helper T cells play in long-term tumor control, and they have potential to build upon the range of tumor antigen–specific T cell responses.

NeoVax targets specific proteins on tumor cells and is made from epitopes that come from neoantigens, which trigger an immune response that spares normal cells from attack. Upon treatment with NeoVax, the epitopes revs up a response in the immune system against the melanoma cells.

Patients with high-risk melanoma were enrolled on the single-center study between May 2014 and July 2016. Those eligible for enrollment had clinically or radiographically evident, pathologically confirmed stage IIIB/C and IVM1a/b melanoma that was eligible for complete resection, and an ECOG performance status of 0 or 1. Those who had prior treatment with immune-modulatory agents, chemotherapy, targeted therapy—such as BRAF or MEK inhibition—or investigational melanoma-directed cancer vaccine therapy, were excluded from enrollment.3

The co-primary end points were safety and feasibility, while secondary end points included induction of tumor- and neoantigen-specific cellular immune responses and the number of patients alive at 2 years following resection.

Additional data showed that, at a median follow-up of 55 months, 5 patients experienced disease recurrence, and 2 patients with stage IV disease had a complete response after receiving pembrolizumab (Keytruda). There was 1 patient who underwent surgical resection and has remained in remission; 2 patients developed unresectable metastatic disease.

Regarding safety, no vaccine-related adverse events were reported except for transient, mild flu-like symptoms, injection site reactions, rash, and fatigue, all of which were previously reported.

“We found evidence of everything we look for in a strong, sustained immune response,” said study co-author Patrick A. Ott, MD, PhD, of Dana-Farber, BWH, and the Broad Institute. “T cells continued to specifically target melanoma cells and retained a memory of the epitopes they initially responded to. The T cells were activated to kill tumor cells and, critically, had diversified to target melanoma epitopes not included in the original vaccine. 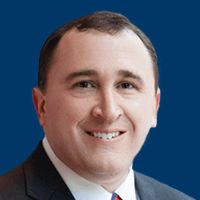