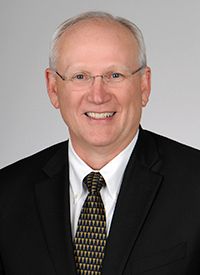 MUSC Hollings Cancer Center researchers discovered a novel mechanism showing how a certain gene mutation can allow tumors to evade detection by the immune system in colorectal cancer patients. The study, which was published July 22 in Oncogene, is the most recent example of team science at Hollings.

“The work is the first time we are aware of that someone has shown how a checkpoint inhibitor is regulated due to loss of the adenomatous polyposis coli (APC) gene function,” said Raymond N. DuBois, M.D., Ph.D., director of Hollings Cancer Center and a senior author of the study.

Colorectal cancer is the third most common malignancy and the second leading cause of cancer-related death in the United States. Although colonoscopy screening is an effective way to detect and prevent colorectal cancer by polyp removal, colorectal cancer continues to be responsible for significant mortality. DuBois said existing therapies have limited efficacy for long-term survival in patients with stage 4 disease.

“The five-year survival rate for these patients is unacceptable, between 5% and 15%, which underscores the importance of this research,” DuBois said.

The DuBois lab team has been working to understand the molecular mechanisms that cause colorectal cancer initiation, growth and progression to discover new strategies for prevention and interception.

Immune response to cancer is regulated by a balance between co-stimulatory and inhibitory (checkpoint) pathways. Immune checkpoints put brakes on the immune system, preventing inflammatory tissue damage and autoimmune diseases. For example, one immune checkpoint pathway is activated by PD-L1, an immune system regulatory molecule that suppresses immune responses when it interacts with its receptor, PD-1.

“PD-L1 levels are elevated in a variety of human cancers, including colorectal cancer, and this sometimes leads to a poor prognosis,” DuBois said. “We know that high levels of PD-L1 on the surface of cancer cells are related to the tumor’s ability to evade the immune system. However, the exact role PD-L1 plays in colorectal cancer is unclear. Some reports in the literature present conflicting results as to whether the presence of PD-L1 is indicative of a better or worse cancer prognosis.”

T-cells, which are crucial white blood cells that help to mediate the immune system, can kill cancerous or virally infected cells. Tumor cells, therefore, must evade them if they are to survive by directly impairing the cytotoxic activity of T-cells. Tumor cells also inhibit the spread of T-cells by employing immune checkpoint receptors such as PD-1. PD-1 and PD-L1 interact to inhibit T-cell function while increasing immunosuppression by regulatory T-cells (Tregs). While this complex dance of T-cells, checkpoint receptors and Tregs occurs, tumor cells slip past and evade the immune system.

Normally, people possess two copies of the APC gene, having inherited them from their parents. The APC gene provides instructions for creating the APC protein, which helps to control how often a cell divides and how it attaches to other cells within a tissue. Thus, the APC protein acts as a tumor suppressor, preventing uncontrolled growth and division of cells. If one copy of the APC gene has a mutation, there is an increased chance of developing certain types of cancer, such as colorectal cancer and other cancers of the stomach, thyroid, pancreas, liver and central nervous system.

Previous animal studies provided direct evidence demonstrating that the loss of APC causes the formation of adenomas, which are noncancerous tumors that can become cancerous in time. The APC protein can form a complex with β-catenin, which plays an essential role in stem cell renewal and organ regeneration. DuBois’ team carried out several experiments that showed β-catenin is required for APC mutation and increased levels of PD-L1.

DuBois’ team found that in mouse models, APC gene mutations are always accompanied by very high levels of PD-L1. With that knowledge, they developed several mouse models where they removed the gene and examined the effect on the colon.

“When we corrected the mutation in the mouse model, the checkpoint inhibitor went away, and when we reintroduced the mutation, it returned,” DuBois explained.

“This discovery represents the first evidence that we know of demonstrating that the loss of APC results in stimulation of PD-L1 in colon cancer cells via the b-catenin complex binding to the PD-L1 promoter,” DuBois said.

Their findings also revealed a novel mechanism by which APC mutations allow colonic tumors to evade immune system detection via an immune checkpoint pathway and increased resistance to T-cells. “These results expand our understanding of the role of APC in colorectal cancer and pave the way for developing new target drugs as possible b-catenin inhibitors for use as alternative immune checkpoint inhibitors in colorectal cancer therapies,” DuBois said. These new therapies could be especially useful in intercepting colorectal cancer disease progression at a very early stage.

DuBois’ lab plans to investigate the effectiveness of the combined use of checkpoint inhibitors with existing therapies, such as small molecule drugs. He hopes that this discovery will encourage related research by other institutions and eventually explain why colorectal cancer patients typically do not respond well to immunotherapy.

“We know there are other pro-inflammatory pathways that inhibit the ability of the immune system to attack tumor cells that are different from the immune checkpoint pathway. We are using animal models to test compounds that can block those inflammatory pathways. Now we are using those in addition to checkpoint inhibitors, and the combination of both approaches could turn out to be a game-changing and effective new therapy.” 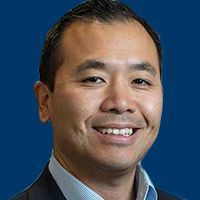 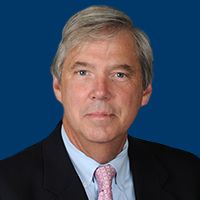 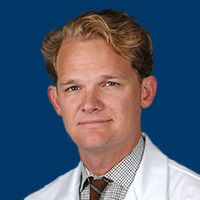 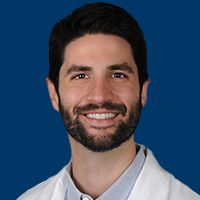 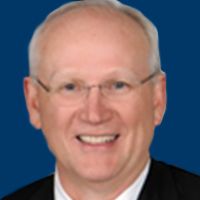