New Roles May Evolve for Competing Embolization Techniques in HCC

Two competing methods of delivering locoregional therapy to patients with hepatocellular carcinoma both have advantages and may be most successful in subgroups of individuals with intermediate-stage disease.

Two competing methods of delivering locoregional therapy to patients with hepatocellular carcinoma (HCC) both have advantages and may be most successful in subgroups of individuals with intermediate-stage disease, according to experts who debated the relative merits of the techniques at the 2016 International Liver Cancer Association (ILCA) conference.

Transarterial chemoembolization (TACE), the current standard of care for patients with multinodular stage B disease and relatively preserved liver function, is being challenged by radioembolization using yttrium-90 (Y90) integrated in glass matrix or resin microspheres.

Valérie Vilgrain, PhD, argued that studies have found that there is essentially no difference in overall survival (OS) or time to progression (TTP) between the 2 procedures, although she said most data are from retrospective analyses and not randomized clinical trials.

As a result, “there are no clear indications” to replace TACE with Y90 therapy in the settings in which TACE is currently recommended, but that picture might change if Y90 becomes easier to administer, said Vilgrain, who is chair of the Department of Radiology at the University Beaujon Hospital and professor of Radiology at Diderot University in Paris.

Bruno Sangro, MD, PhD, acknowledged that TACE is supported by level I evidence but selective internal radiation therapy, as Y90 microsphere treatment is known, is backed by level II evidence.

However, he said that analysis of subgroups of patients with intermediate HCC treated with the 2 technologies indicates that TACE is more effective for patients with low tumor burden and good liver function, but that evidence is not as strong in favor of TACE for individuals with high tumor burden. In single large tumors, TACE can be ineffective or even dangerous, but Y90 could shrink tumors for resection.

“In the controversy between Y90 and TACE, I think the answer is we need both,” said Sangro, who is director of the Liver Unit at Clinica Universidad de Navarra in Pamplona, Spain. “We need prospective trials that would find which patients are better served by one or the other indications.”Since its efficacy was established more than a decade ago, TACE has undergone technical refinements, and patient selection for the procedure has improved, Vilgrain said. “We now have a much better tolerance and higher tumor control, and this clearly has had an impact on the morbidity and mortality rate,” said Vilgrain.

She cited a recent meta-analysis of 5 studies comparing TACE and Y90 that found no statistically significant difference in survival for up to 4 years (HR, 1.06; 95% CI, 0.81-1.46; P = .567).1 The analysis evaluated results for 553 patients with unresectable HCC who participated in head-to-head trials comparing the 2 procedures.

Another meta-analysis found a longer pooled median OS rate with drug-eluting bead TACE versus Y90 in studies comparing the 2 procedures that comprised 736 patients (22.6 months vs 14.7 months, respectively) but no significant difference in tumor response rate.2 However, a review of conventional TACE and Y90 found similar efficacy and safety.3

Sangro, however, said analyzing clinical trial results for TACE by subclassifications of Barcelona Clinic Liver Cancer (BCLC) groups yielded a more nuanced picture of which patients would benefit from the procedure.

In the recently reported phase II PREMIERE study, researchers found that Y90 demonstrated significantly longer median TTP than conventional TACE in a randomized study of 45 patients with unresectable BCLC stages A or B.5

Optimal uses of the techniques also may differ when employed to downstage patients for resection, ablation, or transplant, Sangro indicated. He said Y90 is helpful when future liver remnant is a consideration in anticipation of resection as well as for tumor shrinkage; whereas, TACE is recommended for tumor shrinkage in advance of radical therapies.Both speakers noted that there are advantages and disadvantages with each approach.

Vilgrain said TACE is a mature technique that is widely available in hospital settings but that drawbacks include patient tolerance and the need for repeated sessions. By contrast, she said Y90 is better tolerated and can be administered on an outpatient basis but is more complex and more expensive.

Sangro stressed that the 2 technologies, although both forms of transarterial therapy, have different mechanisms of action. He said TACE functions by obstructing the arterial blood flow to the tumor (ischemia) and then delivering a drug; whereas, Y90 is a form of brachytherapy that delivers high doses of radiation.

Additionally, Sangro said that there are “great differences in procedures with TACE” between hospitals and even among interventional radiologists at the same institution; whereas, the procedures with Y90 are “highly reproducible.”

Regardless of what the studies show, clinicians are using both technologies in different patient populations, Sangro said. “Irrespective of the level of evidence, in clinical practice TACE and Y90 are used for a wide variety of patients, tumor burdens, and liver function statuses,” he said.

In the future, Sangro said, the technologies will have to be evaluated on the basis of how they perform in combination with emerging immunotherapies and other agents. 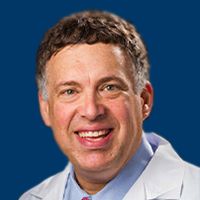