Despite the promise of immunotherapy for treating patients with advanced cancers, the success of using such therapies for progressive gastrointestinal malignancies such as colorectal liver metastases (CRLM) has been limited so far. 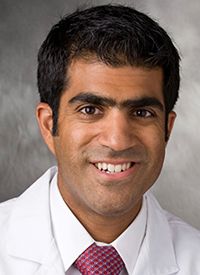 The University of Illinois at Chicago

Despite the promise of immunotherapy for treating patients with advanced cancers, the success of using such therapies for progressive gastrointestinal (GI) malignancies such as colorectal liver metastases (CRLM) has been limited so far. Previous research suggests that success has been restricted, in part, by a lack of known colon cancer-specific tumor antigens, dose-limiting toxicity, and immunoediting. Our team at the University of Illinois at Chicago (UIC) is approaching this problem by addressing the tumor microenvironment rather than identifying specific tumor antigens. We are looking to support immunostimulation of naturally occurring tumor-infiltrating lymphocytes (TILs) in the tumor environment.

In findings published in Cancer Research,1 we reported on preclinical study results that demonstrate a novel ability to decrease the growth of liver metastases from colon cancer using immunotherapy. Specifically, the results confirm that delivery of a therapeutic immune-stimulating cytokine called LIGHT caused T cells to traffic to tumors, resulting in tumor-specific immunity.

It was particularly exciting to observe a profound antitumor immune response without the addition of any other chemotherapy or intervention. To our knowledge, this is the first study to evaluate the effect of LIGHT expression in the tumor microenvironment on the growth of metastatic liver tumors from a primary colon cancer.In our lab, we focused on LIGHT after evaluating specific immune-related genes overexpressed in resected CRLM and determining that increased LIGHT expression was associated with improved patient outcomes.

LIGHT is an acronym for a cytokine homologous to lymphotoxins (“L”) that shows inducible expression (“I”) and competes with herpes simplex glycoprotein D (“G”) for HVEM (“H”), a receptor expressed by T lymphocytes (“T”). HVEM, or herpesvirus entry mediator, is a member of the tumor necrosis factor superfamily encoded by the TNFRS14 gene.2,3

The rationale for the LIGHT study was built on the premise that immunotherapy may play a viable role in treating patients with advanced GI malignancies and on 2 principles substantiated in prior studies: first, that the presence of activated and proliferating T cells within primary colon tumors is associated with improved survival, and second, that CRLM at baseline have low levels of both TILs and LIGHT expression.

In a prior study, we conducted microarray gene analysis on liver tumor specimens from 96 patients who had undergone resection for CRLM. It was discovered that increased LIGHT expression was highly associated with improved overall survival (OS) and recurrence-free survival (RFS; P ≤.01).4 Additionally, we determined that increased expression of TILs and higher levels of LIGHT expression on TILs were associated with improved OS and RFS.

Thus, we hypothesized that increasing LIGHT expression in the tumor microenvironment could enhance T-cell infiltration of colorectal tumors and liver metastases.

To test this theory, we established syngeneic colon cancer cell tumors in a mouse model in which the animals had an intact and unedited immune system.

Tumors in which LIGHT was overexpressed demonstrated an influx of T cells that resulted in rapid and durable tumor regressions, even after LIGHT was removed. In animals with colorectal liver metastases, expression of LIGHT similarly provoked a potent immune response that caused a significant decrease in tumor burden.

These findings potentially address the factors mentioned previously that have limited the successful use of immunotherapy to treat CRLM— lack of specific antigens and toxicity&mdash;because the intervention manipulates the body’s natural defenses to fight the tumor in the same way it has been trained to attack other foreign invaders.

Furthermore, T-cell depletion experiments to verify the induction of antitumor immunity in the model confirmed the critical role of cytotoxic CD8 T-lymphocytes in the LIGHT-stimulated antitumor immune response.Although many questions remain outstanding, our study suggests that new immunotherapeutic interventions for previously unresponsive GI cancers are on the horizon. For practicing oncologists, this research offers insight into the possibility of stimulating antitumor immune responses in traditionally nonimmunogenic tumors such as colorectal and other GI cancers. Supporting TILs within the tumor microenvironment offers a viable strategy that can be coupled with other immunostimulatory interventions.

Certainly, the need for new therapies for this patient population is pressing. GI cancers account for the majority of malignancies worldwide and have the highest 5-year mortality rate. In the United States, colorectal cancer is the third most common cancer and the second leading cause of cancer-related death, with most patients presenting with advanced disease. In colon cancer, the most common site of metastases is the liver.

However, although a combination of advances, including improved patient selection and enhanced perioperative care, has improved outcomes for patients with surgically resectable CRLM, long-term survival is still rare. As such, scientists have long been interested in the use of biologic therapies for metastatic colon cancer to enhance current standard-of-care treatments, and these results are potentially very exciting.