For the first time in over a decade, scientists have identified a first-line treatment that significantly improves survival for people with hepatocellular carcinoma, the most common type of liver cancer.

For the first time in over a decade, scientists have identified a first-line treatment that significantly improves survival for people with hepatocellular carcinoma, the most common type of liver cancer.

Researchers found that the combination of atezolizumab, an immunotherapy drug that boosts the body’s natural defenses, and bevacizumab, an anti-angiogenesis drug that inhibits the growth of tumors’ blood vessels, improved overall survival and reduced the risk of death by 42%. It also decreased the risk of the disease worsening by 41%, and the percentage of patients whose cancer shrank or disappeared more than doubled.

Results from the clinical trial were published today in the New England Journal of Medicine, and the combination is currently being reviewed for approval under the U.S. Food and Drug Administration’s Real-Time Oncology Review pilot program.

“The therapy is a real game-changer for people diagnosed with this aggressive disease,” said the study’s principal investigator and lead author, Dr. Richard S. Finn, a professor of medicine at the David Geffen School of Medicine at UCLA and director of the signal transduction and therapeutics program at the UCLA Jonsson Comprehensive Cancer Center. “We now have a new therapy that not only improves survival for people with the disease, which is very challenging to treat, but that helps them live longer while maintaining a high quality of life.”

Currently, people diagnosed with advanced liver cancer have limited treatment options, and the prognosis for survival is poor. Clinical treatment advancements have been few and far between. Until now, no new first-line therapy has been shown to improve survival since the drug sorafenib was approved in 2007.

Both atezolizumab and bevacizumab are monoclonal antibodies — specialized drugs that attach themselves to specific proteins and disable them — and they have already been used alone and in combination with other therapies to treat other cancers.

Atezolizumab targets a protein produced by cancer cells that shuts down the immune system’s infection-fighting T cells, preventing them from attacking the cancer. Bevacizumab interferes with a tumor’s blood supply, preventing the cancer from growing and spreading through the body.

“By using these two drugs with different mechanisms of action together, we have increased the number of patients who respond to this treatment and have increased the duration of these responses as compared to the standard treatment, sorafenib,” said Finn.

The trial included 501 people, aged 18 and over, from multiple centers worldwide, who had advanced metastatic or unresectable hepatocellular carcinoma. Two-thirds of participants were randomly assigned to receive the atezolizumab and bevacizumab combination, while one-third received sorafenib.

Twelve months after the start of treatment, the rate of survival with the combination was 67.2%, compared with 54.6% for the group on sorafenib.

“Liver cancer is one of the few cancers that is growing in incidence and death rate,” Finn said. “That’s why it’s so important that we now have something in the front-line setting — after more than a decade – that markedly improves survival in this very challenging disease.”

According to the American Cancer Society, liver cancer incidence rates have more than tripled, and death rates have more than doubled, since 1980. Some 800,000 people are diagnosed with this cancer each year, and it is a leading cause of cancer deaths worldwide, accounting for more than 700,000 deaths annually.

UCLA Health has a comprehensive liver cancer program with a multidisciplinary team to bring the latest treatments to people with all stages of liver cancer.

Tecentriq (atezolizumab) and Avastin (bevacizumab) are registered trademarks of Genentech, a member of the Roche Group.

When Stephen Warnock, 62, was diagnosed with liver cancer in the spring of 2018, he didn’t really have much hope. The cancer was advanced and the radiation treatment didn’t do much to shrink his tumor. By the end of summer, he was told there wasn't much left that could be done for him given it had grown significantly and was now invading the blood vessels.

That’s when he decided to take the two-hour trek from Bakersfield, California, to UCLA for a second opinion, the same place that saved his dad’s life when he was battling bone cancer.

He immediately met with Dr. Finn, who helped him enroll in the combination immunotherapy drug clinical trial.

“I didn’t have hope until I went to UCLA,” said Warnock, father to twin daughters and retired construction worker. “They made me feel like I had a chance. I was really lucky to get on this trial.”

“I feel so fortunate that I got to start this trial. The therapy is working and I’m so grateful because there’s not very many treatment options for my disease.” 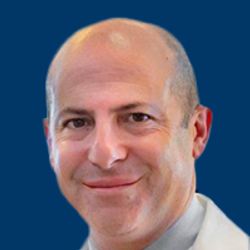 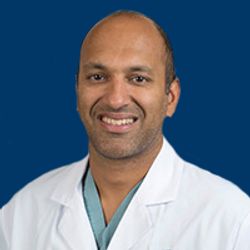